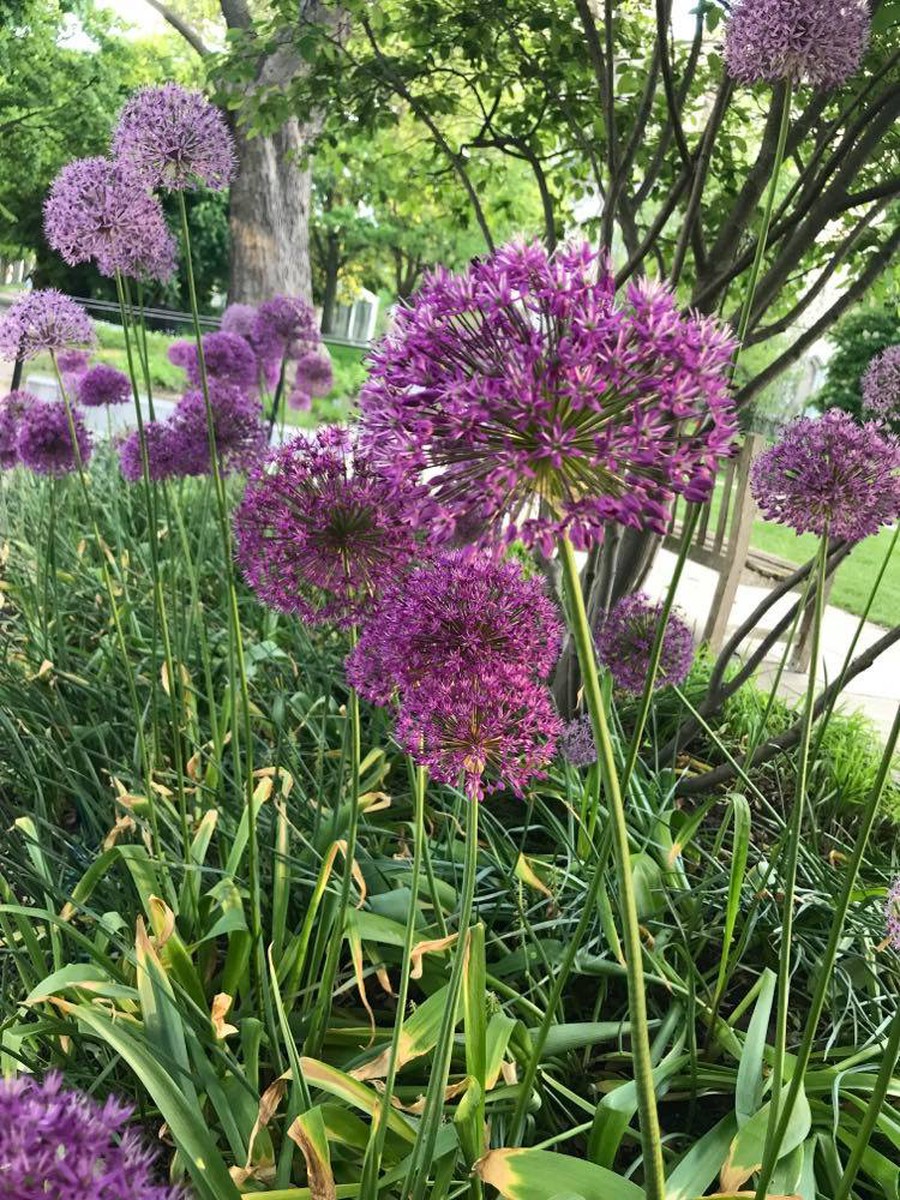 Purple alliums bloom on the Quad.

Max Solomon Lewis, a rising third-year in the College, died yesterday from injuries sustained after being shot by a stray bullet while riding a Chicago Transit Authority (CTA) train on Thursday, July 1. Lewis was 20 years old.

“The University is devastated by Max’s loss. During this sorrowful time, our deepest sympathies are with Max’s family, friends, and all who knew him,” Provost Ka Yee Lee and Dean Michele Rasmussen wrote in an email to the University community on Sunday, July 4.

Lewis was pursuing a double major in economics and computer science, according to the email. He also served as the president of UChicago’s chapter of Alpha Epsilon Pi and the head of operations at Promontory Investment Research.

A subsequent email to the College community from Deans John Boyer and Jay Ellison said that details of any gatherings held in Lewis’s memory would be announced at a later date. Both emails reiterated that counselors at UChicago Student Wellness, academic advisers, and religious advisers are available to support students. The therapist-on-call at UChicago Student Wellness may be reached by phone at (773) 702–3625, and faculty and staff may call Perspectives at (800) 456–6327.

A memorial fund for Lewis has raised more than $37,000 as of Monday afternoon. According to the GoFundMe page, Lewis was riding the train back from his summer internship in downtown Chicago when he was shot.

“Max was an intelligent, caring, compassionate member of the UChicago community and a dear friend to many. He is known amongst friends, peers, and classmates for his kindness, goofiness, grit, impeccable work ethic, and most importantly, his unfailingly genuine soul. He will be sorely missed,” the GoFundMe page reads.

Lewis is survived by his mother, father, and younger brother, as well as many other relatives and friends.

Editor’s Note: We hope to follow up on this article with an obituary memorializing Max’s life and his time as a member of the University community. We ask anyone who has memories they wish  to share about Max to please contact us at editor@chicagomaroon.com.

A student in the College was critically wounded Thursday evening. He is now receiving treatment at the University of Chicago Medical Center.