For Better or Worse, You Are UChicago

The instinct to distance oneself from the slurry of stereotypes that circulate campus is powerful—however, doing so only makes life harder. 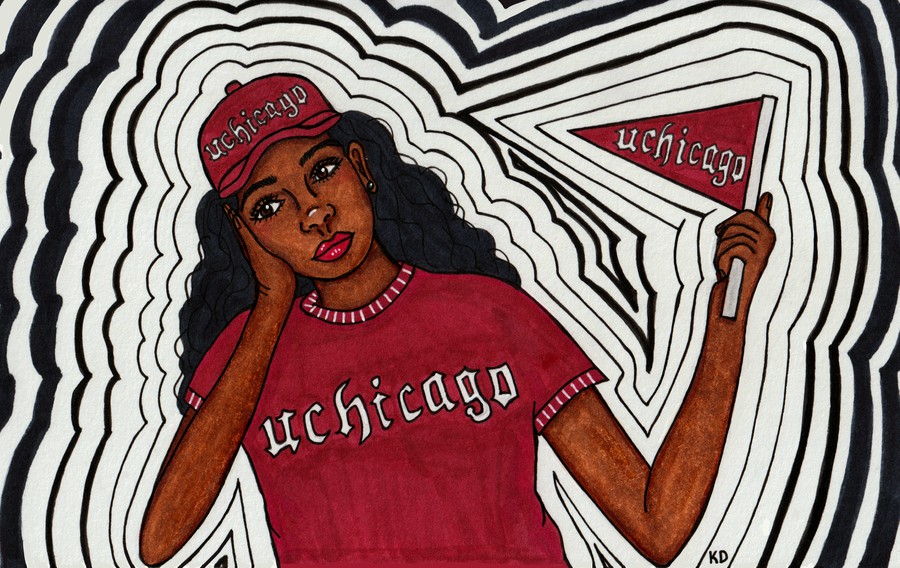 It’s no surprise that the University of Chicago, with its self-proclaimed motto of being a place “where fun goes to die,” has so many miserable students. One source even shows that we had the eighth most depressed student body in the United States in 2019. Students here love to complain, and while students at other colleges do so as well, there’s something different about the conversations that we have. They’re less tongue in cheek and more resigned, frustrated, and bitter.

Many cite academic rigor as the main culprit. This is certainly a tough school (in fact, UChicago was recognized as the fifth-toughest college in the country in 2017). But any student who committed to this place knew what they were getting into. We did it either because we knew we could handle the toughness or because it was something we wanted from our college experience. Other schools of comparable difficulty on that list such as Princeton or Georgetown don’t have the same reputation for misery that we do, so I don’t think the academic difficulty is responsible for the cynicism that is so predominant on this campus. Rather, I think it’s often because of something a little more overlooked: the lack of togetherness in our student body. From what I’ve observed, the unflattering stereotypes that students have of one another are responsible for a certain sense of divisiveness in the community, fueling disdain for the school rather than pride. It’s a form of deep-rooted pessimism that’s fueling a fundamentally disjointed, unhappy environment.

UChicago students don’t seem to like one another—or at least the idea of what they represent. This school has so many student stereotypes that are each considered emblematic of a core aspect of the University, and these aren’t generally positive, which breeds a distaste for the school itself. One common example: With economics being our most popular major comes the archetype of the econ/finance bro, and this character tends to be disliked most by students who hate UChicago for being what they describe as a cold, cruel, capitalist institution. I’m most definitely guilty of a similar aversion myself, albeit to a much different (and probably the most common) UChicago archetype.

The archetype I’m envisioning is the one who works too hard but doesn’t know how to have fun; someone who is solely academically oriented and far too theoretically focused to be a part of the practical, real world; someone who is socially awkward and perhaps a little too eccentric for me to have enough in common with. So I try, both consciously and subconsciously, to distance myself from that stereotype by emphasizing myself as someone who is well-rounded, well-adjusted, and sociable. I know with full certainty that there is a plethora of well-rounded, well-adjusted, and sociable people at this school. But I can never fully shake this image out of my head because it’s been frequently reinforced by my experiences during my two years here. Take, for example, the advice I got from a networking call I had with a recent UChicago alum in February. “When you get to the interviews, make sure they know that you can have a conversation with them,” he told me. “UChicago kids have a reputation for being weird and awkward, so it won’t be hard to stand out from the rest once you do that.” It’s one of many moments when I’ve found myself disheartened by what the image of the classic UChicago student seems to be.

I want to emphasize that I don’t hate UChicago; I'm having a wonderful experience and I don’t regret coming here. But I’ve realized that I, just like every other cynical student, have somewhat alienated myself from this university because of its unflattering stereotypes. We have no school spirit. Instead, we each justify ourselves by saying that we’re not quintessential. But in clinging so firmly to our exceptionality, we’re reinforcing a norm defined by nerdiness, social ineptitude, and factionalism. Perhaps, instead, if we could embrace ourselves as part of UChicago’s culture, not as exceptions to it, we could add a bit of dimension to the perception of our school. We have to stop telling ourselves that we’re not like other UChicago students—that we’re different.

Manya Bharadwaj is a third-year in the College.