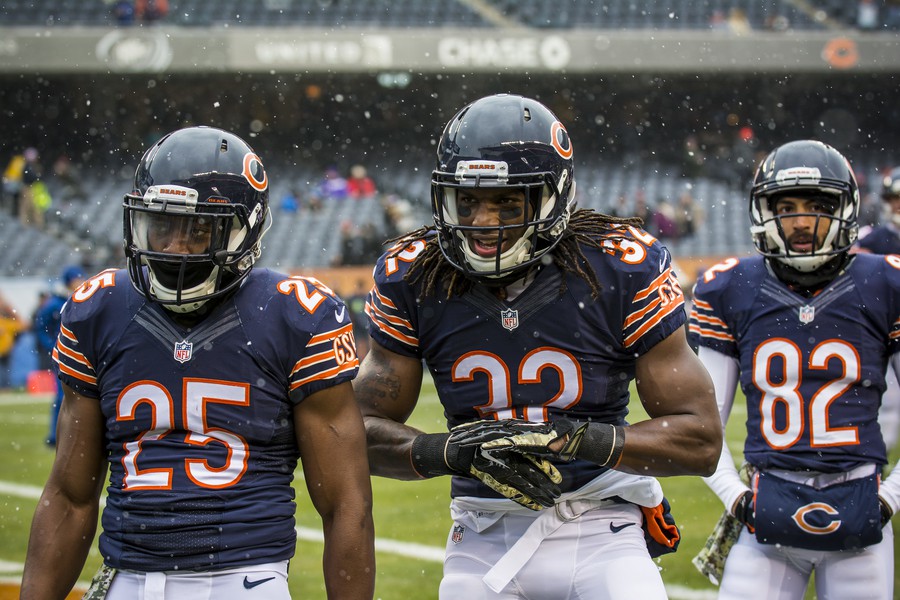 The NFL kicked off its highly anticipated playoffs on Saturday, January 15. The Chicago Bears, however, were nowhere to be seen. They finished their season with a 6–11 record, placing 13th in the National Football Conference (NFC) and third in their division—nowhere near good enough to make the playoffs. Yet despite their lackluster performance, the Bears have still been making headlines with their ongoing search for a new head coach and general manager.

Bears Chairman George McCaskey fired head coach Matt Nagy and GM Ryan Pace immediately after the end of the 2021 season. Nagy and Pace had only one winning season together in 2018, even receiving the Coach of the Year and Executive of the Year awards after leading the team to a 12–4 record and their first playoff appearance in eight years. The team was unable to ride their momentum into the 2018 playoffs, however, as the Bears lost in the first round against the Philadelphia Eagles. Partly thanks to the NFL’s expansion of the playoffs, Nagy took the Bears into the postseason once more in 2020, before the team fell in the first round again.

Pace has become notorious for his poor draft picks, mismanagement of the team’s draft capital, and overpaying veterans. The most glaring example of this was the Mitchell Trubisky trade, where Pace traded the Nos. 3, 67, and 111 picks in the 2017 NFL draft (as well as a third-round pick in the following year’s draft) to the San Francisco 49ers just to move up to the second spot in the draft and secure Trubisky, who quickly turned out to be a bust.

Still, the Bears’ struggles to go far in the postseason had begun long before Pace and Nagy entered the scene. Their last playoff win? 2010. Their last championship? 1985. It had been about time for a revamp.

The recruitment team for the Bears is currently composed of McCaskey; team president and CEO Ted Phillips; Hall of Fame executive Bill Polian; Vice President of Player Engagement LaMar Campbell; and Senior Vice President of Diversity, Equity, and Inclusion Tanesha Wade. The Bears plan to leave no stone unturned in their search for Nagy and Pace’s replacements. As McCaskey said in a recent Zoom call with the media, “We will be thorough, diligent, and exhaustive. It will result in the best possible selections to lead the Bears to success.”

Currently, the Bears have already interviewed many of the names on their long list of GM candidates. McCaskey has also announced that the new GM will report directly to him, instead of reporting to the team president as previous GMs have done. At the top of the list are names like Rick Smith, the former GM of the Houston Texans; Omar Khan, the Pittsburgh Steelers’ vice president of football and business administration; and Champ Kelly, the current Bears assistant director of player personnel.

Rick Smith would be a great hire; he possesses proven experience and success as a GM and head of football operations. He helped build the Texans’ roster and turned them into consistent playoff contenders, drafting stars such as J. J. Watt and DeAndre Hopkins during his tenure. Omar Khan also has an appeal; he has been part of the Steelers office since 2001, and helped the franchise win two Super Bowls since. The Steelers are known for their winning culture, however, and it may be challenging to lure Khan away from Pittsburgh. Champ Kelly, in his seventh season with the Bears, has played an instrumental role in scouting, and his promotion to GM would likely be smooth sailing, since he already knows the ins and outs of the organization. His downside, for fans, lies in the fact that he might not bring about a change in the Bears very quickly.

The top pick for the job so far seems to be Ed Dodds. Dodds has found success with both the Indianapolis Colts and the Seattle Seahawks. He helped build a solid Colts roster with multiple playoff runs as their assistant GM. He also played a huge part in building the Seahawks’ 2014 Super Bowl roster early in Russell Wilson’s career as a national scout and senior personnel executive. He is widely regarded as one of the best NFL scouts and is also known for his no-nonsense attitude—a great quality to have in a GM.

Editor’s Note: Dodds fell out of the running on Wednesday, as he told the Bears he wanted to be withdrawn from consideration.

The head coach search also includes a wide range of candidates. The largest debate for the Bears seems to be between offensive and defensive-minded coaches. The Bears have already interviewed a few defensive specialists, such as Matt Eberflus, the defensive coordinator of the Indianapolis Colts, and Brian Flores, who was recently fired as the head coach of the Miami Dolphins. However, many people are pushing for the Bears to hire an offensive-minded coach who can better develop young quarterback Justin Fields, who has shown real potential in his rookie season.

Among the choices so far, the favorite must be Brian Daboll, the current offensive coordinator of the Buffalo Bills. Daboll interviewed with the Bears on January 16, but the decision was already solidified in the minds of many fans after the Bills game the day before. The Bills blew out the Patriots in a historic 47–17 win in the Wild Card Round, the first round of the playoffs. Many Bears fans took to Twitter to express their excitement with Daboll and the Bills’ performance, commenting on the success of Bills’ quarterback Josh Allen and how Daboll could do something similar with Fields, who has proven to be a similar athlete. As one fan said on Twitter, “Brian Daboll’s offense is putting on a clinic tonight.… Put Justin Fields in this system… goodness.”

Regardless of who McCaskey and the Bears decide to hire, the new GM and head coach will have their work cut out for them, with significantly large holes in the team’s current roster. The Bears will need to add a wide receiver, a safety, and at least three spots in the offensive line to their starting lineup next season. The new head coach will also be expected to rebuild the offensive and defensive systems and hopefully harness the potential of Justin Fields as the cornerstone of the offense. It will be exciting to see the hires work together, point the team in a new direction, and take steps towards a much-needed playoffs run.

These decisions will likely be made in the next few weeks, and will no doubt determine what lies ahead for the Bears. Fans can only hope that the new GM and head coach will waste no time getting down to business and making effective changes. The Bears’ season might be over, but their future is just getting started.