After 10 Years, David Axelrod to Step Down as IOP Director and Become Chairman of Advisory Board 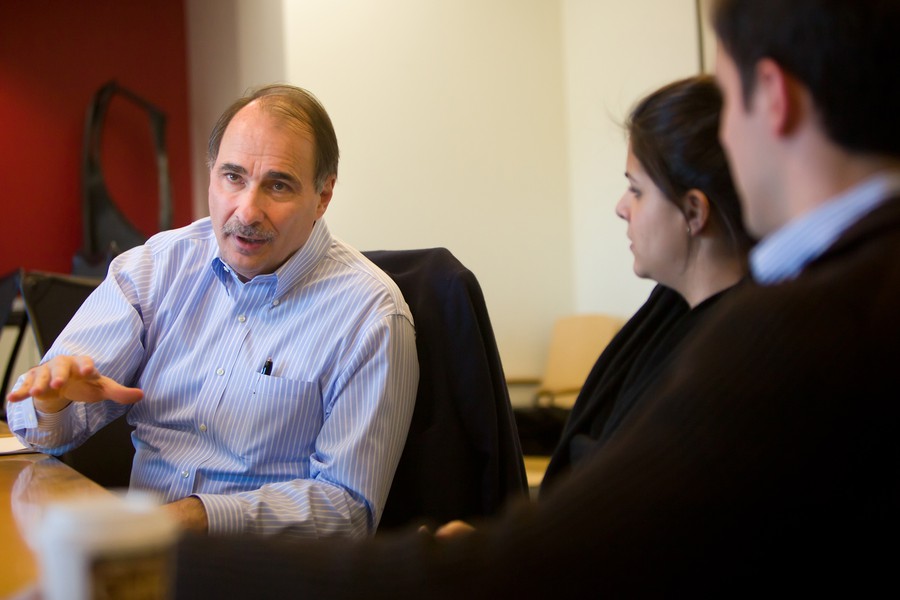 David Axelrod, former chief strategist and senior advisor to president Barack Obama, announced Tuesday morning that he will be stepping down from his position as director of the Institute of Politics (IOP), which he helped found in 2013.

“I believe strongly that change and renewal are necessary and important.… Next year, the IOP will benefit additionally from the fresh energy and perspective a new director will bring,” Axelrod wrote in an announcement on the IOP’s website.

Despite his decision to step down, Axelrod assured students that he would remain engaged in the IOP’s programming. “In January [2023], I will become the chairman of the IOP’s Board of Advisors and will assume a new post as a Senior Fellow, returning for events, mentoring and any other mission for which I am called.”

Axelrod rose to prominence as the chief architect of both of Obama’s presidential campaigns. He was also a senior advisor to the president from 2009–11. Before his time in national politics, he received an A.B. in political science from UChicago in 1976.

“We’ll be making the University of Chicago a top destination for newsmakers, political actors, people in the public arena,” Axelrod said in 2012 of his decision to found the IOP. In his announcement on Tuesday, he said that the IOP has provided UChicago with “a vital center to challenge, encourage and inspire young people to play an active role in our democracy and the world around them.”

The IOP is the University’s nonpartisan political institute, offering internships, fellowships, and career advising to those interested in political studies or a career in politics. Its popular speaker series frequently draws prominent state and local representatives, jurists, and political thinkers.

Axelrod will become chairman of the IOP's board of advisors in January 2023. In a letter to the IOP’s student leadership, Axelrod thanked members of the IOP for maintaining a rich and robust program. “In dispiriting times, you’ve given me the greatest gift, and that is hope in the future. I cannot count how many times you’ve made me smile, tear up, and most importantly—think!”