Bring Out the Romance: Rom-Coms to Watch Around Valentine's Day 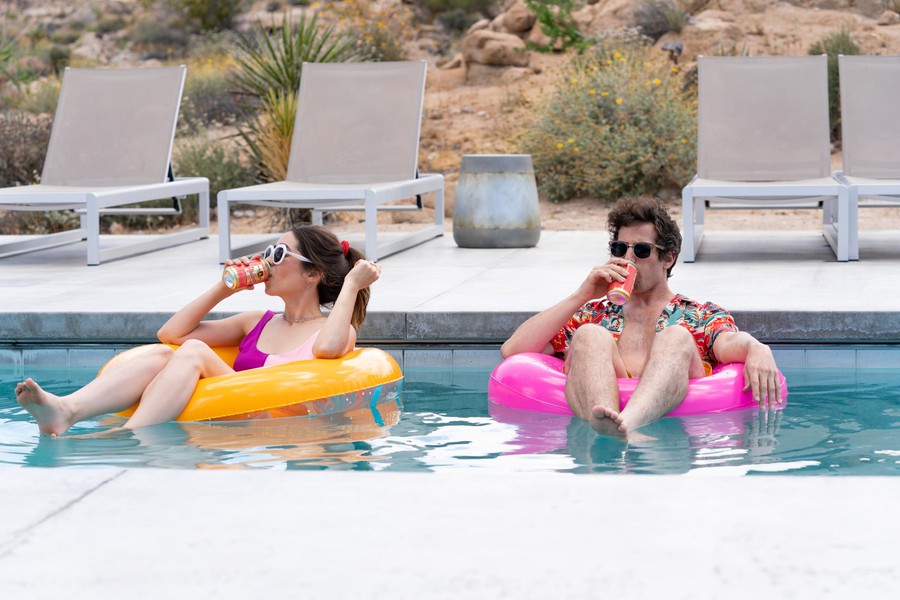 It’s (basically still) Valentine’s Day! Love is in the air, hopeless romanticism fills our lives, and we feel the need to stuff our faces with chocolates. No matter your relationship status, it is of utmost importance that you watch at least one romantic comedy. Not only do rom-coms make you want to be in a relationship, but they also provide that exciting ability to fantasize about your next romantic encounter. To ring in the spirit of the holiday, you’ve got to sit down and put yourself in the shoes of the beautiful and handsome protagonists of these stories.

That being said, it may be a little difficult to pick out a movie to watch with your significant other, your gals or guys, or even just by yourself. To help out, here are my top choices to watch around February 14.

For the avid rom-com watchers out there, it is clear that I have left out some of the most well-known rom-coms. Movies like When Harry Met Sally, 13 Going on 30, Love Actually, and Notting Hill are classics, but I wanted this list to include more modern or lesser-known movies.

Let’s be real here, Netflix rom-coms are not usually to die for. Netflix uses cringey, cheesy lines, and most of the plots are pretty bland. But Love Hard is a genuinely enjoyable movie.

Love Hard follows Natalie Bauer (Nina Dobrev), a writer who documents her terrible dates. She meets meets a charismatic, handsome man named Josh Lin (Jimmy O. Yang) on a dating app and decides she likes him so much that she flies out to meet him only to find out that she has been catfished by Josh, who looks nothing like the photos on his profile. Josh promises Natalie that if she pretends to be his girlfriend to appease his family, he will hook her up with Tag (Darren Barnet), an attractive bachelor who lives around town. And the rest is history!

Even after laughing at the plot holes and the often unnatural dialogue, one can’t help but “aww” at the romance that blossoms in this movie. I wouldn’t necessarily call it the world’s best rom-com, but I would suggest it for anyone looking for something less known. 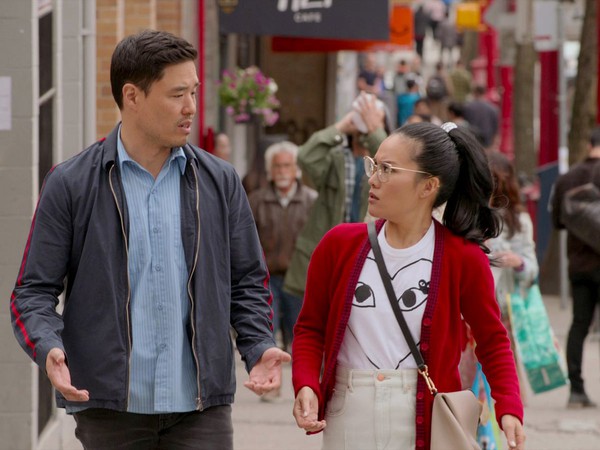 When "Always Be My Maybe" came out, I rushed to the TV to watch Ali Wong and Randall Park (absolute heartthrobs) fall in love in this adorable rom-com.

When Always Be My Maybe came out, I rushed to the TV to watch Ali Wong and Randall Park (absolute heartthrobs) fall in love in this adorable rom-com.

To give a little synopsis: Growing up, Sasha Tran (Ali Wong) and Marcus Kim (Randall Park) were extremely close. When Marcus’s mother dies, the two are unable to cope in a healthy way, so they grieve instead through a moment of romance. The brief romance wedges a divide between the two, and years pass before they ever speak again. In that time, Sasha becomes a bigshot chef, but Marcus remains at home. When Sasha comes back to her hometown and Marcus is still around, things change. The two butt heads about their lives and priorities, but neither can deny the fact that sparks are still there. One thing leads to the next, and Sasha and Marcus find their way back to their high school romance.

What I love the most about this movie are the nerdy little high school flashbacks where we get to see our very own Ali Wong playing an awkward, uncomfortable teenager (it feels a lot like watching her character in Big Mouth). I also enjoy the commentary we get on healthy grieving processes and the difficulties that come with loss. Always Be My Maybe also brings us the Asian representation we have often missed in rom-coms of years passed.

If you want a rom-com that comes with a rollercoaster of emotions, Always Be My Maybe is the one for you. Plus, it’s got a really catchy, punny name.

Final score: 8/10 (+10 metaphorical points on the good movie scale for the name)

Something I have always found odd about 2000s and early 2010s rom-coms is the fact that they always have very random casts. This movie is really no exception. Forgetting Sarah Marshall stars former sitcom actors Mila Kunis and Jason Segel. (It’s sort of ironic that Segel, who played Marshall in How I Met Your Mother, is chasing a girl named Sarah Marshall.) Not only do we have these two major actors, but the movie also stars Kristen Bell, Russell Brand, Paul Rudd, Bill Hader, and Jonah Hill. It’s an insane cast.

Forgetting Sarah Marshall is all about Peter Bretter (Segal)’s breakup with his girlfriend, Sarah Marshall (Bell). Sarah leaves Peter for Aldous Snow (Brand), and in utter despair, Peter decides to go to Hawai’i, unaware that his ex-girlfriend is there. At the hotel, Peter meets Rachel Jansen (Kunis), a receptionist at the hotel, who pities him and gives him a room upgrade. The romance blooms between the two, but Sarah’s relationship with Aldous fails and she tries to rekindle her love with Peter. Chaos ensues.

This movie is incredibly quirky, with a lot of sexual innuendos and the inclusion of a weird Dracula-inspired rock opera written by the protagonist. Not only is the movie sweet, but it’s just overall enjoyable for its humor. Fair warning for those of you ready to watch this movie: There is quite a bit of nudity, and you see quite a bit of Segel.

You can’t have a best rom-com movie countdown without including the iconic Clueless.

Clueless follows Cher (Alicia Silverstone), a fashion-forward, well-off teenager whose ex-stepbrother, Josh (Paul Rudd), teases her about her misguided goals. She plays matchmaker throughout the movie until she eventually realizes that the match she had been trying to arrange between her friend Tai (Brittany Murphy) and Josh has made her jealous and unhappy. She realizes her true feelings but can’t seem to admit them. I would argue against protagonist narration in most movies, but Clueless does narration just right, giving us that perfect mix of internal and external drama.

Sure, the plotline is a bit questionable when it comes to the whole “stepbrother” situation, but ignoring that fact, this movie is timeless, romantic, and a wonderful watch. If Paul Rudd and Alicia Silverstone can’t sell you on Clueless, I don’t know what can.

What’s Your Number? has always been my go-to rom-com when all else fails. Though the movie may come off a bit ridiculous or even trashy in its humor, it has a nostalgic feel that always brings me back to it.

What’s Your Number? is a commentary on the pressures placed on women in regard to their “body count,” or the number of men they’ve had sex with. Ally Darling (Anna Faris) believes that the 20th man she has sex with will be the man she marries. When she wakes up one morning after being with her twentieth man, she becomes frustrated and believes that she has to go back through her entire dating history in order to find her one true match. Her next-door neighbor Colin Shea, played by a pre–Captain America era Chris Evans, promises to help her if she lets him into her apartment to hide from the women he sleeps with. Together they search for Ally’s true love, but not without finding themselves in their own romantic entanglement.

The movie encapsulates the 2010s style of comedy and romance in its own quirky way. We even get a cute yet kind of odd Andy Samberg cameo (he’s a nerdy ventriloquist…which sort of speaks for itself).

At this point, I should admit that I am a huge Andy Samberg fan. For that reason, I absolutely adore this movie. After seeing it about six times (once even without volume), I can easily say it’s one of my all-time favorite rom-coms.

Samberg takes his own little spin on the classic Bill Murray film Groundhog Day, setting Palm Springs in Palm Springs, California, where a wedding is taking place. We meet Nyles (Samberg), who is living this wedding day over and over again due to some magical energy keeping him in a time loop. One night he accidentally brings fellow wedding guest Sarah (Cristin Milioti) into the time loop. A romance blooms between them as Sarah tries to escape the loop while Nyles believes there is no way out. This movie has an interesting feminist spin with a wonderfully romantic end.

Palm Springs is the perfect middle ground between simply remaking an old classic and bringing new, more modern elements into the mix. Further, it is one of the only movies that could use a montage sequence without making me want to vomit in disgust. If you were to pick just one movie to watch on Valentine’s Day, make it Palm Springs.