Photo Essay: Students for Justice in Palestine Take Their Advocacy to the Main Quad 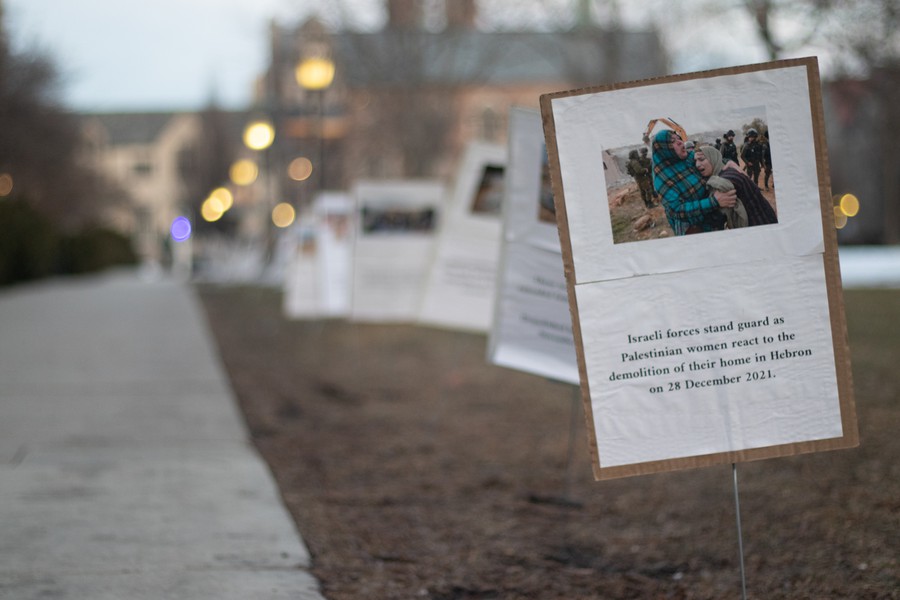 The UChicago chapter of Students for Justice in Palestine (SJP) installed signs, banners, and flags across the main quad on Tuesday morning to protest home demolitions in Palestine. Photojournalist Eric Fang documented the demonstration for The Maroon. 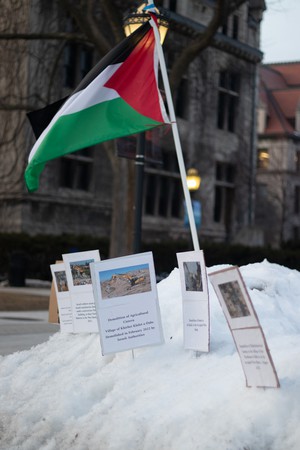 Dozens of small signs bore photographs and documentation of efforts by the state of Israel and the Israel Defense Forces (IDF) to displace lawful Palestinian homes and villages. Large banners scattered across the quad were printed with QR codes that redirected observers to online documents that contained longer accounts of the Israel-Palestine conflict. 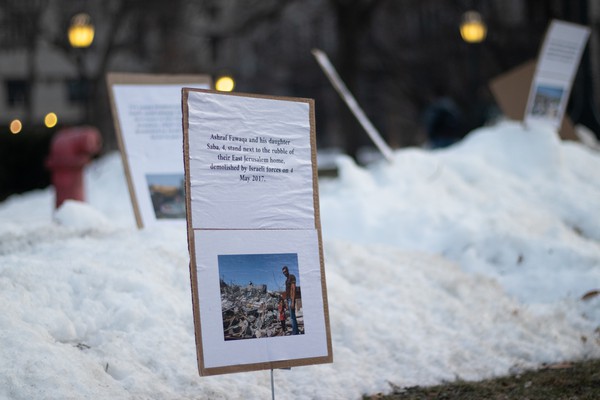 Eric Fang / The Chicago Maroon
SJP referred observers to a public statement detailing the initiative behind the installation. The Maroon was unable to reach either SJP or Hillel for comments. 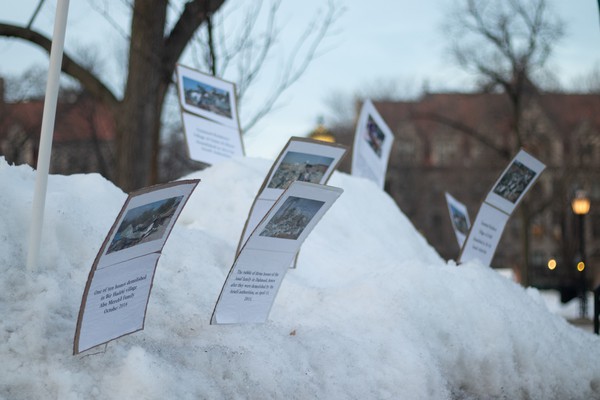 The installation has been removed as of Wednesday morning. 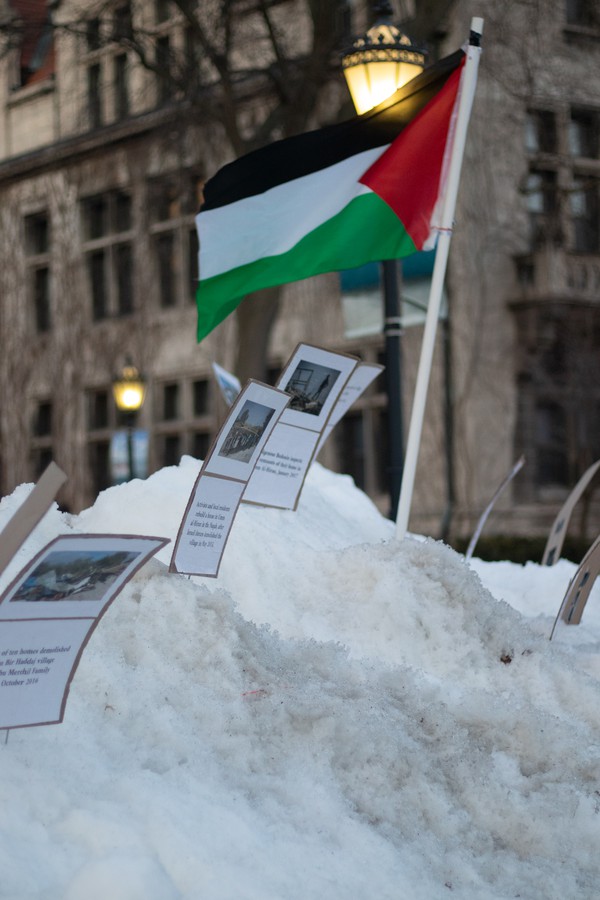 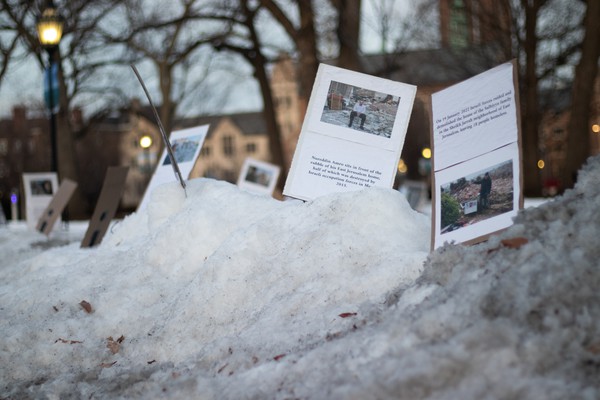 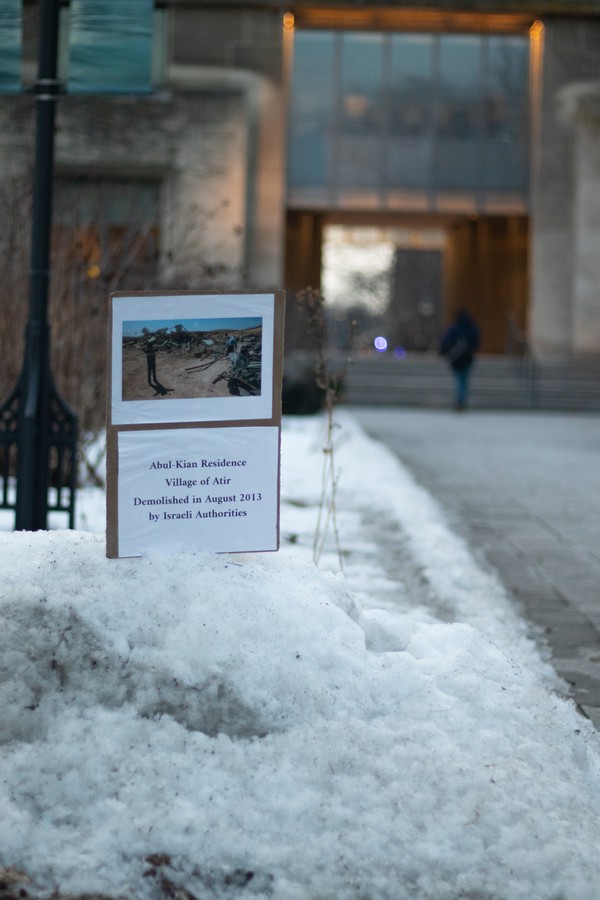 The Maroon regrets that a previous version of this photo essay incorrectly referred to Palestinian homes and villages as settlements, and the documentation of the conflict as anecdotes, minimizing the harm being done to Palestinians and therefore perpetuating that very harm. The language has been updated to reflect the history and the reality that Palestinians are facing.