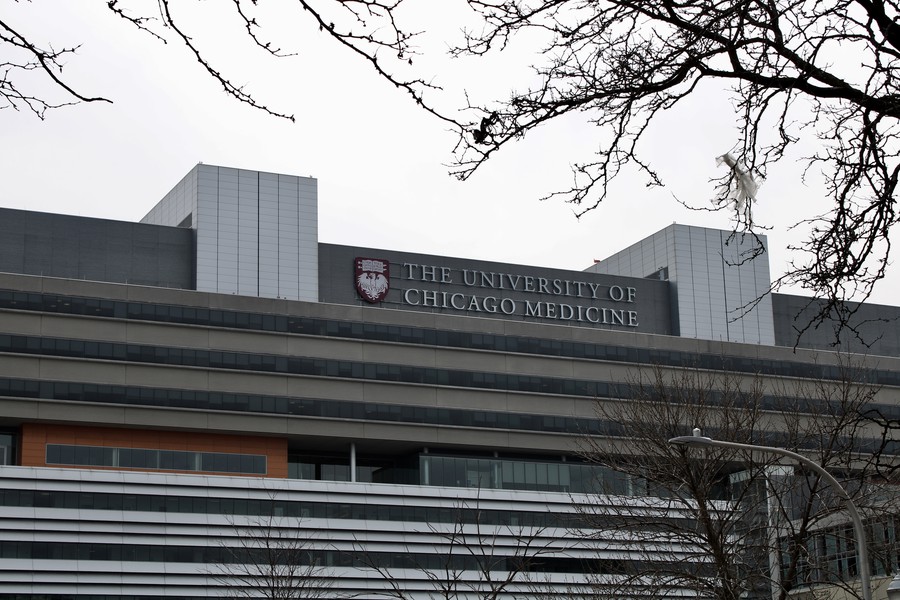 On Thursday, University of Chicago Medicine (UCM) officials announced plans for a new, 128 bed, 500,000 square foot standalone cancer hospital to be built on the UCM campus in Hyde Park.

Pending regulatory approval, the University plans to break ground on the $633 million facilty in 2023 and open it by 2026. Once in operation, the new hospital is expected to see around 200,000 outpatient visits and 5,000 inpatient admissions every year. The new hospital will open with 128 beds, 100 exam rooms, stem cell treatment and processing facilities, imaging facilities, chemotherapy and radiation services, genetic testing and counseling options, and spaces for clinical trials and research.

According to a University press release, one of the main goals of the new facility is to help address health inequities which have plagued the South Side. “Cancer death rates on the South Side are almost twice the national average, and cancer is the second leading cause of deaths for residents in the area,” according to Kunle Odunsi, M.D., Ph.D., Director of the Comprehensive Cancer Center at UCM. He was further quoted in the press release, saying, “Social determinants of health are not only linked to adverse environmental exposures but also to a lack of resources, including access to disease prevention, early detection, and high-quality cancer care.”

In the press release, the University said that about 56 percent of South Side cancer patients leave the area for care. With the new center, officials hope to improve the patient experience by putting all of the services they need to access in one building. They also hope the space will free up beds for patients with non-cancer ailments in the current medical center.

“We want to design a place that brings back the human side of healthcare, one that really thinks of people as individuals and not as a breast cancer patient or a colorectal cancer patient,” UCM President Tom Jackiewicz said. “They will be seen as an individual and as families coming to us for the best cancer care available.”

Currently, UCM holds a “comprehensive” designation from the National Cancer Institute (NCI), making it one of only two facilities in Illinois to hold what is considered the NCI’s “gold standard.”  In the press release, the University described itself as "uniquely positioned to reimagine cancer care for the community and the City of Chicago.”

University officials submitted a Certificate of Need (CON) request to the Illinois Health Facilities and Services Review Board earlier this week. The initial request seeks approval to spend money on planning and designing the new facility in order to inform a later CON request planned for the fall which will seek approval for the construction of the facility. If all goes to plan, the University claims that the construction process will generate more than 500 construction jobs, with at least 41 percent of contract dollars going to minority- and women-owned firms.