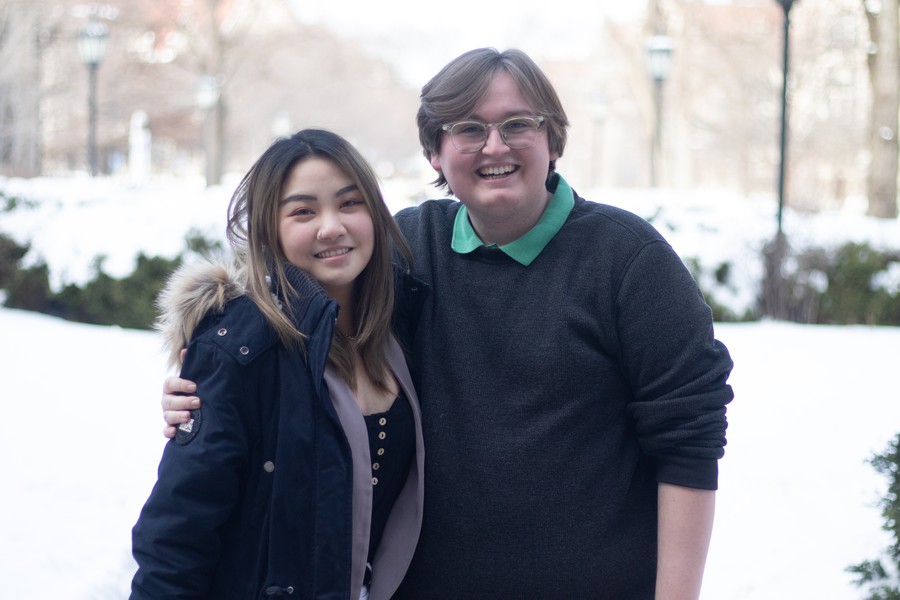 Gramlick, a third-year global studies and Spanish major, joined The Maroon as a columnist in fall 2019, becoming an associate Viewpoints editor in February 2020 and head Viewpoints editor in September 2020. He has authored columns on loneliness, Core classes, and complaining and has served as a member of The Maroon’s editorial board and diversity, equity, and inclusion (DEI) working group.

“Yiwen and I believe that we need to reevaluate what our mission as a newspaper is,” Gramlick said in his election speech. “From investigating scrupulously every action the University makes…to capturing to the best of our ability the realities of people living around us, we know that The Maroon has the potential to make a meaningful difference in the ecosystem of communities we’re connected to.”

Lu, a third-year economics and political science major, joined The Maroon as a news reporter in winter 2020, becoming a deputy news editor in October 2020 and a full news editor in January 2021. Lu has covered many breaking stories over the past year, including the referendum to split Student Government; rallies held in the wake of Shaoxiong Zheng’s murder on November 9, 2021; and a lawsuit filed January 9 that accused the University of violating antitrust laws. She has also served on The Maroon’s DEI working group and editorial board.

“Many of those stories are surprising, to say the least, and sometimes heartbreaking, and I can’t put into words how much I appreciate the people—the people in this room and beyond the Maroon team—who volunteered their time and effort in covering the most important news that matters to the UChicago community and beyond,” Lu said in her speech. 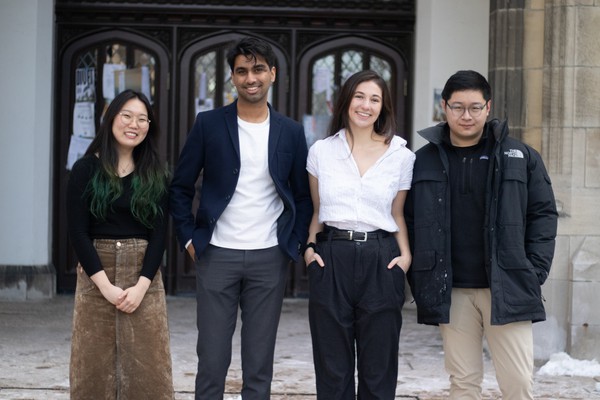 In her closing remarks, Rorty reflected on her year as co-editor-in-chief and her hopes for the future. “It’s been a truly positive year, as I think everyone in this room can attest to,” she said. “[Gramlick and Lu] are two people who see journalism as public service and who tirelessly work to hold [the University administration] accountable but also to uplift voices that are often spoken over at UChicago and beyond. I can’t think of two better people to lead the paper.”