Optimistic and Enthusiastic, Dayglow Shone at House of Blues 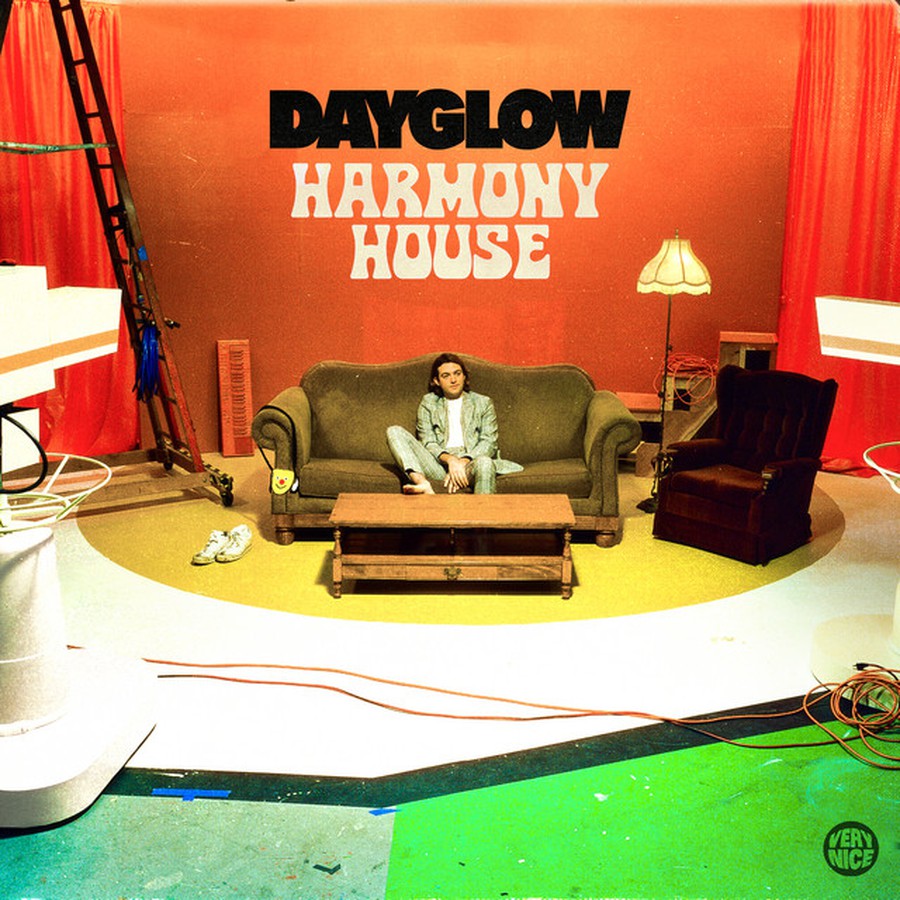 Dayglow's most recent album, "Harmony House," which was released in 2021.

On tour for his most recent album, Harmony House, Dayglow (real name Sloan Struble) is just as sunny as his name suggests. I know that was a bad pun, but honestly, when a guy prances around in a dapper suit and enthusiastically performs a cowbell solo, how can you not comment on his infectiously cheerful disposition?

At one point during his concert at the House of Blues in Chicago’s River North neighborhood, my friend leaned over and said, “Oh my god, he’s like an indie Michael Bublé in the best way possible.” I would say that’s a very apt description. Dayglow is able to channel Bublé’s relentless optimism into his performance style without it feeling forced or commercial. Although I know it is impossible for a person to be so dang happy all the time, Dayglow’s awkward dad dancing and shoulder shimmying across the stage felt genuine. As I surveyed the crowd, it was hard to find someone who wasn’t affected by Dayglow’s bright energy. Forget the stereotype of the teenage fangirl; at this concert, there was a group of three six-foot teenage fanboys wearing backwards baseball caps who must have gotten their steps in jumping up and down to every single song. I’m betting they also lost their voices the next day considering they screamed “I love you Sloan!” at every possible opportunity.

The setlist was carefully constructed. The show started with “Something,” the opener of his sophomore album. The upbeat drum intro was a catchy beginning to the performance, but it was clear that Dayglow was saving his biggest hits for further into the concert. The performance really began to pick up on the fifth and sixth songs, “Hot Rod” and “Balcony,” hit singles from Fuzzybrain and Harmony House respectively. I may be biased because those are two of my favorite Dayglow songs, but they’re my favorites for a reason: The melody of the “Balcony” chorus is infectious and seems to have been created for a live sing-along. The instantly recognizable introduction to “Hot Rod” caused excited screams from throughout the venue as the opening melody filled the room.

Around the halfway point, Dayglow pulled out his acoustic guitar for his more vulnerable songs. As the audience swayed to the atmospheric synths and guitar strums of “Fuzzybrain,” it became clear that Dayglow’s talent is palpable. As the lights behind him glowed pink during his performance of “Woah Man,” Dayglow was able to make a large concert venue feel like a bonfire sing-along. Putting most of his slower tempo songs one after the other was a risky move, as it could easily make the second third of the concert feel lethargic. However, Dayglow’s energy and stage presence kept the audience engaged and made the final third of his concert where he included his biggest hits even more exciting.

In the final third of the concert, the audience danced and bobbed along to “Can I Call You Tonight.” When Dayglow concluded with his lead single off Harmony House, “Close to You,” the audience was hollering for an encore. He soon returned with “Run the World!!!,” and as the lights glowed red and the guitar player adopted a more insistent, edgier tone, I wondered what Dayglow would sound like if he ever made songs that were a little angrier.

A common complaint against Dayglow’s music is that it all sounds the same, but can you really blame him for sticking to the same sound when it has garnered him such an enthusiastic audience? What Dayglow does, he does well.  His aesthetic and persona are so well constructed that it is understandable that he may not want to mess with his success. But looking forward to future music, I for one am more excited by the possibility that Dayglow will expand upon his emotional and sonic range than by the idea of him repeating his previous successes. However, judging by the enthusiasm of the audience, I’m the only one who feels this way. It seems as though Dayglow’s fans go to his concerts because in an indie music scene full of angry and jaded songs, they are looking for music that feels hopeful, and who am I to judge them for that? So if that’s the case for you too, and you’re looking for an artist who is bright and cheery yet still real, then I can’t offer a better suggestion than turning on one of Dayglow’s albums, or better yet, seeing him live.