“The Context Behind the Crisis” covered the history, motivations, and potential outcomes of the Russian invasion of Ukraine. 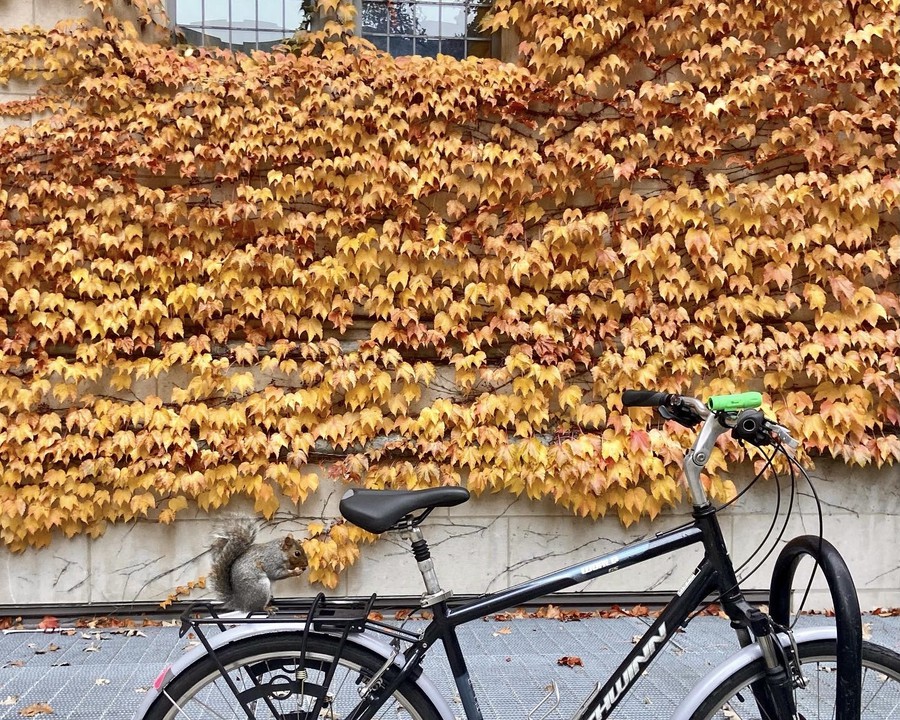 Faith Hillis, professor of Russian history, and Monika Nalepa, associate professor of political science, discussed the historical context of the Russian invasion of Ukraine and offered speculation about the nations’ future during a Zoom webinar last Friday, March 4. The discussion was moderated by Seth Green, the dean of the Graham School. Over 3,000 students and University affiliates registered to attend.

Both scholars agreed that Ukraine has been important throughout Russian history, producing many important academics, military heroes, and other prominent cultural figures. “Ukraine is really important in Putin's vision because it's been a fulcrum of Russian history, and it's often determined the future of Russia itself,” Hillis said.

Yet during the Soviet era, Ukraine was a bulwark of resistance to Soviet rule. After the fall of the Soviet Union, Ukraine regained independence for the first time since 1922.

In the period between the rigged 2004 Ukrainian presidential election and the 2014 Russian invasion of Crimea, Ukraine oscillated between Russia’s sphere of influence and aspirations to join the European Union, ultimately leading to Ukraine’s push in the last 8 years to join the EU. “Russia’s Vladimir Putin and increasingly authoritarian regime [are] very unhappy with the fact that this country that used to be a former Republic, and that [Putin] saw largely as a buffer between himself and the West, is now turning to become westernized itself,” Nalepa said.  Hillis agreed, saying, “​​The reason we have a war right now, I think, is because Putin can't abide Ukrainians’ right to sovereignty and their ability to make domestic and foreign policy as they see fit.”

Green then asked how Putin’s background and style of governance might help people understand the events of the present.

Hillis cited two historical moments as fundamental in shaping Putin’s worldview. The first was Imperial Russia in the 19th century, which she believes has inspired Putin’s ideology. “I think he does not want to reconstitute the Soviet Union…but instead I think he wants to reconstitute the Russian Empire and its guiding ideologies, which were orthodoxy, autocracy, and nationality, except now under the power of a very sophisticated police state that uses facial recognition and other technologies,” said Hillis.

The second crucial moment was the collapse of the Soviet Union in the 1990s, which Hillis believes is both a source of motivation and a force which helps keep Putin in power. “I think this is where the emotional repertoire for Putin and Putinism comes from: this mix of perennial victimization and anger and brutality. Putin emerged to end this chaos, and that's why he has remained popular, but he's also consistently channeled these negative emotions and appealed to them.” The 1990s were economically and politically devastating for the former Soviet Union, and the effects of this can still be seen today.

Nalepa highlighted the end of World War II as a crucial moment in Putin’s regime.  “There was also a very prominent moment in his political career when he was reminiscing the victories of Russians during World War II, which in Russia, is called Оте́чественная война́ [at-yech-est-ven-na-ya vai-na], which means the Patriotic War. It's virtually the only country in the world which calls World War II its own Patriotic War,” Nalepa said. “I think that ties into his use of excuses for what he's doing now as denazification: He's channeling those same sentiments, I think, that have aroused very vivid memories.”

Nalepa views the war as a strategy for Putin to further solidify his control of Russia: “Wars allow rulers to assert this role of commander in chief and allow them to really centralize their role, which is something that I think Putin has always aspired to do, even in his early reforms of demoting governors and withdrawing powers from the regions towards the center.…What we're seeing now is the gradual increase in censorship and the shutting down of civil society.”

When asked about the recent sanctions imposed on Russia in response to the war, Hillis and Nalepa agreed that America is ignoring a critical point of leverage. “The energy sector is explicitly excluded from the current US sanctions on Russia, and Russian oil and gas are extremely valuable. I think that the US, EU, and UK buy something like $770 million a day of Russian commodities,” Hillis said. “The question though, again, is whether that economic pressure is enough to push Putin to de-escalate.” She has also explored this idea in a column written for *The Atlantic* two days after the invasion.

Nalepa commented on the potential hazards of pursuing this route. “This puts the US in this precarious situation where in order to not buy gas from Russia, we would have to buy it from other rogue states. The only thing is that they're a little less rogue than Putin right now. So we basically would have to lift sanctions on Venezuela, Iran, and start trading with Saudi Arabia again,” Nalepa said. “Again, this is a moral dilemma but then as it is with moral dilemmas, there's no right choice: There’s just less-wrong choices.”

On March 8, the White House announced a ban on Russian oil and gas imports to the United States in order to further discourage the war in Ukraine.

Towards the end of the event, the discussion moved to speculation about what the future might hold for Ukraine and Russia. “I think Ukraine risks basically being reduced to rubble, as Syria was. We're already seeing thermobaric bombs being used in urban settings,” Hillis said. “I think the hope was that these sanctions would push Putin to a breaking point or create some kind of oligarchic uprising or something to topple him. But I think it's also possible that he feels himself pushed against a wall and gets more and more radical and more and more violent. So, that remains to be seen, but it's just a disaster for the entire region.”

As for the future of Russia, Nalepa and Hillis agreed that there is a possibility of a complete overhaul of the Russian political system. “Moments of regime change are moments where countries, people, and society in general are extremely vulnerable and all kinds of things can happen, but also beautiful things can happen. So I think we just have to be hopeful that once this is over, I definitely would not cross out the possibility for Russia becoming a democratic state in the future,” Nalepa said.

“The situation’s extremely volatile, and, again, I think we're both being pessimistic. I think history gives us many reasons to be pessimistic,” said Hillis. “But certainly things could also really look very different, not only a year from now, but maybe even a month or two from now, in the whole region, so I think you have to stay tuned on that.”