While some believe that lifting the mandate will benefit student learning, others feel that the move was premature given the heightened positivity rate in winter quarter and insufficient policies to protect immunocompromised people. 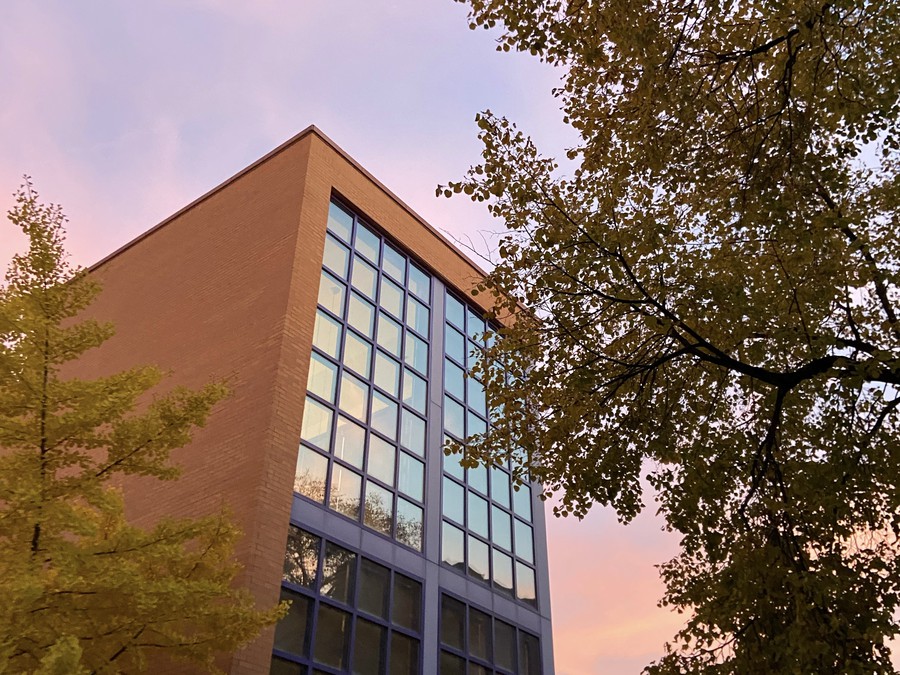 Starting Friday, March 4, masks were no longer required in residence halls, campus stores, dining halls, and cafés. From concerns over health to support for the new policy, opinions in response to this update varied across campus.

Masks can still be required by the Student Wellness Center and COVID-19 testing sites but are no longer mandated by the City of Chicago, in accordance with its updated mask policy, which no longer orders businesses and restaurants to require patrons wear masks and show proof of vaccination. In a statement to The Maroon, University spokesperson Jeremy Manier emphasized that the policy adheres to suggestions from “local and federal public health agencies, as well as input from experts at UChicago Medicine.”

Economics lecturer Allen Sanderson supported the University’s policy shift. In response to a request for comment from The Maroon, Sanderson said, “As an economist, I live in a world of benefits versus costs and tradeoffs. There are costs to ‘mask up’ policies, lockdowns, social distancing, and quarantines.”

He went on to praise the administration’s decision, saying, “I think this University has done far better than most of our peers and institutions of higher education in general in terms of keeping costs on our students, staff, and faculty low.… But the costs of these policies are certainly not zero.”

In his capacity as the instructor of two 200-person classes, Sanderson acknowledged the challenges associated with COVID-19: “I have not been as effective in the classroom or office hours as I think I have been pre-COVID.”

“And it pains me to see what folks have gone through,” Sanderson added. “Do I think that the more relaxed mask policies will pose significant risks to our students? No.”

In an interview with The Maroon, William Mazzarella, a professor of anthropology in the College, noted the exclusionary aspect of the University’s latest update. Mazzarella was a signatory on an open letter to President Paul Alivisatos, Provost Ka Yee Lee, and Executive Vice President Katie Callow-Wright earlier this the quarter asking the University to extend online learning.

“We’ve been dealing with an impatience to get back to something like normal,” Mazzarella said. “We often hear people saying, ‘Well, it’s fine unless you have a preexisting condition or you’re immunocompromised,’ which effectively creates a very ableist kind of environment. Many of us effectively are expected to experience a kind of non-participation in social life so that everyone else can just go back to normal.”

Mazzarella also felt that the University was hasty in its decision to lift mask requirements: “I think we’re all kind of over it at this point. But the problem is that it’s not over. I think that’s the issue we’re dealing with.… We’re all exhausted and want to be back in person with friends and family and students. But the pandemic isn’t over. It just doesn’t make sense to drop the mask mandate so quickly.”

Graduate Students United (GSU) shared similar concerns. On September 16, GSU published an open letter to Chancellor Robert Zimmer, Alivisatos, and Lee demanding that the University allow for conversation with the group and respond to its petition for COVID-19 relief measures. In a statement to The Maroon, the group expressed its disappointment with the University’s decision on lifting its mask mandate.

“[U]niversity officials provided no scientific justification for this policy change: as far as we know, it is not at all an evidence-based decision due to case numbers on campus (which remain higher than they were in the fall when masks were required) or new information about mask efficacy,” GSU wrote.

GSU also questioned the University’s motivations. “In short, this appears to be a political decision that utterly neglects the safety of students and workers on this campus. We are particularly concerned for immunocompromised individuals, who are essentially now excluded from on-campus buildings where masking may be insufficient to protect them adequately.”

First-year Theo Johnson, a member of Students for Disability Justice (SDJ), expressed concerns similar to those expressed by Mazzarella and GSU. “We should wait until cases have actually reached the low we expect them to reach to end mask mandates,” Johnson said. “It’s certainly not clear that the in-most-cases minor inconvenience of masking is not outweighed by the lives that could be saved by reducing the transmission of common airborne diseases, even excluding COVID from the equation.”

SDJ did not respond to The Maroon’s request for comment in an official capacity.

In a tweet on March 1, the University of Chicago Labor Council (UCLC) encouraged students and community members who supported a continued mask mandate in University libraries to email Lee and Interim Library Director Elizabeth Long, claiming that an extension of the mandate would contribute to “an environment that is accessible and welcoming to all patrons regardless of health status.” On March 3, UCLC tweeted, “The provost refused to let the library maintain a mask requirement despite the support of library admin and library student advisory board.”

In a meeting with Lee, Undergraduate Student Government (USG) Health and Wellness Committee Cochairs Ella Bradford and Suah Oh voiced the ways in which this policy will impact immunocompromised members of the UChicago community.

“The Provost has agreed to send out a follow-up email detailing the specific accommodations available to students, as there is a current significant lack of detail publicly available,” USG President Allen Abbott wrote in a statement to The Maroon.