Deadlines and Dead Ends in a Nine-Week Quarter

Reducing the length of the academic quarter has reduced the quality of in-person instruction and increased students’ academic workload. 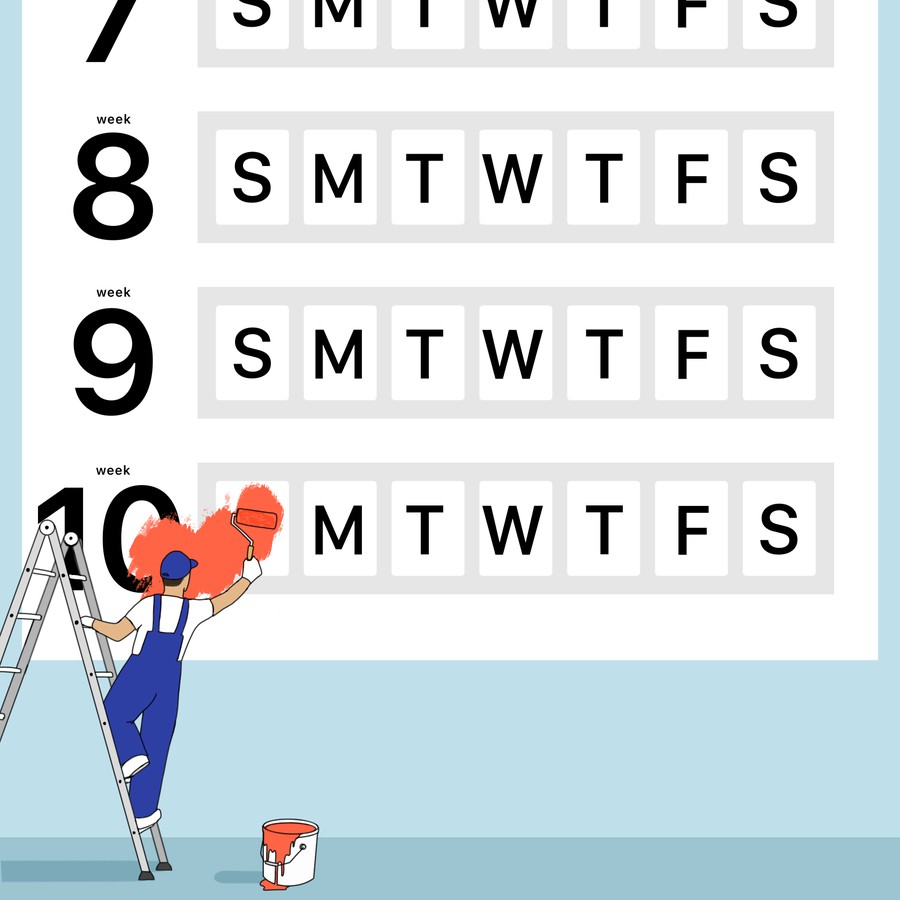 Saturday night of finals week. Over the past two days, I had taken two finals, written a paper, and—despite the quarter's having technically been over—pulled an all-nighter in order to finish my last assignment. This wasn’t a case of bad time management: I spent the last week trying to catch up on material that, despite being rushed through during the quarter, I was still expected to know. I had no time to celebrate the end of finals or the quarter with the friends that I wasn’t going to see for a month. I was exhausted.

From consistently having to teach myself content that wasn’t covered in class to burning out during (and because of) the nonexistent reading period, last quarter was the most overwhelming one I’ve had at the College so far. Everything felt rushed; between classwork and RSOs and wanting to catch up with friends I hadn’t seen in years, it felt as though I hardly had any time to breathe. While I initially attributed much of this to readjusting to the in-person college experience, as the quarter wore on, it became impossible to ignore the fact I had more work—and less time to complete it—than ever. I hadn’t felt this way since the start of my first year, and I can only imagine how much harder the quarter must’ve been for entering first-years, who’ve known nothing but constant pressure and deadlines. Underclassmen should know that while keeping afloat at the school has never been easy, it hasn’t always been this hard either. Last quarter was the first nine-week quarter we’ve experienced in person given that changes to the academic calendar were enacted at the start of the pandemic. Cutting just a week off each quarter might seem pretty innocuous, but it has simultaneously reduced the quality of in-person instruction and noticeably increased the academic workload for students already struggling to balance social, personal, and class obligations as we transition back to normalcy. We should all—first- and second-years especially—be advocating a return to a college experience that strikes a balance between challenging and rewarding rather than just being the former.

The feeling of being hopelessly behind in a class, or not being able to digest material properly during lectures, is all too familiar for most students at UChicago. Much of the remote learning experience for me was a constant game of catch-up, and it was easy to blame this solely on Zoom fatigue and the nature of remote learning. It was even more jarring, then, to return to in-person learning and find this feeling exacerbated as my classes were structured to squeeze an absurd amount of information into what is typically about 24 hours of instruction per quarter. It’s a phenomenon that seems to be especially egregious in STEM classes, which tend to have more rigid syllabi. This was my experience with statistics last quarter; given that there was no time for questions in lecture and major concepts were rushed through at a ridiculous pace (we covered the last third of the syllabus in two lectures), the onus was placed on students to stay afloat. The already limited free time I had was being cut into by additional mandatory lectures I had to watch, alongside extra time I had to spend parsing through my barely intelligible lecture notes.

Not only was this a burden on the students in this class, but it incentivized memorization over actual understanding. In all my classes last quarter, I found myself in a rush to complete problem sets and discussion posts in order to secure a portion of my grade, rather than taking a little extra time to digest material, which was largely because that extra time didn’t exist. This mode of learning, if you can call it that at all, is counter to the approach of “rigorous inquiry” that UChicago preaches. The College, with its Core, is set up so students can make connections across disciplines; what each student has learned at the end of college should be more than the sum of what is learned in each class. Not having time to build a deeper understanding of course material doesn’t just undermine a student’s experience in any given class, but further robs them of the opportunity to make meaningful interdisciplinary connections—not to mention that, within majors and minors, lacking a solid understanding of foundational concepts makes engaging with complex material a lot more difficult and a lot less enjoyable.

It feels that we have come to a point at which enjoying your time here and doing well often feels like a tradeoff—it's no wonder we’ve developed a reputation for being the school “where fun goes to die.” Students want to keep on top of their classes, but they also want to compensate for the lack of social opportunities available over the past two years. Upperclassmen should have the time to reconnect with old friends and underclassmen to fully embrace the college experience. Yet less time during the quarter means less time available to deepen connections with others on campus, many of which have already been weakened due to a lack of in-person interaction. It’s easy to coast through college without really pushing yourself out of your comfort zone, but it’s also a lot less enjoyable. Knowing that most of your year will be spent either in the Reg or on break encourages students to isolate themselves and focus on nothing but work.

The benefits the University conjectured in its report proposing the calendar changes, even if they were fully realized, pale in comparison to the negative consequences felt over the past quarter. One benefit stressed was that the extended breaks would “allow for stronger recovery” for students. Did the University at all consider that by making quarters less intensive in the first place, students might not need months to “recover?” The longer summer break was also meant to cater to students with internships, but it doesn’t make sense to overhaul an age-old calendar system before visiting less radical solutions first. Most students managed fine under the traditional system, but for those with earlier start dates, the University should look to enforce departmental accommodations more effectively—the main issue was, and has always been, certain departments’ being inflexible with their calendars. It feels very much as though the University rushed this decision and is refusing to look at the actual impact it is having on students.

When I joined UChicago, I was most excited about the opportunity to make new connections—between different concepts and modes of thinking within the classroom and through meeting new people and friends. It feels as though the University is limiting students’ potential to make these connections by reducing not only the amount of time but also the mental capacity that students have to form them.

Emma Weber is a third-year in the College.