The development will incubate local businesses, provide housing, and foster the arts. 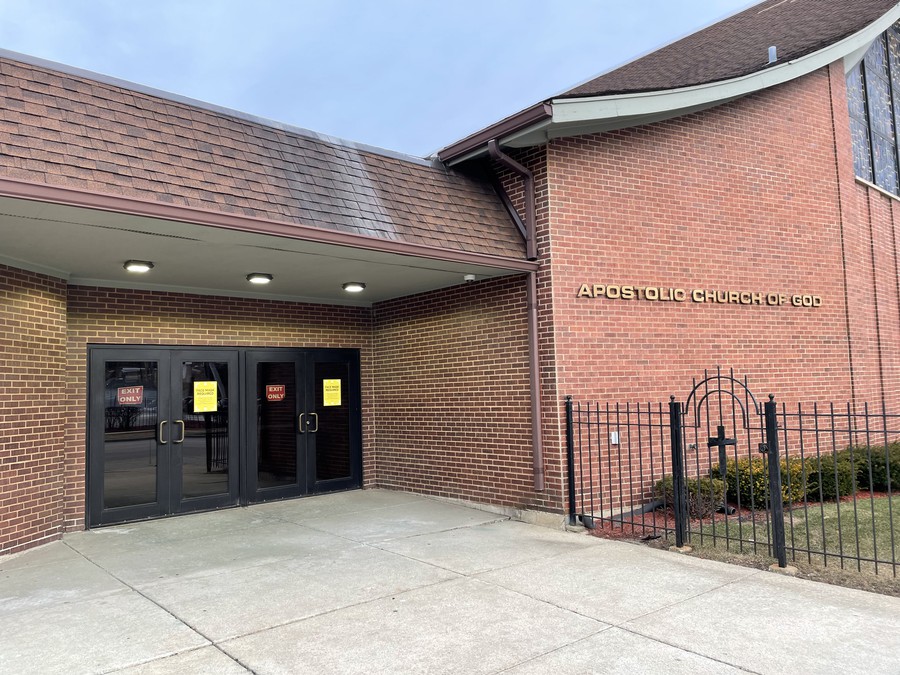 The Apostolic Church of God will become the center of the multi-million development.

The Apostolic Church of God, located at 6320 South Dorchester Avenue, and its surrounding parking lots will be the site of the multi-million Woodlawn Central development project according to an announcement made by church leaders on December 17. The development will include housing, a new cultural center, retail and commercial space, and a new 154-room hotel. It will also be accessible to University of Chicago students via public transportation in the form of UChicago shuttles and Metra.

According to Woodlawn Central’s project overview, the development, which will have the Apostolic Church of God at its center, will span across 8 acres and 10 blocks that currently serve as the church’s parking lots. It will provide Woodlawn roughly 870 dwelling units—a mixture of workforce, market rate, luxury, and senior housing. Additional space will be allocated towards office and ground floor retail buildings, a 154-room hotel, a black box theater, a vertical greenhouse, a parking structure, and a microgrid energy facility.

Located adjacent to the 63rd Street Metra Station, the new development will increase the interconnectedness of Woodlawn Central to both the South Side and greater Chicago communities. The development is also within walking distance from the Obama Presidential Center, Jackson Park, Lake Michigan, and the University of Chicago. In addition to a planned vertical greenhouse, the development’s emphasis on public transport and walkability adds to its goal of sustainability.

Lead developer J. Byron Brazier, the son of co-developer and Apostolic Church of God pastor Rev. Byron Brazier, underscored the goal of Woodlawn Central to foster Black culture in a manner similar to Chinatown or Little Italy. To that end, Brazier hopes the development’s black box theater will help bolster South Side culture and arts. Further, a staircase containing a series of “legacy steps” will display the names of historical Black inventors and innovators on the risers.

“When you look at Black America as a whole, without having to re-litigate our history, there are some things that we are devoid of, especially in the culture and the customs aspect,” Brazier said. “If you look at Chinatown, Ukrainian Village, Little Italy, or Greektown, there's an element of culture that helps with sustainability, both economically and socially.”

However, local activists see room for improvement in the development’s plans. Sharon Payne is a member of the Community Benefits Agreement (CBA) Coalition, which aims to prevent displacement resulting from the Obama Presidential Center, and a board member of Southside Together for Power (STOP), which aims to uplift South Side residents in the face of economic and racial oppression. She fears that if the development does not build enough affordable or working-class housing, it may exacerbate existing displacement issues within Woodlawn. According to Payne, these concerns are amplified by rising rents and property taxes in Woodlawn resulting from the construction of the Obama Presidential Center—just three blocks away from the Apostolic Church of God.

Brazier understands the apprehension Woodlawn residents may have towards Woodlawn Central given the historical precedent of new developments leading to displacement. However, Brazier emphasizes that the development is “inside out,” in that the developers are from Woodlawn themselves. As such, Brazier promises that they will prioritize the interests of local residents and will strive for “development without displacement.”

In terms of the amount of affordable housing constructed, Brazier explained that the developers will follow the Woodlawn Housing Preservation Ordinance that the city government has set. The CBA Coalition helped pass this ordinance in September 2020 and it requires 30 percent of new apartments to be made affordable to “very low-income households.”

Woodlawn Central is the first phase of a series of efforts led by the Network of Woodlawn, an organization dedicated to upholding a “four pillar” approach to addressing community needs. These pillars are economic and community development; safety; education; and health and human services. Brazier appreciates the role the University of Chicago has played in providing input on the Network of Woodlawn’s plans.

“The University is one of the most consistent partners for the Network of Woodlawn,” Brazier said. “They sit on several boards, and have played a great role in strategizing on how to become better neighbors. We believe that the University will advocate for us, especially since this particular development is a catalyst that is supposed to show what the community can do from the inside out.”

Currently, Woodlawn Central developers are working on acquiring land entitlements for their multi-story buildings from the City of Chicago.