While testing requirements have eased for many schools, students still face a complicated landscape of ever-changing expectations and competition. 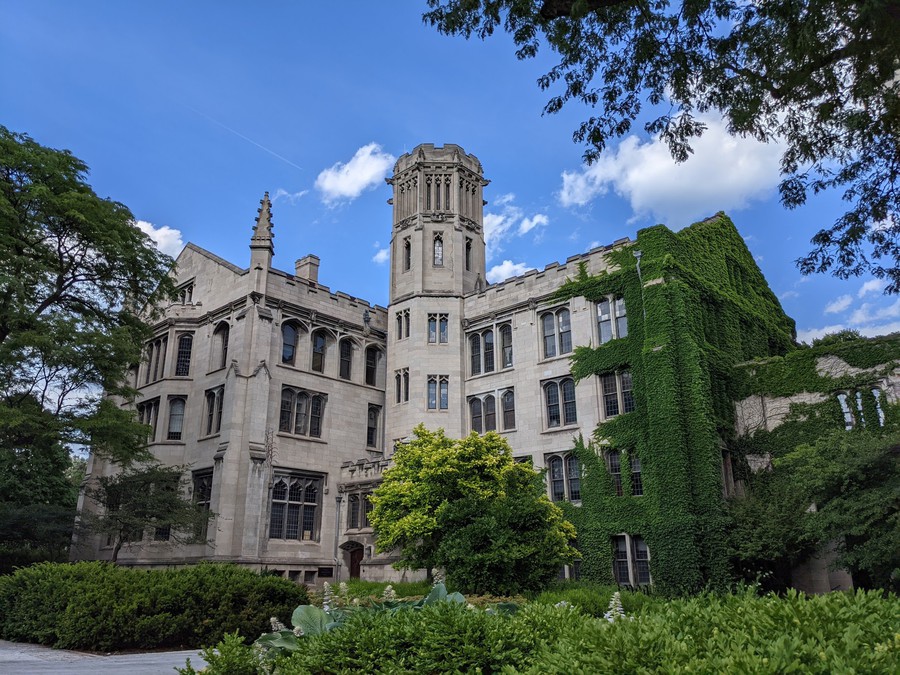 For current high school seniors, the COVID-19 pandemic has shaped the majority of their high school experience since the initial shutdowns in March 2020. Many members of UChicago’s incoming Class of 2026 have missed out on the salient in-person opportunities of the college application process while simultaneously facing increased competitiveness in admissions.

This academic year, Early Decision I (EDI) and Early Action applicants to UChicago submitted their materials by November 1, 2021, and received their results on December 17, 2021, while Early Decision II (EDII) and Regular Decision (RD) applicants had until January 4 to submit their applications. EDII results were released on February 11, and RD results will be released in late March. Both rounds of early decision are binding commitments.

Victoria Dimock is a premier counselor for IvyWise, an educational consulting company specializing in college admissions. After graduating from the College in 2008, she served as an assistant director of admissions for the University before moving to Sarah Lawrence College and later becoming a college consultant.

In an interview with The Maroon, Dimock noted that the pandemic has impacted standardized testing. With testing centers closing during the pandemic, students faced canceled SAT and ACT exams, thus leading many universities to drop their previous requirements for standardized testing. Additionally, the College Board announced last January that it would phase out the SAT subject tests and the optional essay component during the 2020–21 school year.

Dimock said the changes in schools’ testing requirements “[have] caused a lot of confusion and angst for students.” The University of Chicago has been test-optional since 2018.

For Yasmin Ali of Rochester, Minnesota, who was admitted through EDI, UChicago’s long-standing test-optional policy was a source of reassurance. “I was really comforted by [the test-optional policy] because I knew that it wasn’t something that they adopted recently, and the admissions office was probably at a point where they’re really comfortable discerning students’ applications without the score,” she said.

Dariel Cruz Rodriguez of Orlando, Florida, matched to UChicago through Questbridge—a national nonprofit organization matching low-income college seniors with leading colleges. For him, not having to take standardized tests alleviated the financial stress of the SAT or ACT. “I’m a low-income first-generation student, so I can’t really afford to take SATs or ACTs, and I was already almost maxed out on the amount my schools would let me take free,” he said.

Dimock explained that some test-optional schools still want students to submit scores. “Universities will always prefer a strong test score if they can get it because it helps keep their average admitted students’ score band high,” she said.

Some students see the removal of testing requirements as the erasure of a barrier to admission, but according to Dimock, gaining admission to college remains equally difficult. “It’s not necessarily any easier to get in, and so I think a lot of students [had] this idea…that maybe they weren’t quantitatively going to be in as competitive [of a] pool,” Dimock said.

As a result, many students have sent out more applications, leading to greater competition in regular rounds. The Class of 2025 admissions cycle already marked an increase in selectivity and in the number of applications submitted compared to previous years across the Ivy League and other top universities.

“I have seen an uptick in the amount of applications that students are submitting because of everything being so uncertain,” Dimock said. “It’s probably too early to say for this year, but I do think it’s going to be just as selective if not more than last year.”

As an already stressful process brought new anxieties after the competitive Class of 2025 cycle and a continuing pandemic, applicants reflected on the stress of applying to college. “I feel like the beginning of senior year was very hectic and chaotic,” Ali recalled. “Our main topic of discussion was applications, and I think even talking about it with other people makes you more stressed about it because you’re in a constant state of comparison.”

Amid this universal uncertainty, universities are opting to admit more of their students during early decision rounds, Dimock said. Speaking about UChicago in particular, she noted the influence of two early decision pools and one round of early action on the admissions process.

“They enjoy a number of solid applicants in Early Decision I and Early Decision II and Early Action, so I’ve noticed that in recent years, it’s incredibly hard to get into the University of Chicago if you’re not applying early decision or early action because there are just so many strong students applying through those pools,” Dimock said. The Early Decision process contractually binds the applicant to attending and has therefore come under scrutiny for disadvantaging students in need of financial aid.

The pandemic shaped other aspects of applying, including athletic recruitment. Matthew Perez, who attends St. John’s School in Houston, Texas, had to navigate the wrestling recruitment process during a truncated junior year. Between an injury earlier in his high school career and the limited number of meets before the widespread rollout of COVID-19 vaccines in 2021, Perez found himself with few opportunities to demonstrate his wrestling skills.

“I really had to step up my game,” Perez said. “Every time I wrestled junior year, I had to go out there with an emphasis on [getting] things done just because I [didn’t] have many opportunities left.”

Some extracurricular activities translated more easily to a virtual format. Ali said that while it was difficult to participate in her debate team once competitions were scrapped, her global affairs team and diversity committee could still meet online. She was even able to find an online summer course at UChicago through the Woodson Summer Scholars program, which solidified her interest in the College.

Because of pandemic restrictions, many students were unable to visit college campuses, which Dimock saw as an impediment to students’ understanding of different universities. Virtual tours, Dimock said, cannot compensate for the in-person tour experience. “They don’t showcase the same degree of school culture, no matter how much they try,” she said.

With the resumption of in-person campus tours, some applicants were able to visit UChicago. Perez did a self-guided on-campus tour earlier in the pandemic before later returning for a guided one. “The tour guide just makes it so much better,” he said. The opportunity to interact with students ultimately confirmed his interest in applying to the College.

Cruz Rodriguez, however, was not able to visit campus until after being admitted to UChicago. He learned about the school using a plethora of online resources, including YouTube videos, Reddit posts, and Maroon articles. “I didn’t really like what the University admissions office had publicly [posted] because I didn’t feel like it was a very accurate representation of the University. I wanted to get the real deal, not just the polished information,” he said.

Ali used YouTube as well, but she also enjoyed some of the admissions office’s virtual opportunities. She attended multiple virtual information sessions, model classes, and student Q&As. “By the end of it, I felt like I could do a tour on campus!” she said.

Despite the unique challenges of the pandemic, many hallmark features of the UChicago application remained unchanged, including the extended essay. Unlike traditional supplements, which ask students to explain their interest in their school, intended major, or extracurricular, the 650-word UChicago extended essay is distinctly quirky, asking students to misattribute quotes or mash up historical figures.

Victoria Harris, a prospective anthropology major from Tulsa, Oklahoma, responded to the “What can actually be divided by zero?” prompt. She used it as an opportunity to display her knowledge of and passion for anthropology by exploring humans’ understanding of the concept of zero and tendency to multiply and create rather than divide. “I prepped my other college applications just in case I didn’t get in Early Decision, and the other [prompts] were boring, stale questions,” Harris said. “Writing that essay was a lot of fun.… It really did solidify for me that [UChicago] is the one that I wanted to go to.”