To&Through Project director Alex Seeskin urges the University to support disadvantaged Black and Latino students in their transition to college and to accept more students from Chicago Public Schools. 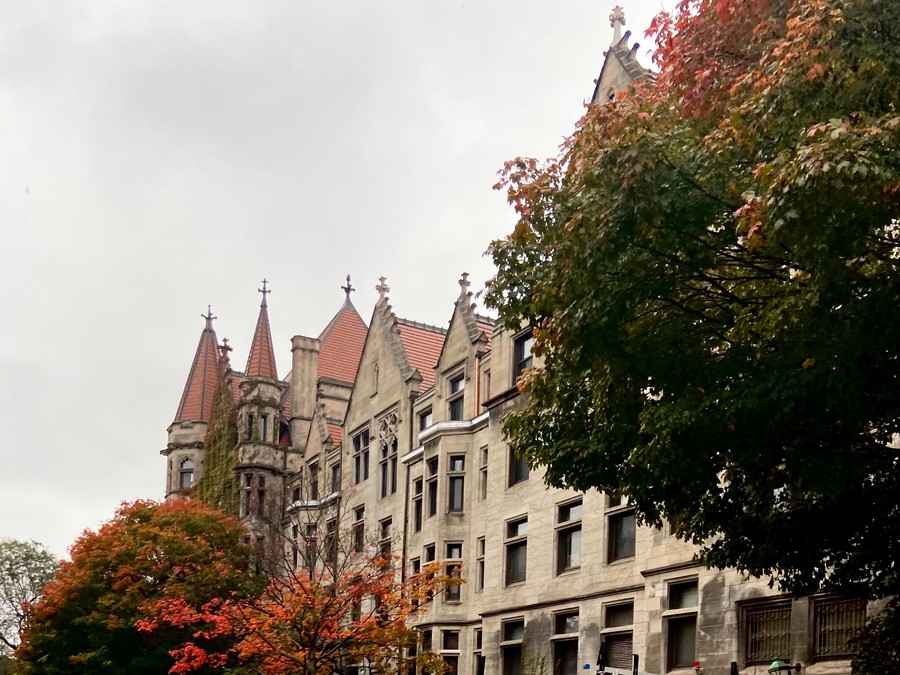 Amid growing calls to increase racial and class equity in the college admissions process, several elite colleges have begun to reexamine the significance of legacy status, or whether relatives of an applicant have attended the school, when considering prospective students.

In early February, Senator Jeff Merkley (D-OR) and Representative Jamaal Bowman (D-NY) proposed the Fair College Admissions for Students Act, a piece of legislation that would outlaw admission on the basis of legacy status. Both Amherst College and Johns Hopkins University have dropped legacy as a factor in admissions as of October 2021. In Colorado, legacy admissions at state-funded schools were outlawed in May 2021.

Despite ongoing pressures to end legacy admissions at elite universities, the University of Chicago still considers legacy status in the admissions process. Alex Seeskin, director of the UChicago To&Through Project, believes that legacy admissions benefit students who already have an edge when applying to college. Seeskin previously served as the director of strategy at the UChicago Charter School and as a resident at UChicago Impact.

“When we give legacy students an extra advantage in the admissions process, we’re benefitting and advantaging students who already have an advantage in this process that was given to them as a result of the means which they were born into,” Seeskin said in an interview with The Maroon.

Legacy admissions are believed to make admittance into a school three times as likely. Robert J. Daniels, President of Johns Hopkins, concluded that “legacy preferences limits access for high-achieving low- and middle-income students, and also for African American, Latino, and Native American students,” given that legacy students are more likely to be wealthy and white.

Defenders of legacy admissions claim that they foster positive relationships between schools and alumni by securing a reliable source of donations, which can in turn provide scholarships to low-income students. Yet a study assessing admissions data from 1998–2008 concluded that ending legacy admissions would have little to no adverse impact on the funding of universities, especially those with large endowments. In an article in The New Yorker, writer Matt Feeney argued that the decision to end legacy admissions can be viewed as a calculated move to boost applications and lower acceptance rates rather than a choice made in the best interest of prospective students.

“In addition to having access to well-funded high schools, summer programs and test preparation, privileged students often grow up with parents who once navigated the same process and understand the ins and outs of how to put together a compelling application,” Seeskin wrote in an article in the Chicago Tribune.

Besides the gaps in standardized testing scores and educational attainment that disadvantage Black and Latino students when applying to college, there are challenges that come with the transition to college, such as campus culture that, according to Seeskin, many students of color feel “isn’t built for them.”

“When you’re a student of color or a first-generation student, sometimes you see a campus that feels like a white-dominated space or a space that was built for white students of means. I think that’s also an advantage that many legacy students have and many white students have.”

In response to the discrepancies in educational attainment along class and racial lines, the UChicago Urban Education Institute To&Through Project aims to “significantly increase high school and post-secondary completion for under-resourced students of color in Chicago and around the country” and to “facilitate dialogue” on educational policy through the collection of quantitative and qualitative data.

“Our ultimate goal is to share our data in the clearest way possible to stakeholders. That includes policymakers, but also CPS [Chicago Public Schools] principals and teachers and CPS administrators,” said To&Through research assistant Gisselle Hernandez, a fourth-year in the College.

Hernandez emphasized that upward trends in educational attainment have been observed for Black and Latino CPS students, though there is still room for improvement. “There’s been a positive trend of increasing high school graduation and college enrollment and completion. But there are disparities that we see between different racial groups, and there is still a lot of work to do.”

According to Seeskin, a crucial step to increasing Black and Latino enrollment at the University of Chicago would be to admit more students from CPS. The CPS district has a majority of students of color; a CPS demographic report for the 2021–22 school year concluded that 46.6 percent of CPS students are Hispanic and 36 percent are Black.

Seeskin pointed out that Northwestern University has admitted more than three times as many students from CPS than UChicago. From 2018–20, there were 102 CPS graduates who attended UChicago and 365 who attended Northwestern, according to To&Through statistics. Northwestern has an undergraduate population of approximately 8,000 students, compared with around 6,800 UChicago undergraduates.

“We need to increase enrollment, particularly at the University of Chicago, for CPS graduates. I think that Northwestern is doing a good job at doing that, and I think that the U of C can do better,” Seeskin said.