David Rubenstein Elected Chair of University’s Board of Trustees 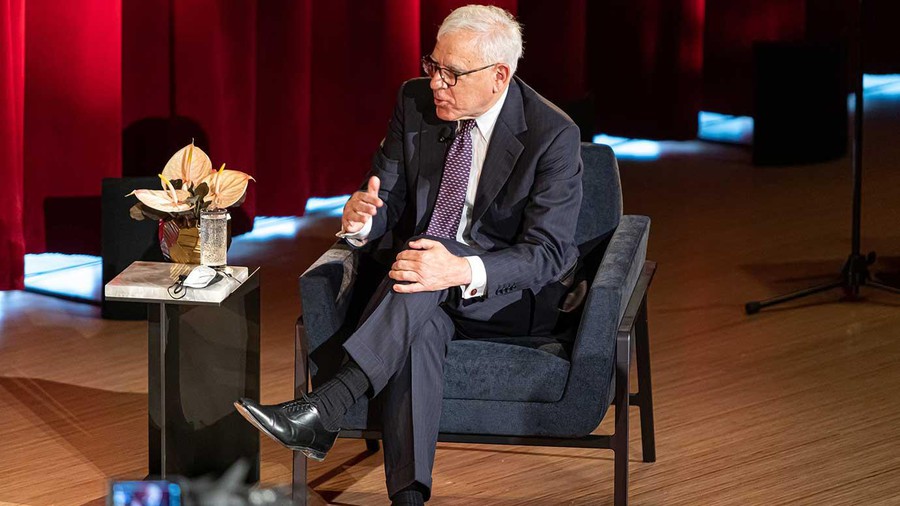 On March 17, the University’s Board of Trustees elected David M. Rubenstein, J.D. ’73, as its next chair. Rubenstein currently serves on the Executive and Presidential Search Committees and will begin his three-year term after the board’s annual meeting on May 26.

Rubenstein graduated from the University of Chicago Law School in 1973. During his time at the Law School, he served as an editor for The University of Chicago Law Review. After graduating, Rubenstein practiced law at New York–based firm Paul, Weiss, Rifkind, Wharton & Garrison. He then served as chief counsel to the U.S. Senate Judiciary Committee’s Subcommittee on Constitutional Amendments and as a deputy domestic policy advisor to president Jimmy Carter.

In 1987, Rubenstein co-founded the global investment firm The Carlyle Group; he remains involved in the business as co-executive chairperson. The company, one of the largest private equity firms in the world, currently manages assets valued at $301 billion.

In a March 17 letter to University leaders, boards, and councils, President Paul Alivisatos described Rubenstein as “deeply committed to the University and its distinctive culture”.

In 2010, Rubenstein established the Rubenstein Scholars Program, which provides full tuition scholarships to about 10 percent of students at the Law School. The program is competitive, merit-based, and designed to support first-generation, low-income students. Since its inception, Rubenstein has committed $61 million to the program, making it the most expansive scholarship program the Law School has ever offered.

In 2014, the University named its new facility aimed at promoting academic discourse after Rubenstein, calling it the David M. Rubenstein Forum. Located on East 60th Street between South Woodlawn Avenue and South Kimbark Avenue, the forum contains numerous meeting and event rooms to accommodate conferences, workshops, and other special events.

Rubenstein also currently serves on the boards of the National Gallery of Art, Council on Foreign Relations, and The Economic Club of Washington, D.C., and as the chairman of the Kennedy Center for the Performing Arts. Rubenstein was among the initial 40 individuals who committed to The Giving Pledge, a promise to dedicate the majority of their wealth to charitable causes.

Rubenstein will succeed Joseph Neubauer, M.B.A. ’65, who has served as chair since 2015.