A Lesson in Mayday Parade

In a review of Mayday Parade’s recent concert, Arts reporter Veronica Chang explores the changes that have occurred in the pop-punk genre. 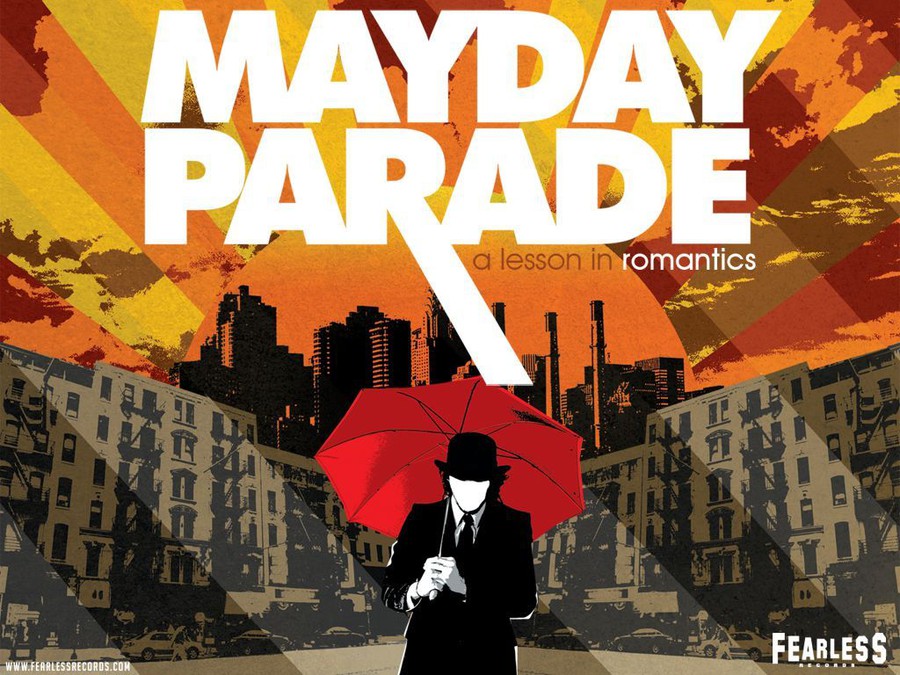 The cover of Mayday Parade's 2007 album, "A Lesson In Romantics."

Pop-punk concerts are at a crossroads. There’s the celebration: the return to live music after the COVID-caused hiatuses, the ability to jam out and foster that connection between artist and audience that works so well with a live band. Then there’s the melancholy: the realization that the pop-punk sound is one of the past, a relic of radio airwaves in the late 2000s before the emergence and dominance of EDM. Most pop-punk concerts now rely on the nostalgia generated by these crossroads, acting as reunions or looking back on eras gone by.

Florida-based band Mayday Parade, with their pop-punk/emo-pop/rock sound, is no exception. Like the bands that opened their most recent tour, Real Friends and Magnolia Park, Mayday Parade is still regularly releasing new music and performing. This particular tour was to celebrate the 10th anniversary of Mayday Parade’s eponymous third album. The second night of their two shows in Chicago went back even further. The band changed up their regular setlist by focusing on songs from their 15-year-old debut album, A Lesson in Romantics.

However, that’s not to say the show wasn’t fun—the band’s return to older material worked well with the crowd, who cheered, danced, and scream-sang along to the lyrics of every song. As Mayday Parade tore through hits like “Jamie All Over” and “Jersey,” the crowd responded with exuberant mosh-pitting and crowd-surfing. The latter was occasionally over-exuberant, resulting in the concert being paused midway through due to an injury; to Mayday Parade’s credit, the pause happened the instant lead singer Derek Sanders realized someone had been hurt, and the music did not resume until the injured party had been taken care of, and the band was assured of everyone else’s wellbeing.

Concerts are a place to let go, to lose both your hearing and your voice. Chicago’s House of Blues was packed for Mayday Parade, a maskless sea of flannel that might’ve first listened to A Lesson in Romantics in middle school or high school, when that nascent combination of angst and guitar just hits right because your parents Just Don’t Get It. And the audience’s enthusiasm contributed to the excitement of the show—the atmosphere never waned, even for slower songs like “Miserable at Best,” which featured Sanders alone on vocals and piano, as the audience became a sea of waving phone flashlights.

Bands like Real Friends and Magnolia Park show that pop-punk isn’t dead and that there are still new acts innovating and creating. It’s not like the atmosphere created at pop-punk concerts is completely irrelevant, either, being more reflective than purely nostalgic. But the genre is past its heyday, turning concerts like this one into nights of reminiscence. Add to that the changed nature of live music—the increased scope with social media causing everything to be instantly documented and shared, and the sobering realization that it can also be quickly taken away—and Mayday Parade’s concert can be best summed up as the after-party of a high school reunion. People get drunk, celebrate things that were once near and dear to them, and try not to think about everything that’s changed.