A Thing That Can Ignite: Christine Cardoza Feature

Front desk staffer by day and writer by night, Christine Cardoza shares her story of survival and hope. 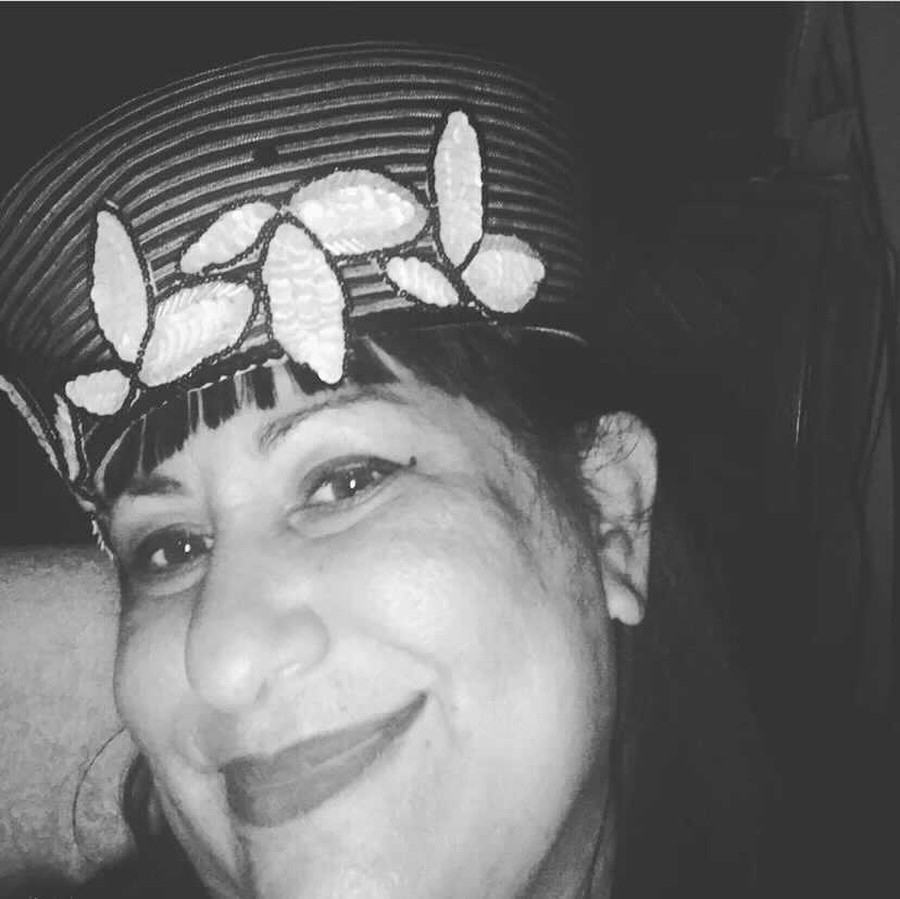 “You cannot put a Fire out—” begins one of Emily Dickinson’s poems. “A Thing that can ignite/ Can go, itself, without a Fan—/ Upon the slowest Night—”

I thought of these lines while I was chatting with Christine Cardoza on Zoom last week. Christine is one of those magical people who seem to have cracked the code on joy and are preternaturally good at sharing that joy with others. Talking with her, even from within the deep, seemingly bottomless pit of despair that is winter quarter at the University of Chicago, I felt a surge of warmth.

During the day, Christine is a front desk worker at the University’s 1155 East 60th Street building, home to the National Opinion Research Center offices. By night, she’s a writer. Over Thanksgiving of last year, she self-published an autobiography on Amazon that grapples with, among other things, abuse, survival, religion, and tending quietly to a flame of faith. Titled The Face Of Another Woman: The Stranger Within, the book deals with her own experiences of trauma as a teenager and her journey towards healing through her faith.

Growing up in balmy Kingston, Jamaica, Christine immigrated to New York City in 1972 with her father George when she was seven. Life operated on a different frequency in the new city. The weather was colder, and it seemed like the people were, too. At school, Christine was bullied for being different: her accent and dark skin made her a target for kids her age.

“I was like a lamb among wolves,” she said, laughing. “How do you fit into a world that excludes you?”

Her answer to this question was writing. Christine would use a flashlight at night to write—secretly and feverishly—under the covers. She wrote about her depression and anguish. They were dark words, she said, but they were cathartic and exorcised some of her pain.

Crouched on the roof tiles and wracked with fear, Christine recalled being angry at God for abandoning her.

“Lord, what about me? Where’s my Red Sea?” she cried out in indignation. “If you’re who you say you are, prove it!” She wanted God to lead her out of the maze of her despair like Moses parting the Red Sea. She wanted a miracle; she wanted an escape.

At that moment, a strong gust of wind came, impeding her ex and giving her the precious second she needed to escape before he was finally detained by kind bystanders.

But the storm was far from over. Christine escaped, but found herself distraught and unable to quiet her pain. She recalled walking aimlessly around the city and eventually making her way onto the Hudson Bridge. She thought about suicide, how final it was, how quiet. Standing over the bridge, Christine closed her eyes and was about to jump when the same gust of wind came and knocked her back from the edge. It was God, she told me, her voice choked, who had saved her.

She went home in shock. Showered. It didn’t feel real enough. It felt too real.

“When I looked in the mirror, I didn’t even know who I was,” she said. This was where she took inspiration for the subtitle of her book, The Stranger Within.

In a fit of despair, she tried again to kill herself by taking some pills from the bathroom medicine cabinet. She could feel her heartbeat slowing down, then stopping entirely. Ba-dum. Ba-dum. Bum.

She described having an out-of-body experience. “It looked like I was sleeping—my spirit was somewhere else,” she said. It was then that she realized how much she wanted to keep living.

“Like a mother hugging a child to her bosom, I felt a rocking back and forth,” she said. And with that spiritual experience, she returned to her body. Since then, she has understood and tried to use her experiences with depression to uplift and inspire others.

“It doesn’t disappear just because you tell it to,” she said, referring to depression. “You have to replace your thoughts with something stronger.”

After that harrowing experience, Christine found her healing in Christianity. Though she wasn’t religious, she attended a Pentecostal revival meeting at a friend’s insistence. Typically led by preachers, revival meetings were meant to bring new converts to the Church. The meeting was immensely transformative for her, Christine said, because it had met her pain with a promise of hope. Finally, she felt a little bit of warmth. She remembers the preacher saying: “This is your time—the depression that you’re fighting, God is about to bring you out. The only thing he needs is an invitation.”

And invite him she did.

“I felt a fire burning on the inside—it was like a match, [like] someone lit my soul on fire,” she marveled. What struck her was a religious vision, the likes of which she described in mystical, transcendental terms. “I spoke Hebrew, I spoke Swahili,” she said, having known neither of the two languages before.

Since the start of the COVID-19 pandemic, writing and spirituality have been the pillars that have propped Christine up. Even though she began writing because she struggled to connect with the people around her, she’s since then met people who have accepted her and encouraged her to share her writing.

“My writing is coming from a place of rejection in a different country, but [since then] I have crossed paths with amazing people, both religious and political. They really encouraged me to put my experience on paper so it can be a lifesaver for someone looking for hope,” Christine said.

When The Face of Another Woman was published in 2020 the day before Thanksgiving, Christine said that she had cried from gratitude.

Now, once a month, Christine is an inspirational speaker at the Apostolic Assembly Church. She always keeps an eye out for those in the congregation who need help and endeavors to give them the support she needed when she was young. She also said that she is continuing to look for opportunities to speak about her experience at women’s domestic violence shelters.

“The world will [not] be denied of such an amazing gift we all have to offer each other. Someone is depending on us to carry them through,” she told me emphatically towards the end of our conversation. “Great things come out of darkness.”

After all, great fires can endure through the slowest—and darkest—of nights.