University to Offer Scholarships for Students Affected by War in Ukraine

The University’s initiatives to help Ukrainian scholars in regions affected by the war include a streamlined application process and full-tuition scholarships. 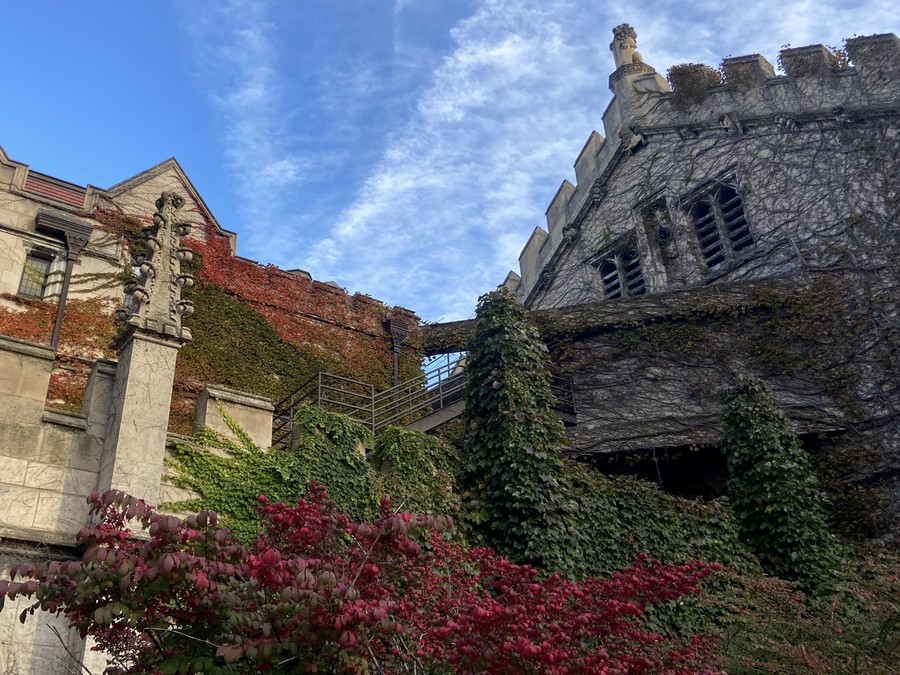 Following the outbreak of war in Ukraine, the University of Chicago announced a number of initiatives aimed at supporting students and scholars impacted by the conflict. The initiatives range from providing full-tuition scholarships for affected undergraduates to providing college- readiness programs to help Ukrainian students apply to university.

“The invasion of Ukraine and the devastating humanitarian crisis that is unfolding has many dimensions, including the disruption of the lives and careers of scholars and students who have the potential to contribute to new knowledge that will benefit humanity,” President Paul Alivisatos said. “UChicago is ready to expand admission efforts and support for displaced students and scholars who are impacted by the war in Ukraine and events across the region.”

The efforts will be based primarily out of UChicago’s Center in Paris. In June, the Center will begin offering both in-person and virtual college-readiness support programs. Students from Ukraine who are unable to complete their final semesters because of the invasion will have access to a streamlined UChicago admissions process. Additionally, the Center will support these students in applying to more than 150 other institutions of higher education. The University encourages students to visit the international financial aid website for more information on these services.

The initiatives also aim to support more advanced scholars in Ukraine whose work has been derailed due to the invasion. Alongside the national Scholars at Risk group, which was founded at UChicago in 1999 to support academics facing danger in their home nations, the University aims to place Ukrainian scholars and scientists in positions at the University and to offer expanded fellowship programs for students unable to complete their studies in Ukraine.

“UChicago was founded as a beacon of academic excellence, and that includes supporting the global academic community in times of great need,” said John Boyer, dean of the College and the Martin A. Ryerson Distinguished Service Professor of History and the College. “By providing these resources and expanding the support available through our Center in Paris, we hope to support the potential of the young people impacted by the war in Ukraine and ensure their futures are not derailed by political conflict and violence.”

The University also emphasized its history of supporting students and scholars affected by war and other crises. A number of UChicago scholars, such as Nobel laureate Enrico Fermi, were refugees during the 1930s and 1940s.

In response to an inquiry from The Maroon, Jeremy Manier, the University’s assistant vice president for communications, noted the importance of these past programs. “Much of the support during previous crises was extended based on individual students’ financial needs, and the experience of those students helped inspire the current effort for students from Ukraine.”