Building Your Own Success

We should judge ourselves not by how overworked we are, but rather by whether we’re doing the things we find fulfilling. 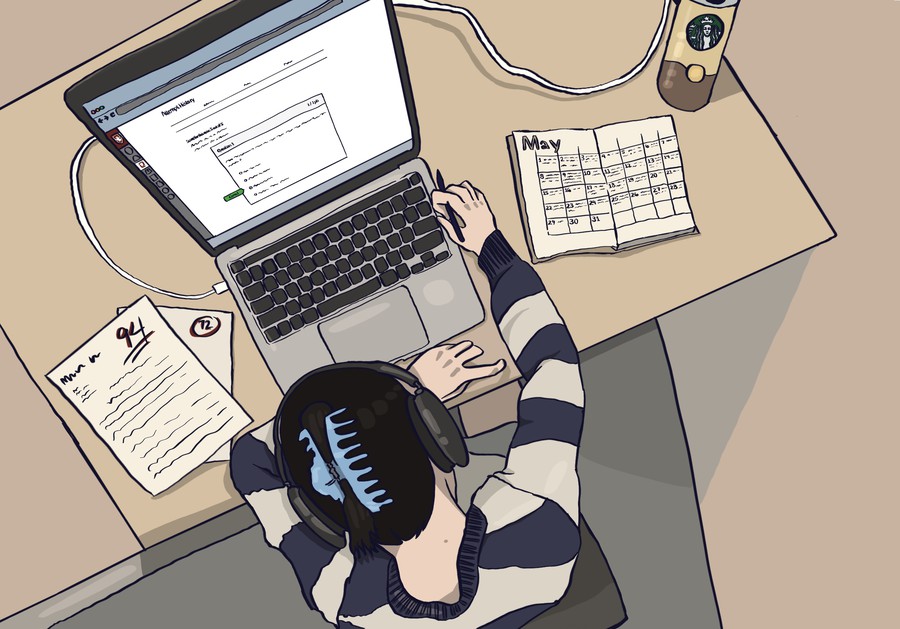 When I decided to major in physics at the start of my first year, it wasn’t anything against the four years I’d spent preparing for a career in computer science. My reasoning, in broad strokes, was that if I was going to devote the rest of my life to a single subject, it should be something I was exceptionally good at. If high school had shown me anything, it was that while I was decent at computer science, I didn’t stand out enough for it to be my defining skill or career path. Physics, on the other hand—now, there was something I could really excel at. The question of which subject I actually preferred never even crossed my mind. Why worry about what I’d enjoy devoting my energy to when I could do something in a field in which I would stand out?

Faced with the bitter truth that we simply can’t be the best at everything, a common response is to dedicate ourselves simply to excelling at something. Some standards of success will inevitably be beyond our reach, so we seek out standards by which we can portray ourselves favorably instead, claiming these as the “real” determinants of our worth. But this mindset puts an undue burden on ourselves, both to identify our strengths and to be good enough at them to justify our weaknesses. A major reason we continue to think like this, though, is because doing so reinforces the idea that people are meant to specialize in a particular field; in other words, being unusually talented at a single thing is desirable in the context of staking out one’s career. But in the long run, expecting ourselves to be among the best of the best—even in a single field—is neither fair to us nor justified by common sense. For fear of letting the perfect be the enemy of the good, our self-worth should stem not from excellence, but from our ability to build a life worth living.

To begin with, the canonical career-centric characterization of our capabilities that we carry through college isn’t of our own creation. It’s just the foremost way we’ve been judged throughout our lives so far. From the classes we take to the way we spend our summers, the value in what we do is measured by our peers and authority figures by its “productivity”—a term strictly defined in terms of the eventual landing of a job society has deemed respectable. And while this framing has been one of the driving factors responsible for most of the material success we’ve seen in our lives so far, what we end up doing for a living is a completely arbitrary metric. The ways in which we define our own success don’t have to align with it.

A good example of our value being dictated to us is our grades. No matter how many times we hear that grades are a deeply flawed measure of our individual worth, they always seem to linger in the backs of our minds as a neat indicator of our performance. They take on legitimacy because they’re drawn not from some abstract property of our brains, but from actual quarter- or semester-long experiences. The importance of our GPA is constantly emphasized by the people whose approval we seek, such as teachers or parents. And once again, they become meaningful through their influence on our careers. Thanks to a measure of worth imposed not by reason but by convention, grades are valued far beyond their actual utility, becoming the primary benchmark used to summarize both how well students are doing and how far they’ll go in life.

So if we shouldn’t pull the framework for character judgments out of thin air, how do we reflect on whether we’re good people or bad people, successes or failures? At the end of the day, these distinctions lie in our individual goals and values. We compare ourselves to our peers because we don’t have a definite concept of what it means to be “good enough” independent of the rest of the world. By using other people as a standard for what we should be capable of, we not only separate our own aspirations from the expectations of others, but also lock ourselves into a zero-sum game where at least half the world must inevitably be unsatisfied with who they are in order for the rest to “succeed.” Independent of what society demands of us, the only meaningful judgment of our success is whether our actions have led us to a life we want to live. If time with our loved ones, passion for our work, or financial stability are what make our days meaningful, it couldn’t matter less whether we studied law or art history to make those things happen. Regardless of how our accomplishments stack up against anyone else’s, what ultimately makes a difference is how much we wanted to achieve them—in other words, how much happiness they brought us. It’s a moot point whether someone could’ve done the same job better, or even whether they did; the fact that there was a specific change we wanted to make in our lives or in the world—and that we did it—is the most important metric of success.

In the context of academics, this can manifest in numerous ways, such as our grades, the difficulty of our classes, and our extracurriculars. We’re quick to shoulder extra responsibilities not just because we can, but because we feel that we should—that divorced from context, putting more pressure on oneself is inherently a good thing. If we weren’t driven by this belief, however, the only impetus for putting ourselves through more stress would be because we genuinely wanted to do it. Being good enough to take an honors class isn’t a reason on its own to actually go through it; we should actively want to learn the extra material it would cover. We should add RSOs to our schedule not because we feel we aren’t busy enough, but because we feel that they would be fulfilling uses of our time. In an ideal world, our outlook on the classes we’ve taken would depend entirely on how worthwhile we feel the work we put in was, not the letter on our transcript.

While it’s hard to say to what degree our obsession with rigor for rigor’s sake is a feature specific to UChicago, it’s essentially an extension of this same erosion of our individual goals. Part of the problem comes from a frequent coping mechanism for heavy workloads: reframing them as a point of pride. We tell ourselves that when we struggle, it’s not an indicator of our ability, but rather a testament to the amount of pressure we can handle. But as powerful a tool as this can be when we’re being pushed to our limits, such a mindset equates suffering with one’s work ethic. It pushes us to invite suffering onto ourselves wherever we can, irrespective of whether we’re getting anything meaningful out of it. Driven by the American cowboy mentality, we value ourselves by our ability to be exceptional, but ironically shackle ourselves to this abstract cultural norm that prevents us from pursuing our own happiness to the fullest. When we can’t articulate how the adversity we face will bring us long-term fulfillment—not just success as society has defined it, but real satisfaction with the life that we’ve created for ourselves—all of our endeavors become hollow, devoid of any sort of passion or purpose. That’s when we’re forced to resort to comparing ourselves to one another in order to validate the effort we’ve put in.

It’s not as if realizing our own goals and values needs to be mutually exclusive with a conventional portrait of success. But distinguishing between what the world says we should have accomplished and what steps will help us reach those goals is critical. Our unhealthy preoccupation with being more capable than those around us is only given room to grow when we lose sight of the fundamental reasons we accept challenges in the first place. Likewise, if we view subjects that engage and invite us to learn more simply as gateways to a career worthy of others’ respect, then we’re studying them for the wrong reasons.

The painful reality is that expecting oneself to be free of flaws or failures is an unattainable standard, but with that said, there’s no compelling reason to hold ourselves to it in the first place. After all, maintaining universal values, such as dedication, adaptability, integrity, and collaboration, is far from synonymous with excelling at every task set before us. And that’s precisely what’s beautiful about those virtues: When we live by them to the best of our ability, it’s okay when we inevitably stumble or fall short. Because if life, with all its intrigue and intricacy, can be messy, unpredictable, and unfair in equal measures, then we’re allowed to be just as imperfect.