At Thalia Hall, Hiss Golden Messenger and lead MC Taylor displayed the strange sounds and strong lyrics that are the band’s claim to Americana fame, even as their songs feels less innovative than ever. 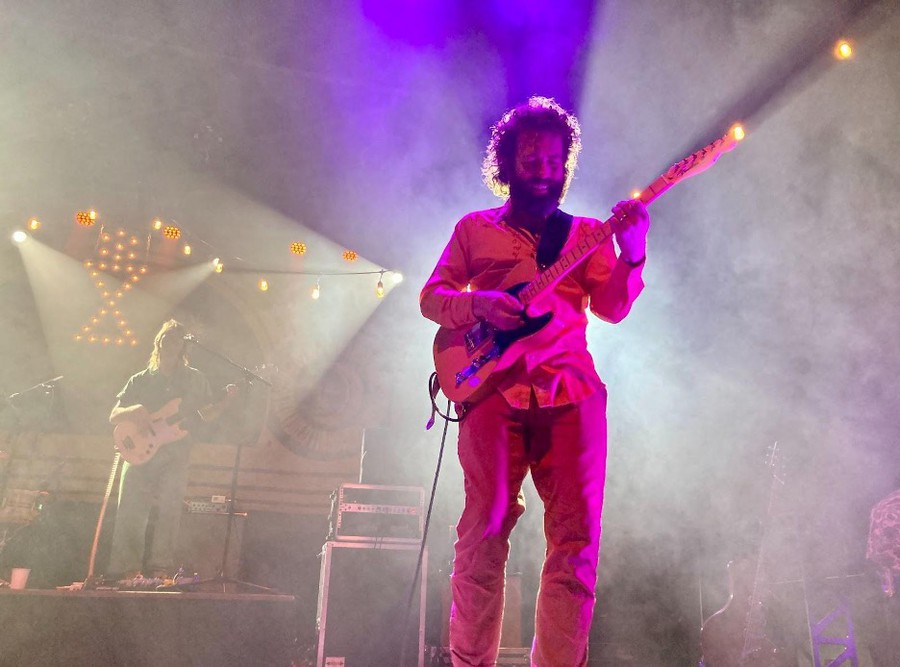 In March at Thalia Hall, Alexa Rose opened for Hiss Golden Messenger. From small-town western Virginia, Rose is a little-known but up-and-coming Americana singer. With a soft-spoken, swooning voice conveying sadness and a little shyness, Rose twirled ballads of Appalachian life. She sang about wild peppermint, snow days, and staying up late at night eating cereal. “Most of my songs are kinda sad,” she said at one point in the night, “but my life is pretty good.”

Hiss Golden Messenger, by contrast, burst at the seams with energy. Their music rang and shone. Band members danced across the stage, kicking, bending, and conversing. The crowd bounced lightly, shaking along with the music. As their set progressed, the band grew louder, and their long mid-song solos became more technical and diverse. But mostly, they just got louder and more energetic, and the crowd with them. Fans occasionally sang along, but mostly seemed caught in awe.

Hiss Golden Messenger is unquestionably centered on lead singer M. C. Taylor, whose folksy style of roots rock has brought the band from their humble origins in Durham, North Carolina, to national prominence. Their 2019 album Terms of Surrender was Grammy-nominated for Best Americana Album. M. C. Taylor has become something of a musician’s musician, trying to lay a path for roots rockers back to Americans’ hearts decades after the roots-rock boom faded.

Their music—at times haunting, at times hallowed—is constantly inviting and sometimes thrilling. It is warm, smooth, and intentional. Taylor’s voice is at once soothing and on-edge, and his sense of vocal emphasis is highly engaging. The entire band is talented, but Taylor’s vocals and guitar solos are especially strong. In many ways, the concert felt like a long, intimate demonstration of Taylor’s skill as a musician, punctuated on occasion by blaring rock solos and the band’s most popular songs.

The problem for Hiss Golden Messenger is that the band’s off-kilter tonal qualities, outdoorsy sounds, and uplifting political messages—which drove its initial popularity—now feel repetitive rather than innovative. Since 2013, Hiss Golden Messenger has released a whopping nine full-length albums, the most recent—the 2021 album Quietly Blowing It—feels more populist than powerful. Taylor’s politics continue to shine through: The songs raise awareness of income inequality and support public educators, in particular. However, his lyrics are at their best when they are questioning and bittersweet; the songs in Quietly Blowing It are too uplifting and positive.

Still, stagnation is not all bad if you’re stuck somewhere pretty good. The band’s energy remains joyful, hopeful, and optimistic. To see a Hiss Golden Messenger concert is to transport yourself for a few hours to a warm summer night in the park, watching the stars twinkle above as Taylor recalls his childhood. In the ornate Thalia Hall, craft beer, popcorn, and cowboy hats were everywhere. Caught in warm showers of light, Hiss Golden Messenger is both rootsy and rocking. There’s only one adjective that fully encapsulates the band’s half-manic, half-homey energy: alive. Even if many of the band’s songs sound similar, it is still not always disappointing, purely because their songs are so entertaining.

The set, which included songs from eight different albums, was well constructed. “Sanctuary” and “I Need a Teacher” were particularly well-received by an audience mostly composed of casual fans. “I Need a Teacher” remains the band’s most well-known song—Terms of Surrender’s front-and-center ballad of gratitude to public school teachers. “We’re big fans of public educators,” said Taylor to the audience before the song. “It’s a hard job. Both of my parents were public school teachers, so it’s in my blood.” “I Need a Teacher” is among the band’s boldest and most throbbing songs, and it’s rather catchy.

“Sanctuary” stands out as Quietly Blowing It’s biggest success. “Feeling bad / Feeling blue / Can't get out of my own mind / I know how to sing about it” opens the song as gentle plucking gives way to more exuberant strumming. Taylor and Hiss Golden Messenger do not have all the answers, and their music is better when they remember that. However, Sanctuary is entirely correct in one regard: Taylor certainly knows how to sing. Only time will tell if Hiss Golden Messenger has indeed plateaued. But even if they have, that plateau is much higher than the hills of North Carolina where they began. 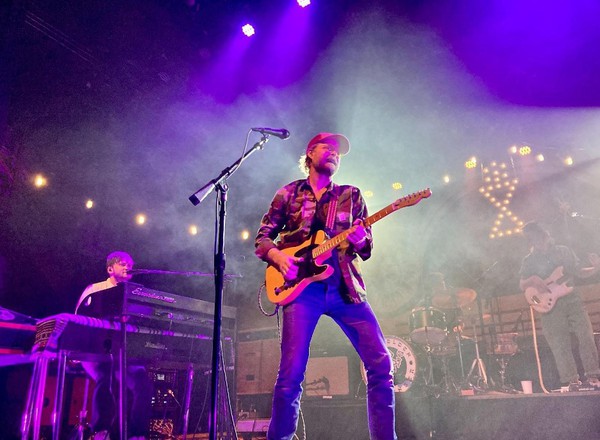 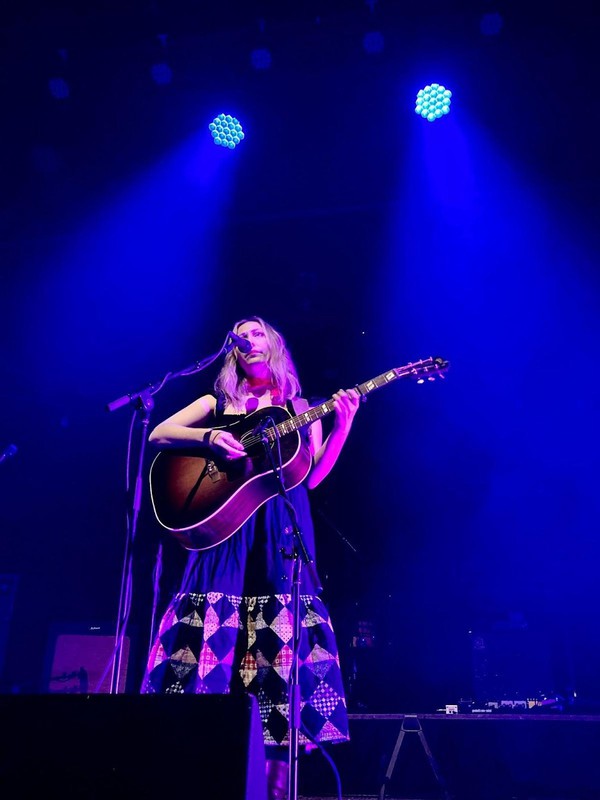