UChicago experts weigh in on climate prospects for the windy city. 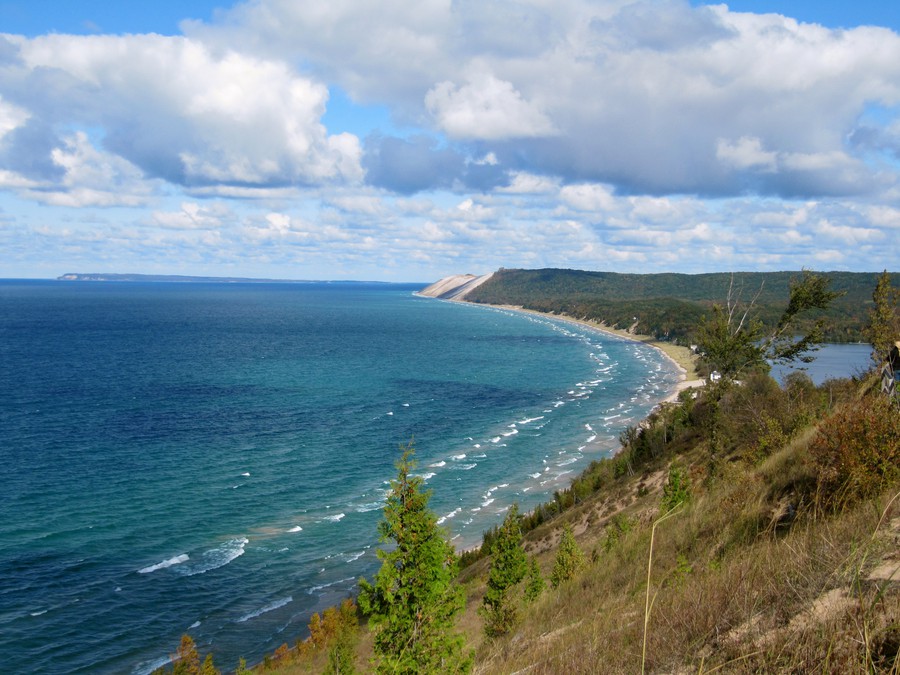 The most recent report from the Intergovernmental Panel on Climate Change (IPCC) portrayed a deeply upsetting climate outlook: At the current pace of greenhouse gas emissions, ave erage global temperatures are set to increase between one and a half to two degrees Celsius in the 21st century. As the world experiences weather and climate extremes, Chicago is not immune to these changes.

Primarily, heavier rains as well as greater variability in the water levels of Lake Michigan will be some of the hardest climate change–induced developments to navigate.

“For Chicago, the biggest climate issue is flooding, and the second-biggest issue would be extreme weather of different flavors, like windstorms,” said Evan Carver, an instructor in the Program on the Global Environment, in an interview with The Maroon.

Carver predicts “extreme both cold and heat events, horrible deadly heat waves, and problematic polar vortex situations.” He added that flooding will likely become consistent in Chicago, while other climate-related disruptions to daily life like storms and periods of extreme heat will be sporadic.

The climate impacts, however, will not affect all residents equally. “The poorest neighborhoods are the ones most likely to have basements that flood regularly or absentee landlords who don’t deal with the situation,” Carver said. “The impacts of the flooding are across the city but are disproportionately felt by the populations that are already most vulnerable. In that sense, the further changes that we anticipate are going to stress our present sort of social inequality even more.”

The Center for Neighborhood Technology examined 59 Chicago zip codes and found that just 13 ZIP codes accounted for 72 percent of flood damage claims between 2007 and 2016. Within these areas, 93 percent of residents were people of color, and 62 percent of households made less than $50,000 annually.

Like flooding, the effects of extreme temperature are experienced far more in low-income neighborhoods. Chicago’s 1995 heat wave killed 739 residents. According to Scientific American, a disproportionate number of these deaths occurred among residents of poorer neighborhoods, living in older homes with inadequate ventilation and black, heat-conducting roofs. Low-income neighborhoods in Chicago—such as Englewood, Fuller Park, and Roseland —are often in industrial parts of the city surrounded by large amounts of asphalt that create an urban heat island effect; the effects of heat waves are not distributed evenly.

Inequity also manifests at the other end of the temperature extreme: As Chicago’s polar vortices become more common, unhoused residents struggle to survive negative temperatures. Even the historically milder seasons have become more problematic: Chicago has seen increasingly wetter springs in the past decade as a result of climate change. According to The New York Times, May 2020 was Chicago’s rainiest May in history, recording 9.51 inches of precipitation. Lake Michigan’s shoreline also poses a threat, as the lake’s water levels have been much harder to predict in the past decade. Between 2013 and 2020, the lake swung over six feet from its lowest to highest recorded levels, both of which come with serious consequences. While a lower lake threatens the flow of the Chicago River, a higher lake causes flooding throughout the city.

To combat the stress of flooding on the city’s sewer systems, the Tunnel and Reservoir Plan (TARP) “captures and stores combined stormwater and sewage that would otherwise overflow from sewers into waterways in rainy weather.” According to the Metropolitan Water Reclamation District of Greater Chicago (MWRD), the 109 miles of tunnels will be completed by 2029. The project, managed by MWRD, began in 1972 in order to protect Lake Michigan, the city’s main source of drinking water, from raw sewage. In heavy rains, sewage treatment plants are inundated

with water, and sewage flows into the river and eventually Lake Michigan. As an alternative to allowing sewage and storm water to flow into the lake or the city, TARP stores the runoff until the storm subsides. Chicago committed to the Paris Climate Agreement in 2017, and it is now 59 percent of the way to reaching its goal of 26.9 million tons of carbon emissions. As part of Chicago’s 2022 budget, it will invest $188 million in what is known as Mayor Lori Lightfoot’s “Green Recovery Agenda.” The money will be used for community and environmental justice investments, equitably growing the tree canopy, energy, equity, and green infrastructure.

“The City has taken some interesting steps toward reducing emissions. They’re not particularly meaningful on a global scale; so much more needs to be done in the city of Chicago and everywhere,” Carver said of these recent developments.

One of the most potentially effective ways to reduce carbon dioxide emissions would be through a carbon tax. “Ultimately, I feel like emitting carbon dioxide to the atmosphere is one person causing harm to another, in a way that should be against the law. But failing that, just making it more expensive would go a long way,” geophysical sciences professor David Archer said.

Experts say an effective climate action plan would ideally include both plans to reduce emissions and tactics to combat already-present climate impacts.

“Even if everyone had an electric car tomorrow, we would still have worse heat waves, which would have worse fatality outcomes, especially in those same vulnerable neighborhoods. The discussion needs to be about how we adapt to the new reality,” Carver said.

Though Chicago will face considerable impacts from climate change, the city is in a far better potential climate situation than other parts of the country, such as the East and West Coasts and the Southwest, which face threats from flooding, intense drought, and wildfire.

One of the reasons for Chicago’s relatively favorable position is the freshwater supplied by Lake Michigan. “We’re insulated from concerns about freshwater because of Lake Michigan, which is probably politically more protected than it would have been because it’s an international lake,” Archer said.

This suggests that Chicago and other northern cities may find themselves ideal destinations for climate migrants. “The idea that there might be migrants who target Chicago makes some people quite excited, and it’s true that the existing urban fabric of the city could absorb more people,” Carver said. “[Chicago] is a place that is losing population, and that’s not generally good for the economy or for the social and political dynamics.”

The City has taken measures to improve infrastructure in order to respond to the stress of both climate change and a large influx of migrants. For instance, the City built fortifications for Lake Michigan in response to the record-high water levels in 2020. Thousands of tons of concrete now secure the shoreline against erosion and flooding as a result of funding from the MWRD.

“This type of mentality of armoring ourselves isn’t very creative, and it’s never going to be enough,” Carver said. “There’s so much embodied energy in the roads, in the sewers, in the other kinds of infrastructure in the city. We need to use the Chicago that was built several decades ago for a larger population. We need to be using it in a more creative way.”