The Fight for Environmental Justice on the Midway 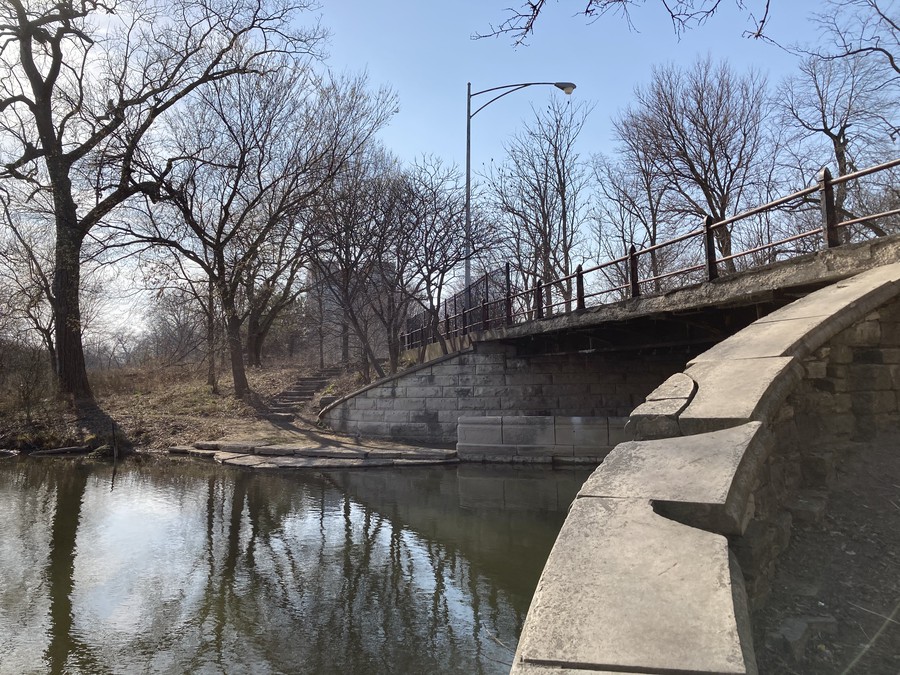 A quiet day at the Jackson Park Lagoon.

Last summer, construction of the Obama Presidential Center (OPC) began in Jackson Park following a period of intense controversy over the center’s effects on surrounding neighborhoods. While most of this controversy centered around housing affordability and gentrification, another issue also deserves our attention: the parks on which the OPC will stand. The OPC’s construction will permanently remove a significant section of Jackson Park, including a playground and an open recreation area. Since Jackson Park received federal funding through the Urban Park and Recreation Recovery Act (UPARR), the City of Chicago is legally required to replace all lost land and recreational facilities. Unfortunately, the plan to replace this lost parkland, developed by the City in conjunction with the National Park Service and the Federal Highway Administration, has been prepared without meaningful community engagement and undercuts the City’s own commitments to sustainability and environmental justice.

Instead of creating a new park, the City’s current proposal is to renovate the easternmost portion of the Midway Plaisance by adding a playground and historic tree walk, and to create additional green space in Jackson Park by narrowing boulevards. Since this section of the Midway already functions as a park with open recreational space, this plan does not meet the needs of the surrounding community—and narrowing roads hardly constitutes a replacement of recreational opportunities.

Chicagoans, particularly those on the South Side, need more green space and recreational opportunities, not park austerity. A 2018 report by Friends of the Park demonstrated that Chicago ranked 14th among 18 major cities in the US in amount of park acreage per 1000 residents. The same report found that parks on the South and West Sides of the city routinely receive less programming and fewer capital improvements than their North Side counterparts. Despite these worrying figures, the city had the opportunity to turn the UPARR process into a win for the South Side: many of the alternative sites proposed by community members and city officials were located in the heart of West Woodlawn, a neighborhood which, aside from Washington Park at its northern border, has very few parks and recreational facilities and an abundance of vacant, city-owned land. The City’s decision to neglect the need for additional parkland in West Woodlawn represents a continuation of the long history of environmental racism inflicted upon the South Side.

The City’s proposal for the Midway also holds significant ecological consequences. The current plan involves draining a roughly half-acre ephemeral wetland occupying the easternmost portion of the Midway Plaisance. Ephemeral wetlands are temporary wetlands that form during spring thaw and periods of exceptional rainfall and support many unique species. They are crucial to maintaining biodiversity in Illinois and the Midwest, and are currently under serious threat of development due to an overall lack of protection by federal and state environmental regulations.

In addition to maintaining biodiversity, ephemeral wetlands can play a valuable role in building climate resilience. Their unique ecology makes them large sinks for carbon dioxide, and Chicago should work to preserve these landscapes if it is to meet its carbon reduction goals outlined in the 2008 Climate Action Plan. Since the mid-20th century, Chicago has seen an increase in total annual precipitation and storm intensity, but our stormwater infrastructure has not caught up. Wetlands can reduce the strain placed on sewers during storm events by storing water and releasing it slowly. Instead of seeing the regular flooding of this wetland as an inconvenience, the city could renovate the area to take advantage of its ecological and educational opportunities by, for example, building elevated wooden walkways so residents can better enjoy and learn from this unique habitat. Residents of Woodlawn, South Shore, and Hyde Park should not have to choose between habitat preservation and recreational opportunities.

One of the most troubling aspects of this plan is that developers and city officials have simply not done enough to engage the surrounding community, particularly those who represent the Midway through the Midway Park Advisory Council (MPAC). Members of MPAC have repeatedly expressed their concerns over the UPARR process through public comment sessions held by the City and a 2018 resolution released by the organization. The City’s failure to properly address these concerns points not only to the inadequacy of its resident engagement strategies, but also to the many difficulties faced by residents trying to influence policy in their community. Park advisory councils like MPAC, while giving a much-needed voice to community members, have no ability to craft or approve policies created by the Park District. If Chicago wishes to fulfill its commitments to environmental justice on the South Side, then it needs to recognize the concerns of residents directly affected by the decisions around Jackson Park and the Midway Plaisance.

Parks are not a luxury. They build community by providing free spaces for people to gather for parties, sports, and more. They serve important educational and psychological roles by offering Chicagoans a chance to directly interact with nature. For kids growing up in Chicago, public parks are their first and sometimes only connection to nature. Parks, especially the wetlands within them, are also essential to promoting public health by filtering air and water pollution. This last function is particularly important for the South Side, which has a history of air pollution from industrial and shipping emissions and has some of the highest rates of asthma in Chicago. By ignoring community input in developing this proposal, the City of Chicago has demonstrated once again that it does not care about the opinions and wellbeing of South Side residents.

If you’re concerned about these developments on the Midway, please email Rosa Escareño, Interim General Superintendent of the Park District (superintendent.Escareno@chicagoparkdistrict.com), and let them know that you support reversing the City’s decision to replace lost parkland in Jackson Park with the eastern portion of the Midway and demand a new UPARR replacement process be conducted in a way that is transparent and accountable to the community. Follow us on Facebook (@UChicago Student Action) for more updates on this campaign.

The UChicago Student Action Environmental Justice Task Force is a student-run, grassroots campaign that connects University community members to issues and campaigns of environmental justice both on campus and throughout Chicago. UCSA is committed to building collective student and community power, as well as dismantling oppressive systems of governance that have marginalized low-income communities and communities of color in Chicago.