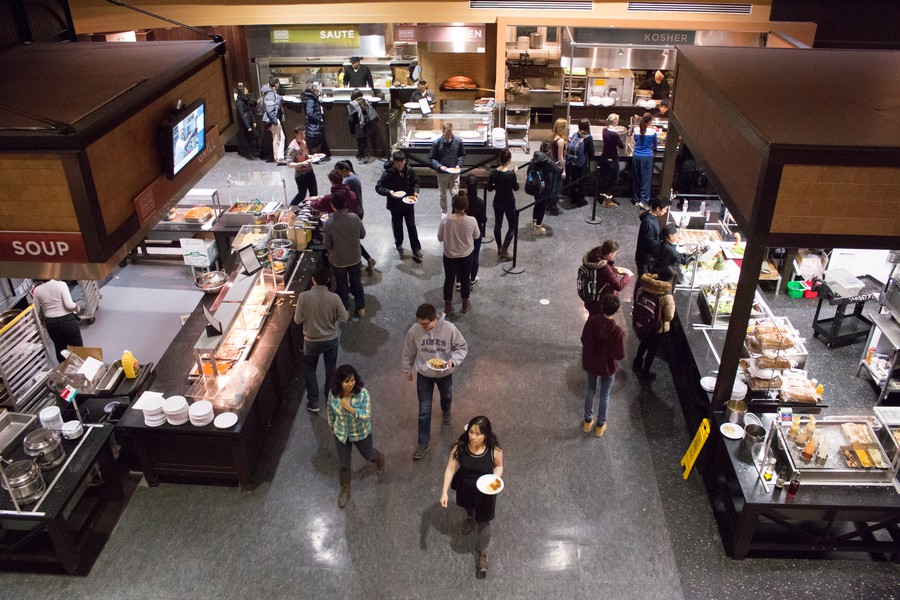 The University will switch food service providers from Aramark to Bon Appétit on July 1.

The University announced in an e-mail on Friday that it will switch food service providers from Aramark to Bon Appétit for the 2016–17 school year. While many students welcomed the announcement, several campus groups have raised concerns about employee retention and food quality.

In her e-mail, Vice President for Campus and Student Life Karen Warren Coleman said that Bon Appétit was chosen after the company’s officials demonstrated a commitment to creating a variety of healthy, high quality meals.

Aramark Vice President for Corporate Communications Karen Cutler responded to the change, saying that the company is proud of the services its employees have provided.

“Aramark very much values the contributions of our employees, and we are particularly proud of the service they have provided at UChicago throughout our successful partnership,” Cutler said. “For almost three decades, Aramark has developed, implemented and continuously enhanced UChicago Dining’s residential, retail, and catering programs, resulting in increased customer satisfaction, revenue growth, and operational improvements.”

The Brotherhood of Teamsters Local 743, a union that represents clerical, maintenance, and dining workers on campus, also responded to the change. Since almost all on-site dining workers will be retained, Director of Field Services Catharine Schutzius stated that the Teamsters’ first priority is to protect union members who currently work for Aramark.

“This [protection] requires that we see to it that the new contractor offers jobs to all of the members working for Aramark, honors the employees’ seniority with the prior employers, and accepts the terms of the current collective bargaining agreement, which covers their wages and benefits,” she wrote in an e-mail to The Maroon.

Schutzius added that the local hopes to establish a good relationship with Bon Appétit, because the food service’s parent company, Compass Group, already has a contract with the Quadrangle Club. The contract is managed by Restaurant Associates, a large food service company that handles written agreements between corporations and dining institutions.

Other groups, like the University’s Fight for Just Food Coalition, stated their dissatisfaction with the final decision. Third-year member Natalie Naculich said that the group will continue its efforts to move towards self-operation and aiding South Side businesses.

“Bon Appétit is a subsidiary of Compass Group, which profits from serving food in prisons, so for us, this decision demonstrates the university’s continued complicity in mass incarceration,” Naculich said. “We’re continuing to push for UChicago Dining to transition to self-operation within three years, and to give 40 percent of the dining contract to local South Side businesses.”

Bon Appétit’s transition to the University begins on July 1.

Editor’s Note: This is an updated version of an article that was first published online on April 29.