What the Plan for Reopening CPS Contains 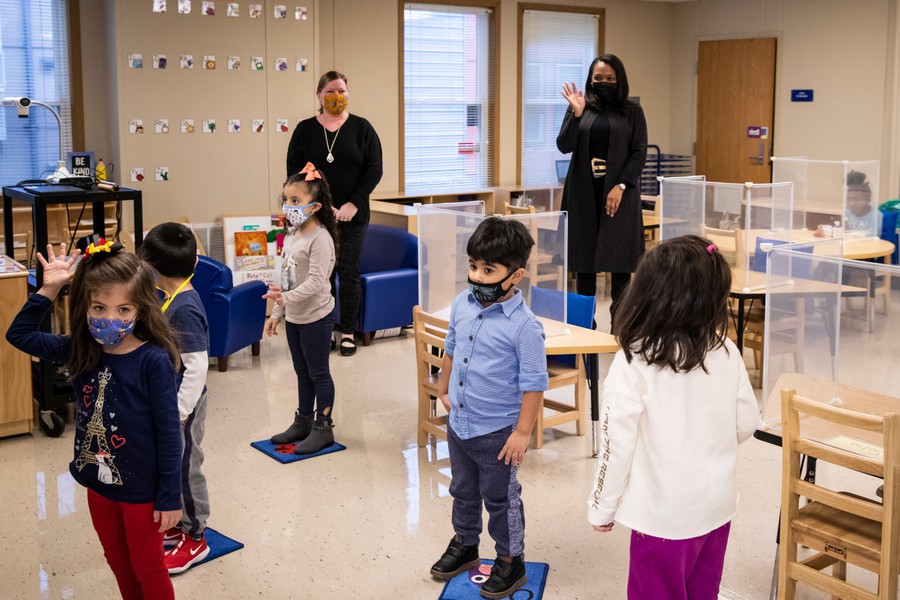 The plan comes after weeks of negotiations between the CTU and CPS regarding what it would take for the CPS to reopen safely and whether the district should reopen for in-person learning at all. Pre-K and cluster classroom staff briefly returned to schools on January 15 despite CTU criticism that the reopening plan failed to adequately ensure the safety of teachers and students.

Those unaddressed criticisms caused CTU to vote in favor of having staff work remotely through the bargaining process between CPS and CTU, resulting in CPS reverting to remote instruction since January 27.

Under the new plan, pre-K and cluster staff and students resumed in-person school on February 11. This will be followed by kindergarten through fifth grade returning on March 1 and sixth through eighth grade on March 8.

It is unclear, however, exactly how many students will return to school. The original January reopening had 5,225 pre-kindergarten and special education students returning to classrooms. According to intent-to-return forms administered in December to parents of CPS students, 77,000 indicated they would send their children back to in-person school, but that number had already dropped to 67,000 come January.

The new plan includes greater provisions for providing PPE to all teachers and stricter testing protocols.

It also presents a vaccination program for CPS employees. Under the program, CPS will provide 1,500 first doses of the COVID-19 vaccine to staff each week, which will increase at pace with the vaccine supply in Chicago. These vaccines will be acquired and rolled out through two programs, the first being Protect Chicago Plus, the initiative created to ensure that vaccine rollout prioritized communities in Chicago that have been hardest hit by the virus. The second involves a partnership with health providers to give vaccination priority to CTU members.

Vaccinations will be administered to CPS employees returning to school beginning on or shortly after February 8 using a priority list, with the first dose going first to CTU members in the high-risk age and demographic groups, next those who work in the ten zip codes with the highest COVID-19 rates, and then those who have accommodations for receiving the vaccination before resuming in-person work. The priority list will be used for each following phase of returning more grades to in-person schooling.

Those accommodations range from individuals who live in households with high-risk members to those who will have challenges finding childcare. Employees who do not qualify for any accommodations have the option to take job-protected unpaid leave with benefits for the quarter and remain eligible for vaccinations under the vaccination program for CPS employees.

A separate letter that accompanies the plan reinstated CTU members who have been locked out of CPS digital accounts and are no longer receiving pay because they did not show up to work in person. Disciplinary action against those who worked remotely without permission or being absent without leave has been dropped. This also extends to CTU members who are currently being investigated for matters related to “communications with parents” but have not yet received formal disciplinary notices.

However, the reinstatement provision does not recompense CTU members for the time that they were locked out. Additionally, discipline in cases where CTU members have already received notices will not be dropped and instead addressed through the usual disciplinary, grievance, and arbitration processes.