At community kitchen, a troubled past boils away 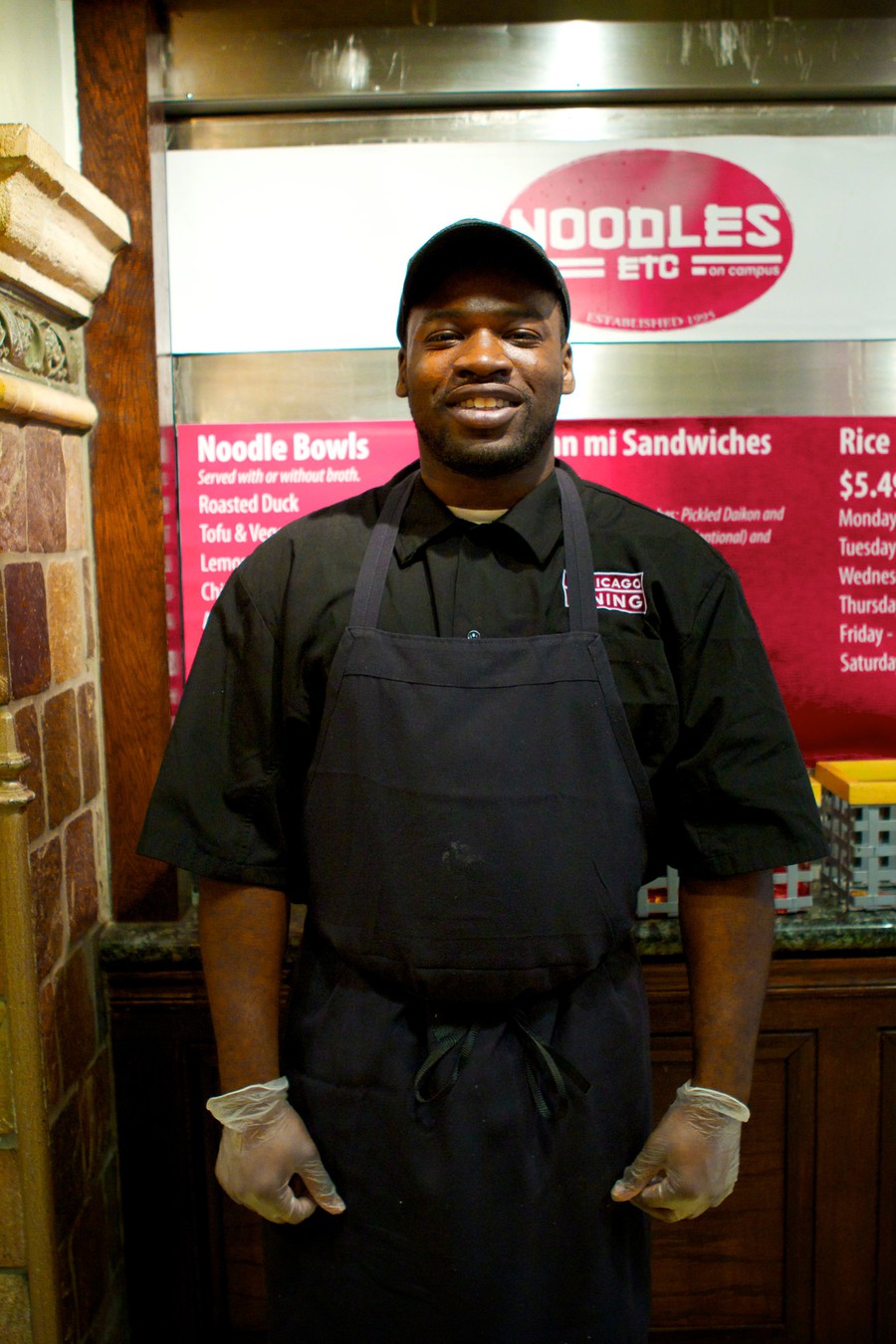 Four months ago, 25-year-old Lamont Herron was given a second chance to pursue his dream of becoming a seasoned chef, a passion that has simmered since he was young, despite several dips and turns along the way.

Herron landed a job at the Noodles Etc. offshoot in Hutchinson Commons, after participating in a 13-week training program at the Garfield Park Inspiration Kitchen, where he took hands-on training classes that taught him basic sanitation practices and learned several new recipes. The program helps over 3,000 people each year affected by homelessness and poverty to improve their lives by providing employment training, job placement, and housing. Inspiration Kitchen, part of the Inspiration Corporation, is also a fully functioning restaurant run by students in the program.

Growing up on the West Side of Chicago and raised by his grandfather, Herron took particular interest in his aunts’ gastronomical endeavors as they prepared various recipes for the neighborhood.

“Your dream will come true eventually as long as you stick to it,” Herron said.

Upon graduating from high school, Herron enrolled in a culinary college but withdrew when he was unable to afford required books for his classes.

After trying several different jobs, including working at a family-owned construction business and handing out fliers, one of Herron’s friends got him into drug dealing. Eventually he was caught by the police and spent a year in jail.

“With a criminal background, it is nearly impossible to find a job anywhere,” Herron said. “There were times that I filled in job applications every day, but none of them gave me replies.”

On his girlfriend’s urging, Herron found his “second chance” at Inspiration Kitchen and “kept calling them every day for a month” until he was offered an interview. He was admitted two weeks later and trained six days a week for the next three months.

Even though it costs Inspiration Kitchen approximately $10,000 to train each student, Herron enrolled in the program free of charge. The only necessary commitments required of Herron were “time, patience, and dedication.”

“They bring hope and open a door to people like me. I just need a second chance. And they give me exactly what I need,” he said.