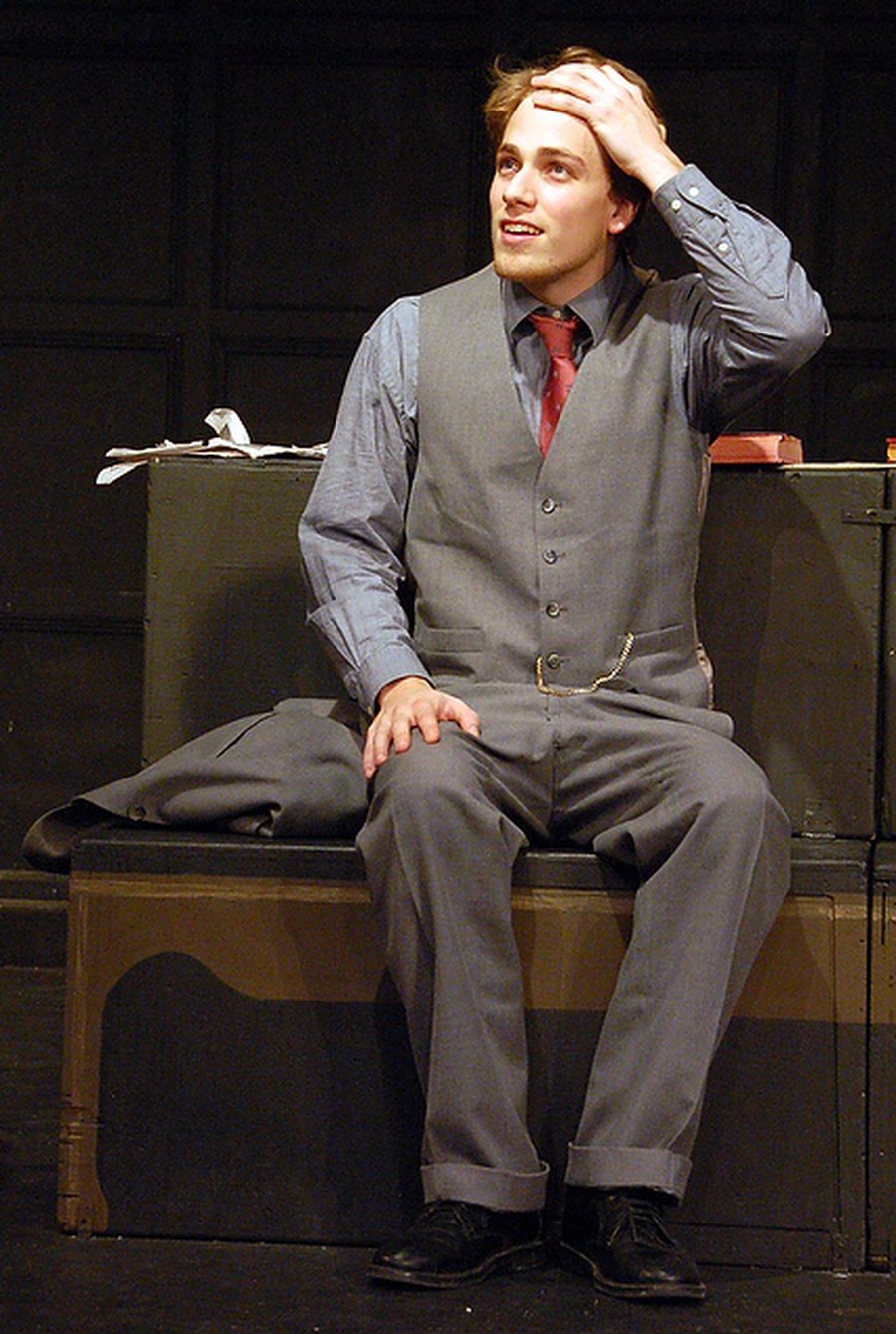 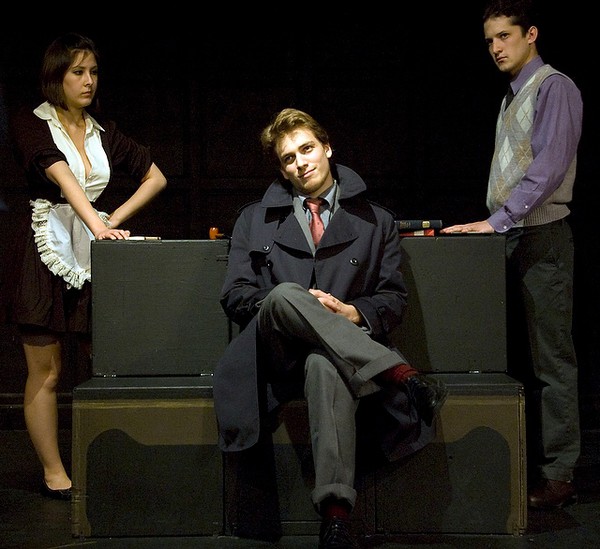 Camille van Horne / The Chicago Maroon
When Tartuffe was first unleashed on the Parisian public in 1664, the most controversial thing about it, and the reason it was banned by the Archbishop of Paris, was its cutting portrayal of religious hypocrisy. These days, the combination of religion and hypocrisy seems as natural as the combination of Ted Haggard and crystal meth.

In her new production of Tartuffe, playing at the First Floor Theater until Saturday, third-year director Morgan Warfield-Reich shows us a different side of Molière’s great play: its depiction of the deep risks and numberless rewards of falling in love.

Recast in 1950s New England, University Theater’s Tartuffe centers on the friendship between the religious con man Tartuffe and his benefactor Orgon, the patriarch of a lively, amorous family. Although his family is deeply suspicious of Tartuffe, Orgon is positively obsessed with him. But Tartuffe has one fatal weakness: Orgon’s wife, Elmire. When the family sets a trap for Tartuffe with Elmire as the bait, the jig seems to be up for the religious imposter. But with the help of some powerful reverse psychology, Tartuffe is able to convince Orgon that his son Damis is lying about Tartuffe’s attempt at seduction. Orgon banishes Damis and signs over his worldly possessions—along with his daughter Marianne—to Tartuffe. The family must reveal Tartuffe’s disloyalty in front of Orgon’s own eyes, or all is lost.

Warfield-Reich says she knew she had to direct Tartuffe from the moment she read it. “I fell in love with Tartuffe when I took History and Theory of Drama from David Bevington in my second year. I had been obsessed with the idea that it’s this beautiful 18th century period play, a foray into what it is to live in a society that has that many rules, because we don’t live in a society that has rules like that. But then I reread the play and realized that while it is about rules, it’s more about breaking them, and you don’t need a spectacle to break rules, just a system, an established order—and what better than 1950s New England for an established order?”

At the center of the play is the complex character of Tartuffe. Fourth-year James Rumsey-Merlan, in his first U.T. performance, gives a knockout turn as this reprehensible yet powerfully attractive hypocrite. Slithering across the stage, his eyes probing, searching, and undressing, Rumsey-Merlan conjures up a character at once conscious of his falsity and inspired by his own lies. You can see why the Catholic Church went berserk back in the 1660s; there’s nothing more pleasurable—or funny—than seeing Tartuffe, with exclamations of contrition and solemn vows of repentance, weasel out of his wrongdoings. Yes, he’s an imposter and a hypocrite, but there are few other characters that are so wonderfully alive.

When rehearsing the play, Warfield-Reich says she was guided by the idea that Tartuffe should be attractive to the audience. “Integral to the play being a success is the possibility that the audience falls in love with him as much as Orgon does; we have to at least be able to see why. He’s a bad boy, and we love bad boys. Everybody loves somebody who might hurt them because we want to reform them or whatever. But he’s in love with Elmire, and I think he feels true betrayal when it turns out she doesn’t feel the same way.”

As Orgon, fourth year Evan Cudworth injects broad farce into the production. You can see echoes of John Cleese’s Basil Fawlty in the way the tall, gangly actor scoots about the stage in a frenzy, performing near-acrobatic feats while sucking down cups of tea and vacillating between towering rage and heartfelt love. About Orgon’s relationship with Tartuffe, Cudworth says, “He’s head over heels for Tartuffe. Orgon is a powerful man but without natural charisma, sort of fumbling, and he sees that Tartuffe can light a room up. My initial image of Tartuffe was of this man who walks into a church, exclaiming piously and shedding holy tears, and just moving everyone else with his emotion. Orgon loves that, because he himself lacks that ability.”

Much of Cudworth’s performance is extemporaneous, he says. “I’d say 30 to 40 percent of what you see is improvised, all the drinking of the tea, talking to the audience—it might not be like that tomorrow night.”

Other standout performances include first-year Nick Bailey’s Cléante, third-year Toby Tieger’s Valère, and third-year Alli Urbanik’s Dorine. Cléante is a mildly pompous Enlightenment sage who never has enough words to express his admiration for the virtues of reason and moderation. Tieger is able to give Valère’s romantic straight-man role some much-needed heft and humor. Urbanik’s Dorine is, like Cléante, a councilor for the family, but she dispenses an earthy, realistic wisdom.

Ultimately, Warfield-Reich explains, the play is relevant because it reaffirms the importance of love. “Of course, the play argues for the dangers of love, but it contends that you absolutely have to fall, genuinely fall, in love anyway. Because every once and a while it will work out. You have to have faith in human goodness, despite and because there are those in whom we can never have faith. In a society where relationships can be just fun and casual, a hook-up society like ours, that’s important to remember.”

As Cléante puts it in the play’s final act: “It is better to err, if err one must/ As you have done, upon the side of trust.”