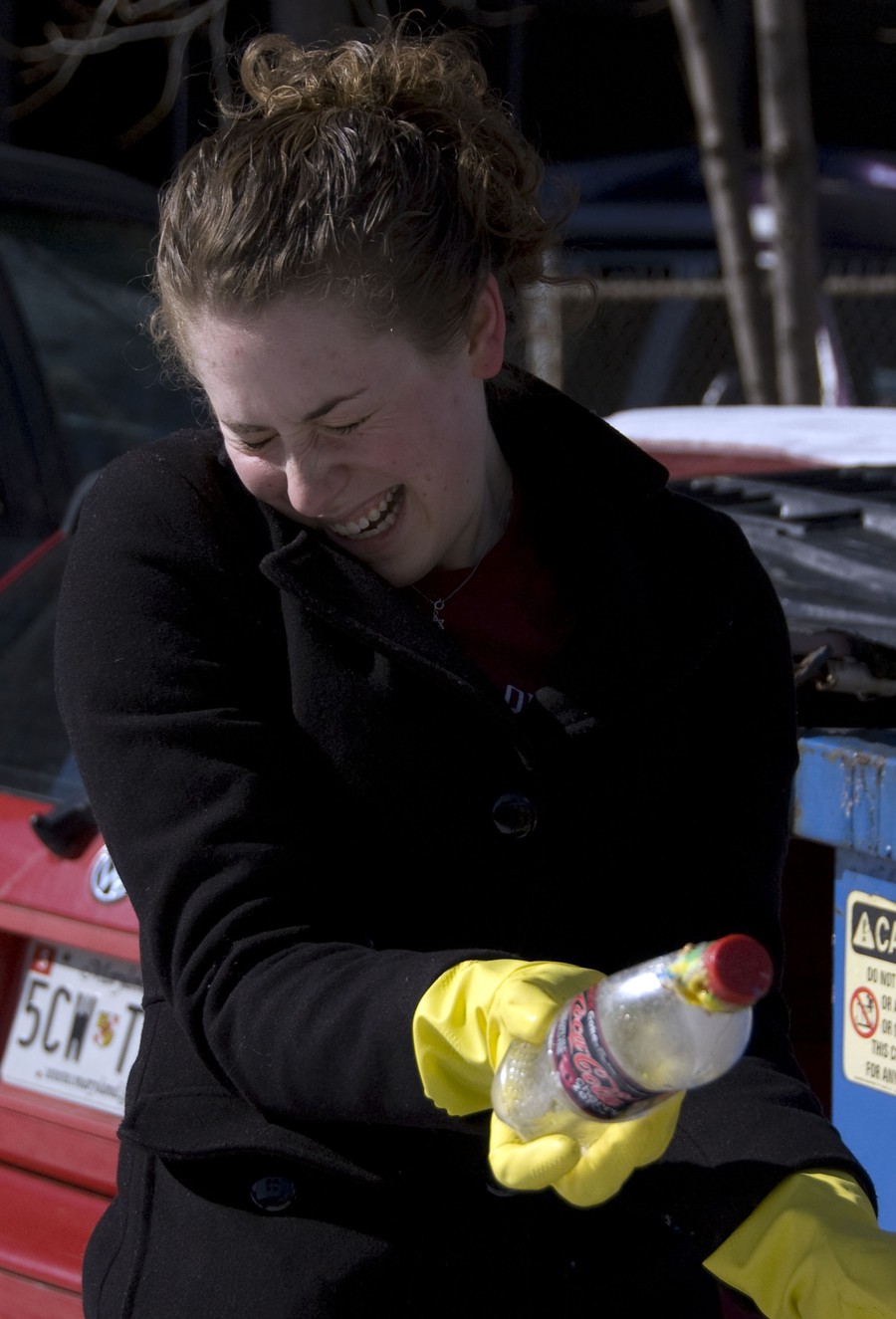 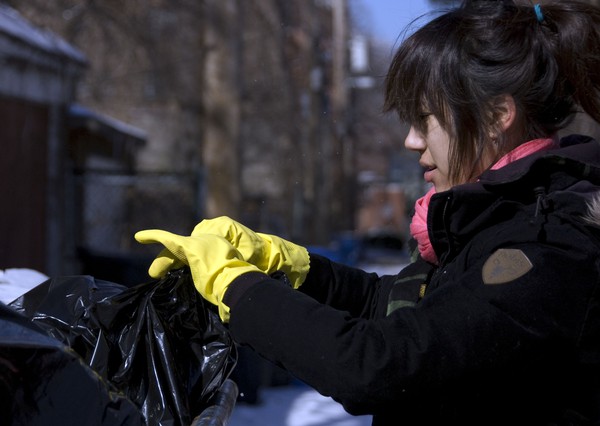 Camille van Horne / The Chicago Maroon
On a recent Sunday afternoon, a group of first-years stood in the Psi Upsilon house, waiting for the fraternity’s president to come downstairs. This small group had a large task. Calling themselves the Green Greeks, they seek to make frat parties—events that consume large amounts of glass, plastic, and aluminum—a little gentler on the environment.

One of the brothers went to fetch the president; the group wanted to ask about the whereabouts of his house’s trashcans. While they waited, an older gentleman walked over from the dining room, where an alumni function was taking place. The man, who graduated from the University of Chicago in the early 1960s and was a member of Psi Upsilon, made small talk. A member of the group, Tiffany Sommadossi, asked if the house looks the same.

“It’s exactly the same. It’s still a mess!” he said with a laugh.

Fourth-year Chris Powers, Psi Upsilon’s president, shuffled downstairs, his disheveled hair suggesting that he’d only recently woken up. Apologetically, he told the group that because of the alumni luncheon, the brothers had to quickly clean up the mess from last night’s “Superheroes” party. Without hesitating, Nathalie Lowenthal-Savy assured Powers that it wasn’t a problem; they’d go out to the dumpster. So they went out into the bitter cold of the alley behind Psi U’s house, where the four first-years—Lowenthal-Savy and Sommadossi were joined by Molly FitzMaurice and Sarah Rodriguez—donned yellow plastic gloves and began to pull bags of trash from the dumpster, searching for anything that could be recycled.

FitzMaurice conceived of the idea while attending Alpha Delta Phi’s Bar Night during fall quarter. She recalled finding the amount of recyclables going to waste “shocking and disturbing.”

FitzMaurice pitched the idea of a club that could regularly recycle the waste from frat parties to Lowenthal-Savy (all of the Green Greeks have so far come from Pierce Tower’s Shorey House), and the duo decided to begin work in the winter.

It is certainly an unsavory task. Each bag of trash the Green Greeks wade through is a humid mess of leaked beer, soggy paper towels, cigarette butts, and the odd food item. The group has seen partygoers urinating into the trashcans they knew they would be sorting through the next day.

Garbage has proven to be only one of the Greeks’ obstacles. From the beginning, the Greeks faced numerous organizational challenges. FitzMaurice originally planned on having the group use Bar Night as a regular practice ground before moving on to other fraternities, but when that event was put on hold in January, the Green Greeks were forced to expand their operation.

Getting the fraternities on board has also proven difficult. FitzMaurice described the fraternities as “cooperative but not organized” and a little perplexed at the sight of a few first-years rooting through their trash the morning after a party. The group recently sent out an e-mail asking fraternities to appoint a member to coordinate with the Green Greeks.

“There’s a feeling we have to start over again,” FitzMaurice said of each time the group visits a fraternity. “I’d just like it to be a little more systematized and expected.”

In the short term, the group is seeking funding and more members, though progress has been slow on both fronts. Because Illinois doesn’t offer any refunds for recycling, the Green Greeks haven’t been able to use financial incentives to coax the fraternities into cooperation. The group asked Community Service Center Director Wallace Goode about becoming a service RSO, but they were denied because they don’t serve the community at large, though Goode offered advice about becoming an RSO.

FitzMaurice said she plans to speak with campus environmental groups like the Green Campus Initiative and the Sustainability Council about the possibility of acting under the auspices of these groups. This would give the group access to funds with which they could, for instance, purchase biodegradable cups to provide to fraternities—the standard red Solo cup is not recyclable.

As for members, the group is not only seeking more of them, but more of them from the opposite sex.

“It’s no coincidence that all of the members are girls,” FitzMaurice said, speculating that for many men, going into a “Mecca of masculinity” like a frat house and doing work that could be perceived as domestic is “emasculating.” The group’s members emphasized that they aren’t cleaning up after the frats—they’re just after anything that can be recycled.

Despite the long list of challenges, the Green Greeks have pressed ahead diligently, with plans to start posting flyers and hopes of recruiting sorority sisters who need service hours.

On their trip to Psi U, the group made a bit of progress. When Lowenthal-Savy returned from asking one of the brothers how often their trash was collected, she reported that he had thanked her for coming and recycling.

As for the actual trash sorting, the girls treat it as a sort of treasure hunt. On this trip, they found two spoons, a knife, a coconut, and a bright pink, fur-trimmed Victoria’s Secret miniskirt of startling brevity.

Having separated their trophies from the items to be recycled, the girls hauled seven bags to the recycling dumpster outside of the Reynolds Club. Then they filed inside to wash their hands.