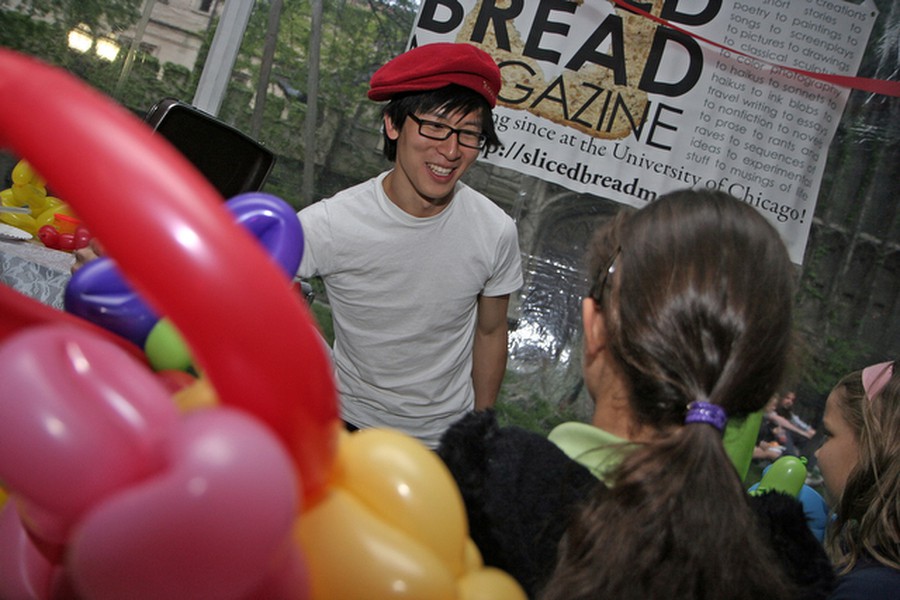 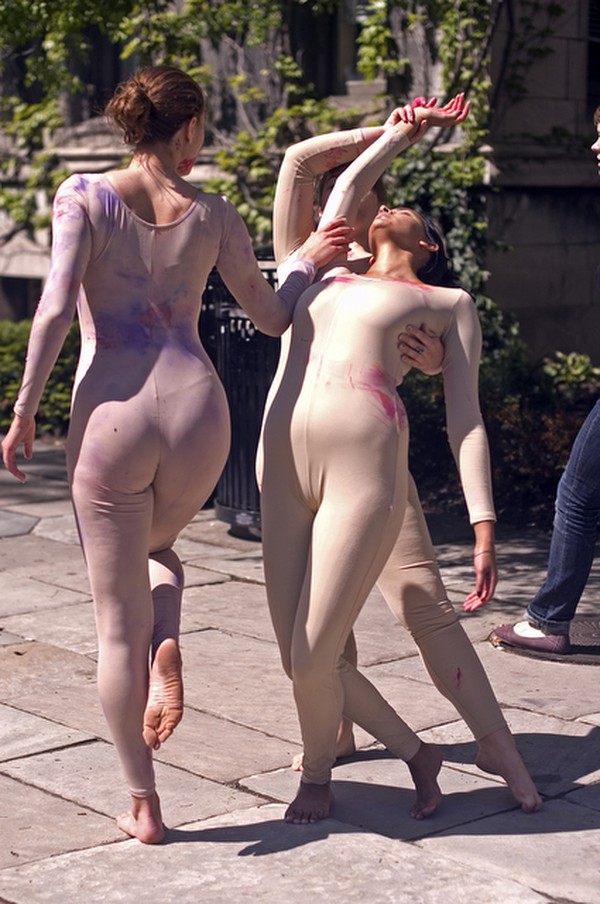 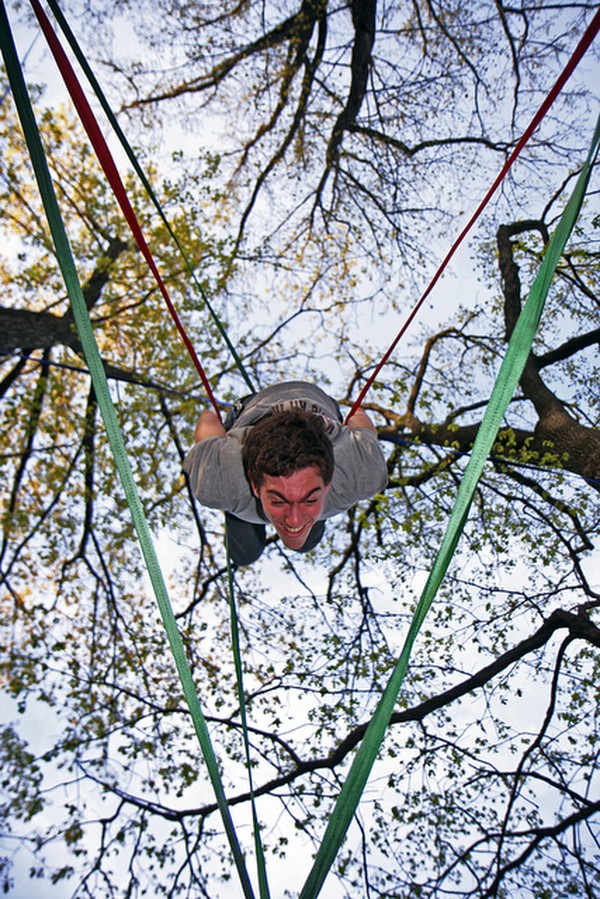 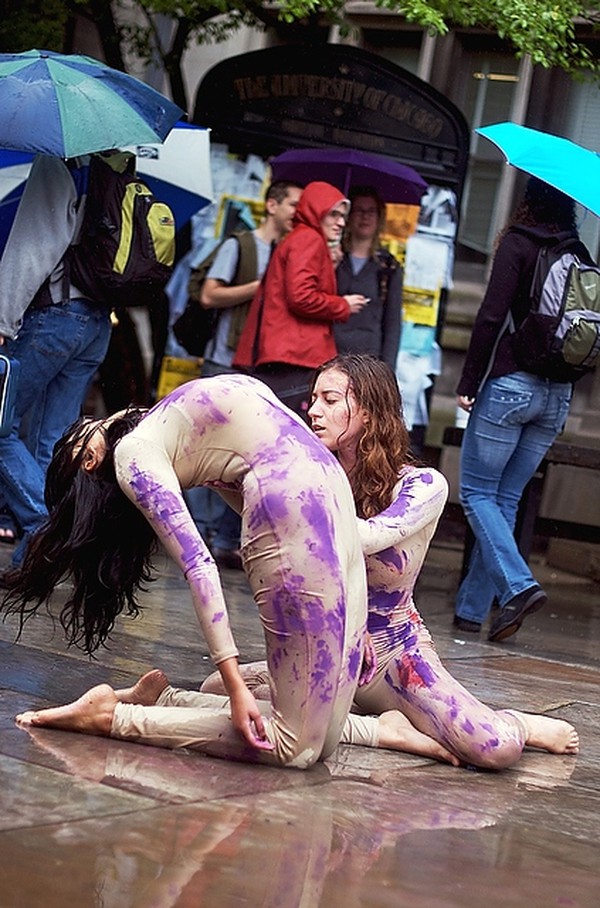 Camille van Horne / The Chicago Maroon
A milkshake-making bicycle, a man made of paper airplanes, a light installation representing the myth of Persephone, and spontaneous guerrilla art performances marked this year’s Festival of the Arts (FOTA). The artists selected this year featured a mix of installation, performance, and more traditional artwork.

FOTA kicked off in Hutch Courtyard Saturday night with a launch party and fashion show featuring work by this year’s artists and student-designed fashions worn by student models.

Artists are chosen based on creativity and skill, according to third-year co-director Anastasia Barron. “We want whatever will be the most high impact, to make sure that people know there is an art festival going on.”

The festivities continued Sunday with Happy Fun Arts Day, a new event designed to get more people involved in the festival, featuring crafts as well as interactive demonstrations and performances by campus RSOs.

“We’ve been trying this year to make FOTA more inclusive,” said Barron, who has been involved in FOTA since winter quarter her first year. “Anyone can bring something to campus,” Tchoukleva said.

Second-year Bruno Cabral, one of this year’s artists, created a series of mirrors, each engraved with a different message, that are currently on display in McCormick Tribune Lounge.

“I’ve had the idea ready conceptually for a while,” Cabral said of his collection, entitled Whatever You Say, after the message cut into the first mirror. The mirrors are placed in front of a light, so that the observer sees the message reflected in their face.

“This is where it gets gushy and artsy,” Cabral said. He added that the mirrors are “an invitation to explore the depths of meditation.”

Fourth-year Bailey Scott also incorporated light into her installation, which represents the myth of Persephone, and served as the centerpiece for the fashion show. “It is evocative of feelings, events, and seasons,” Scott said.

Located in the fountain of Hutch Courtyard, the installation consists of a wooden structure strung with fabric, and a series of objects intended as flowers in the center. The presentation is heavily dependent on the lighting that Scott incorporates.

Fourth-year Remy Cosse took a digital approach to “surprise the viewer,” he wrote in an email. Cosse used a Web program, a camera, and the Reynolds Club monitor to create digital images of people as they walk by.

“That’s what I like about FOTA, putting art where you weren’t expecting it,” Cosse said.

“Our goal with FOTA is to create venues and encourage people to create art,” Barron said.