RSO hopes to make a tradition of Humans vs. Zombies

Humans vs. Zombies ended Tuesday with record numbers of participants, but the Zombie Readiness Task Force is prepared to turn even more students into zombies in the future. 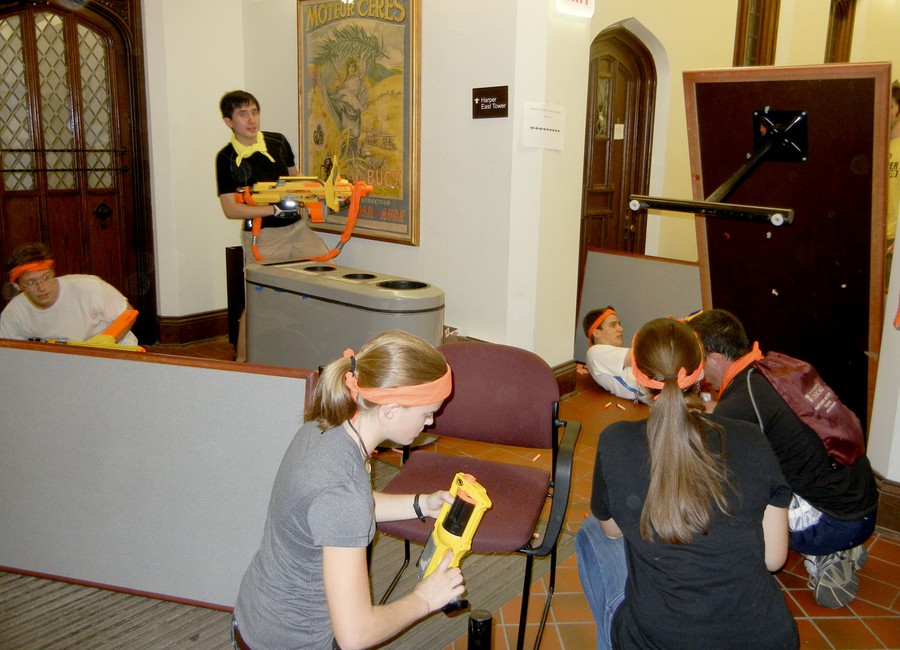 After ending a week of Nerf guns and injuries on Tuesday, one RSO is hoping to turn more students into zombies in the future.

A student under the alias “Real Snake” won the real-life role-playing game Humans vs. Zombies with the most kills, 26, while 22 humans remained out of more than 200 participants.

Put on by the Zombie Readiness Task Force (ZRTF), Humans vs. Zombies is held twice a year. All players, except for one “Original Zombie,” start out the game as humans, and the infection spreads from this first zombie to the rest of the players. Zombies are identified by orange headbands.

Second-year Christopher Dewing was the “Original Zombie” this year. “The game just creates more fun in your life: As opposed to walking to class feeling dreary, you’re walking to class and you’re moving your gun around, checking for zombies. It creates excitement in your day. So, instead of your standard week, you have a very exciting week,” Dewing said.

In the game, humans are equipped with a Nerf gun and can render zombies inactive for five minutes, while zombies can tag humans to “infect” them.

Although several participants suffered minor to moderate injuries, the ZRTF administrative team was very happy with the way the game went, particularly with the large turnout this year.

The ZRTF hopes to expand the game to the size of Scav Hunt and Kuvia.

“Something that the administrators [of the ZRTF] are talking about is that we could really become something that’s one of those quirky UChicago traditions,” ZRTF Vice President and second-year Dean Cooney said.