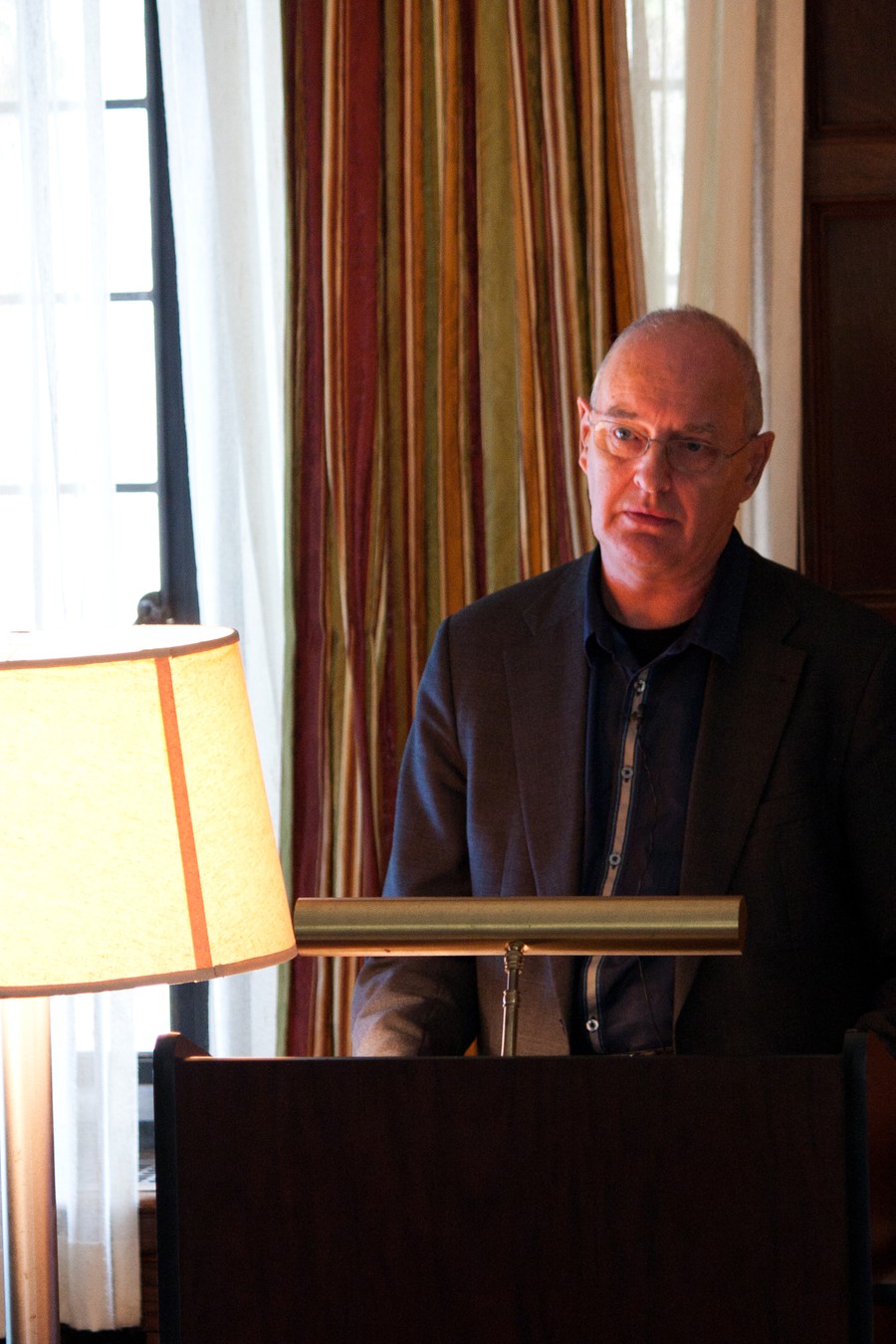 Poet Allen Fisher discussed the work of his English contemporaries and examined the role of the self in poetry in a Friday night lecture in the Social Sciences Tea Room.

Fisher, who is often associated with the modernist-influenced British Poetry Revival of the 1960s and 1970s, commented on the rhetorical devices and aesthetics of 14 pieces of poetry, each written in the last five years.

Drawing from those examples of contemporary English poetry, Fisher discussed the concept of negentropy—an idea that Fisher described as “contrary to the theory that the universe is running down.”

The lecture complemented a reading that Fisher, also an art historian, painter, and publisher, had given from his own work earlier in the week. Included in the lecture was an excerpt from “Like Feeling,” a poem written by Professor John Wilkinson of the English department.

Fisher also examined the themes of transformation and improvisation in each of the selections he read, which included the work of poets Ulli Freer, Caroline Bergvall, Emily Critchley, and Rob Holloway.

“We experience the world through not only what we see and smell, but through our own being,” Fisher said.

Students who attended the lecture praised Fisher’s ability to clearly explain the works from which he read.

“I work a lot with modernism…. I found it very impressive that [Fisher] was able to read such difficult poems and parse out the intricacies of their meanings,” second-year Ph.D. student Rachel Kyne said.

The lecture, entitled “Testing and Experimenting: After the Complexity Manifold,” was presented as part of the Poem Present Reading and Lecture Series. The series, which began in 2001, brings distinguished poets to campus to read from their work and speak on topics of the authors’ choosing.