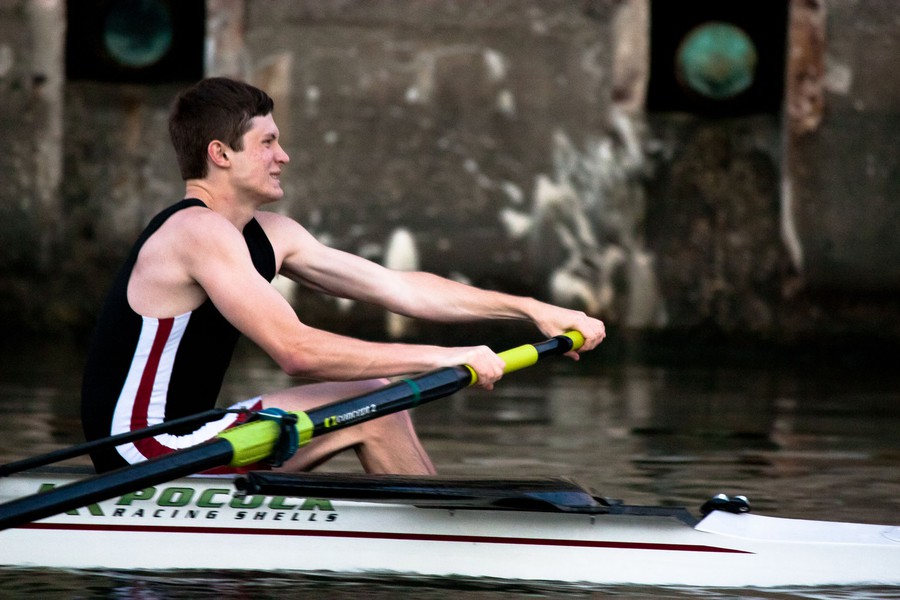 As other students sleepily made their way to their first Monday morning classes, five members of Chicago’s rowing team, fourth years Emily Lo, Chelsea Steffen, Sasha Ostapenko, John Kohler, and third-year Emily Chen, as well as their coach, Rosemary Anderson, returned home from a four-day long journey to Paris. The team left September 22, a Thursday, arrived in Paris Friday morning, and were greeted by members of their host club, Aviron Marne & Joinville Rowing Club. The trip was made possible by a collaborative effort with the Paris Committee of the Chicago Sister Cities International Program. In July, as a continued part of the program, Chicago will host the Parisian clubs in Chicago. The relationship will be an ongoing one, as crew will travel to Paris every September and host the Aviron Marne and Joinville clubs in July.

The overseas excursion was the first for crew, and it was also the first time that the athletic department has provided financial assistance in sending a club team overseas. Upon receiving the invitation from the French clubs, the team met with head athletic director Tom Weingartner and assistant athletic director in charge of intramural, recreation, and club sports, Brian Bock. The athletic department ultimately decided to pay for approximately half of the trip, according to Chen, who is secretary and website manager for the team. The other 50 percent were provided from the team’s funds. The NCAA prohibits athletic departments from funding athletic trips abroad more than once every three years, but because of the crew team’s club sport status, they are able to work around this restriction. While in Paris, crew needed only to pay for food out of pocket, as lodging was provided by members of the host club. 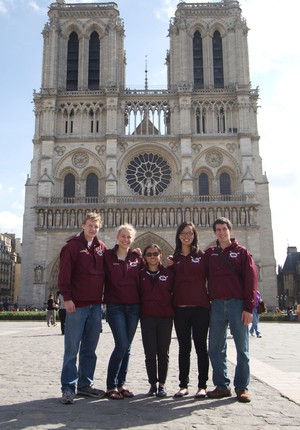 Emily Lo / The Chicago Maroon
Much like the baseball team’s trip to Japan in 1998, the Paris journey was a very welcome, but unexpected, surprise. “It was very last minute for us because literally we found out we were going two weeks before it happened,” Chen said. The athletic department jumped at the opportunity to send the team to Paris, solidifying its reputation as an athletic departments dedicated to sending athletes abroad. Since 1997, 10 Chicago sports programs have traveled to 14 nations on four different continents.

“The same rationale that Dean [John] Boyer has made for the study abroad programs, we make for international travel,” Weingartner said in an interview last week. “We’re part of the global community. These are profoundly memorable experiences that you learn a lot from. You’re exposed to a lot, and hey, they’re fun.”

While in Paris, the team competed in the La 25ème Traversée de Paris, which translates to, “the 25th crossing of Paris.” The ‘“crossing” is not a race; rather, twenty five teams from across the world ride in close to 200 boats over a distance of 21 miles along the River Seine over the course of roughly two hours, allowing rowers to take in such landmarks as the Louvre, the Eiffel Tower, and Notre Dame. “[Being] able to row past these beautiful monuments in this beautiful place…It was just overwhelming in such a good way,” Steffen said. Chicago was the first American team to ever partake in the historic event. The team was given an American flag to display as they rowed down the Siene, leading to cheers and applause from French observers.

“One French boat actually started singing the American national anthem as we rowed by them,” Chen said, laughing.

The team used three criteria_seniority, experience, and leadership-in order to decide which members were selected to make the trip abroad. Chen was the only non-fourth-year amongst those that traveled, and doesn’t plan on making the trip next year so that more members of the team are able to go abroad. The team’s close-knit nature quelled what few arguments there were over who would ultimately get the opportunity to go on the trip, Steffen said. “I think the really good thing about our team at this point is that we’re all very good friends. We would’ve all been happy to give that opportunity to anyone else on the team.

Although the team lauded the administration for the opportunity to go abroad, some mentioned that the trip would be even better would if it could be lengthened. “I think next year, if possible, adding a couple of extra days [would help],” Ostapenko said. “That being said, the trip was absolutely amazing.”

The team had their first regular season regatta this past weekend on Saturday, a low-key scrimmage against teams from Northwestern and North Park, among others. The men took first in both men’s varsity eight and four with coxswain, while the women also took first in varsity eight and four with coxswain. Chicago’s next competition will be on this Friday at the Head of the Rock regatta in Rockford, IL.