Injury shuts down dance room, leaving RSOs up in the air 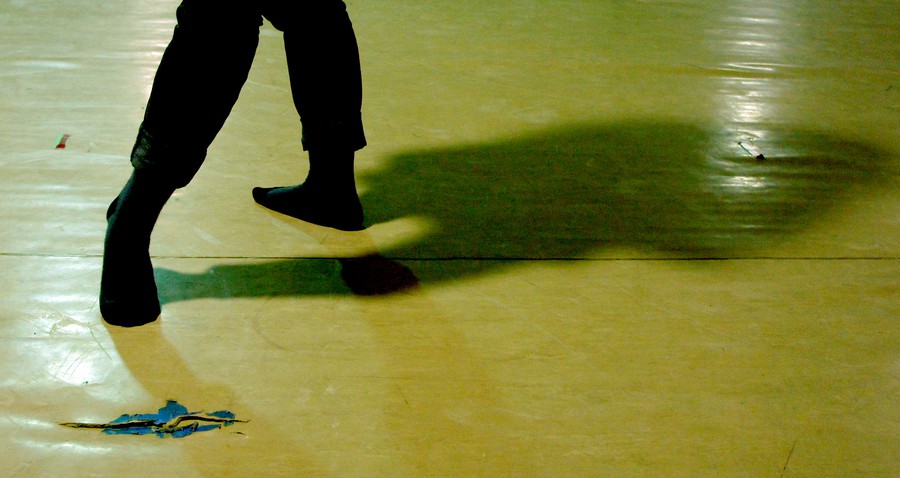 A dance injury last Thursday led to the indefinite closure of the Ida Noyes Hall Dance Room, one of the most used dance spaces for RSOs.

The dance room, located in the basement of Ida Noyes, had been the subject of student complaints for over a year for its lack of maintenance and safety risks posed by damaged flooring. One student twisted his ankle in February; when another student injured his ankle last Thursday, administrators decided to close the room indefinitely.

Although the most recent incident was captured on video, it is unclear what caused the injury. However, the major safety risk raised by students who use the dance room is the uneven flooring surface. The “marley,” a term used to describe the performance dance surface that sits on top of the floor itself, has formed “bubbles” that can trip a dancer. Eventually, the bubbles pop and leave holes behind. February’s incident occurred when a student fell after getting a toe caught in one such hole.

Last week’s injury was reported along with the video on Tuesday evening. Within hours, an Ida Noyes building manager closed the room, stopping a rehearsal by the dance RSO Maya. According to Co-Director of Maya and Technical Director for Dance Council third-year Shir Yehoshua, the staffer told students that the room was being closed “indefinitely.”

In an e-mail addressed to student leaders, the Director of the Office of Event Services Timothy J. Banks and ORCSA Director Sharlene Holly said that while it’s unclear whether the injury was caused by room issues, the room was closed in order to evaluate the safety of the space.

“In order to assess the state of the floor, to ensure the safety of users of the space, and to determine our ability to make any immediate repairs, the dance room was closed while these assessments were conducted,” the e-mail says, noting that an update on the status of the room is expected today.

For fourth-year Persephone Ma, the president of Dance Council, the administration’s response was too little, too late.

“If they had had regular maintenance of the space, they would be able to keep tabs on it and this wouldn’t have happened.… I think it’s not the appropriate reaction. The timing is bad,” said Ma, who also serves as the executive director of the RSO University Ballet. “[The room] is also just a staple for many, many dance crews.”

Leaders from twelve dance RSOs sent a letter to Banks last November, with additional letters from seven of those groups attached. However, Banks was not the person ultimately in charge of the room at the time, University spokesperson Jeremy Manier said. Final authority of the room was given to Banks in August.

Yehoshua and Ma said that while the damaged dance surface does pose a safety risk, the room should be re-opened since the safety situation has not changed.

Ideally, Ma said, the room would be reopened through the end of the quarter, at which point the floor could be fixed over winter break without affecting dance groups.

With the dance room in Ida Noyes closed indefinitely, affected dance RSOs are scrambling to secure alternative spaces on campus. None of these spaces are suitable substitutes for the Ida Noyes dance room, Ma and Yehoshua said.

The Bartlett Arts Rehearsal Space has a marley but is too small for larger dance RSOs, according to Ma and Yehoshua. Other spaces that RSOs have used, including the Cloister Club in Ida Noyes, the basement in Pierce, or the Henry Crown Green Room and squash courts, lack marley, putting stress on dancers’ joints. They also lack other equipment, such as mirrors and bars, that some groups require.

The dance groups will continue to do what they can to make it work, Yehoshua said, including taking the risks dancing in the Ida Noyes dance room if possible and using the other spaces as necessary.

“We go in at our own risk, we tape up holes, we try and do the best that we can. But this is what the University gives us, so this is what we deal with,” Yehoshua said. “You take what you can get.”