Activist "comes out" for civil rights 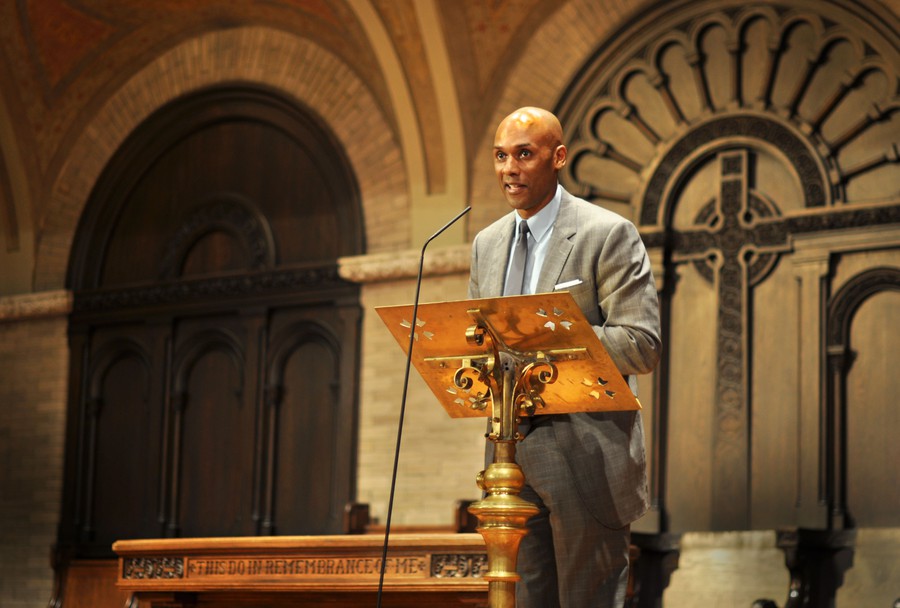 Keith Boykin, the highest-ranking openly gay person in the Clinton White House, spoke about his own journey of coming out at a lecture in Hyde Park Union Church on Thursday night.

Now a political commentator and author, Boykin shines light on issues facing minorities in the LGBT community. He focused specifically on comparing prejudices toward the LGBT to the African American community during the civil rights movement, urging that people learn from racism.

Boykin spoke on National Coming Out Day about his coming out at age 25 in law school, only a day after confronting his sudden confusion for the first time. He realized that he didn’t like the process of coming out, so he decided to just “be out” by being open and “treating one’s sexual identity like any other part of one’s identity.”

At Harvard, Boykin, along with classmate Barack Obama, led a campaign and lawsuit to diversify Harvard Law School staff. By describing his family’s disapproval and confusion over his identity and taking jobs with multiple failed campaigns, including with Michael Dukakis, Boykin urged that people follow the path they believe is right.

Boykin’s work on campaigns led him to a position as special assistant to President Clinton, where he was suddenly faced with an issue he had never considered: gays in the military. He was shocked to see the right wing fight Clinton’s lift on the ban with the same language used by the right wing in 1948, when President Truman outlawed racial segregation of the military. The same three arguments were used in both situations: The military is not the place for social experimentation; religion teaches us that we should not mix the groups, and integration would disrupt “unit cohesion.”

More shocking to Boykin was the way African Americans distanced themselves from the debate: Many African Americans, including Gen. Colin Powell, said one couldn’t compare both issues, because orientation is most fundamental to a person’s behavior, while race is not. Boykin dissented, saying this debate was creating a “hierarchy of oppression.”

“They think ‘compare’ is the same as ‘equate’,” Boykin said. While the situations are not identical, “the language used to oppress was the same.” He urges people to not think of African American and LGBT as “monolithic identities,” as there were gay African-American activists who struggled in the civil rights movement and are people who exist in both communities today.