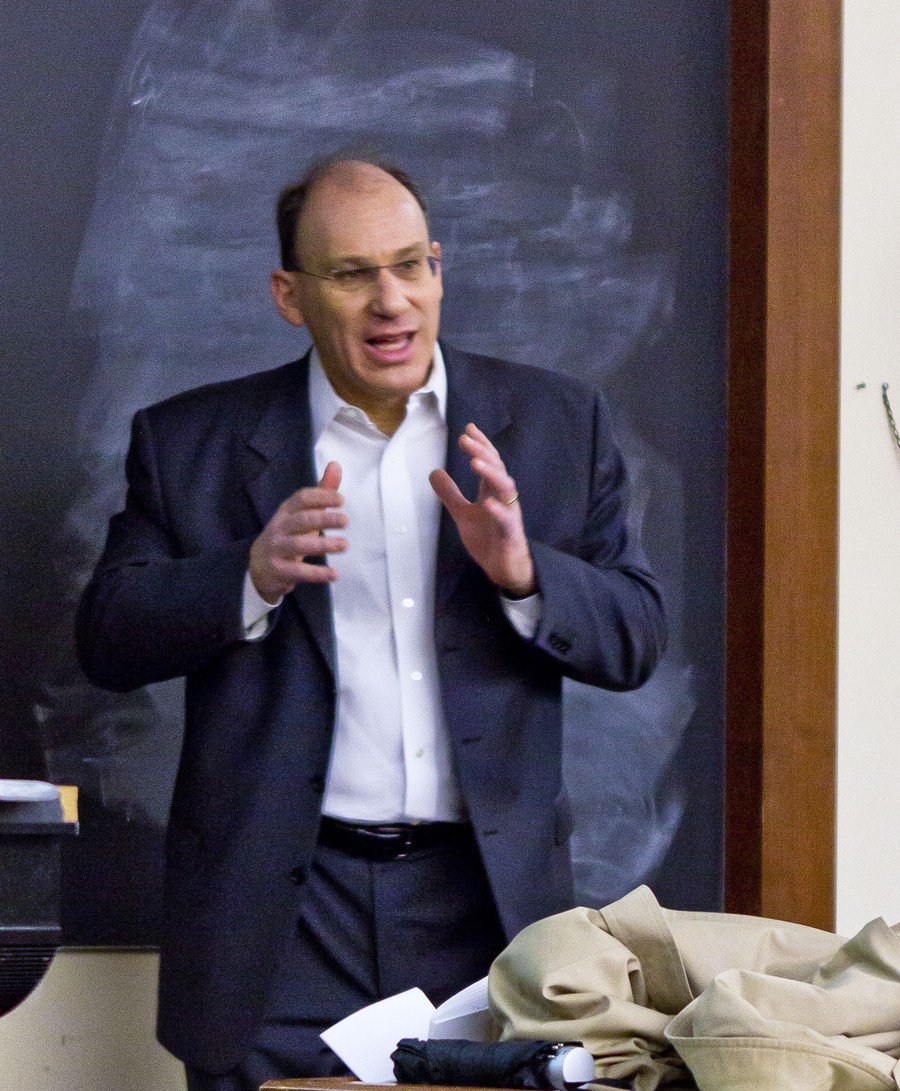 Strauss looked to an upcoming case on the Court’s docket with U.S. v. Arizona, which will be heard in April, and will decide whether Arizona’s recently implemented immigration laws are unconstitutional due to an alleged conflict with federal laws.

“The government will have a difficult time prevailing,” Strauss predicted. “It’ll be difficult for them to explain why it is unconstitutional, beyond the fact that they don’t like it and that it interferes with their policies.”

Strauss turned to reviewing the past year, highlighting many First Amendment cases. Last year, the Court ruled that demonstrations at a military funeral are constitutional in Snyder v. Phelps, a victory for the rights of protesters. Arizona Free Enterprise Club v. Bennett also upheld First Amendment rights, prohibiting the state to equalize public funds with private contributions amassed by campaigns that opt out of public funding.

Strauss noted Federal Communications Commission v. Fox, which struck down the FCC’s ban of “indecency” in language on television.

He also discussed the Court’s ruling of concealed GPS devices as a violation of Fourth Amendment protection from “unreasonable search” in United States v. Jones.

Fourth-year Ricky Zacharias, president of UC Dems, one of the event’s co-sponsors, said that the overview was informative and accessible for those unfamiliar with the Court’s activities.

“It’s easy for cases to pass you by, especially if you don’t have time to listen to NPR every day. All in all, this was a great primer for everyone looking to keep up with the Court,” Zacharias said.