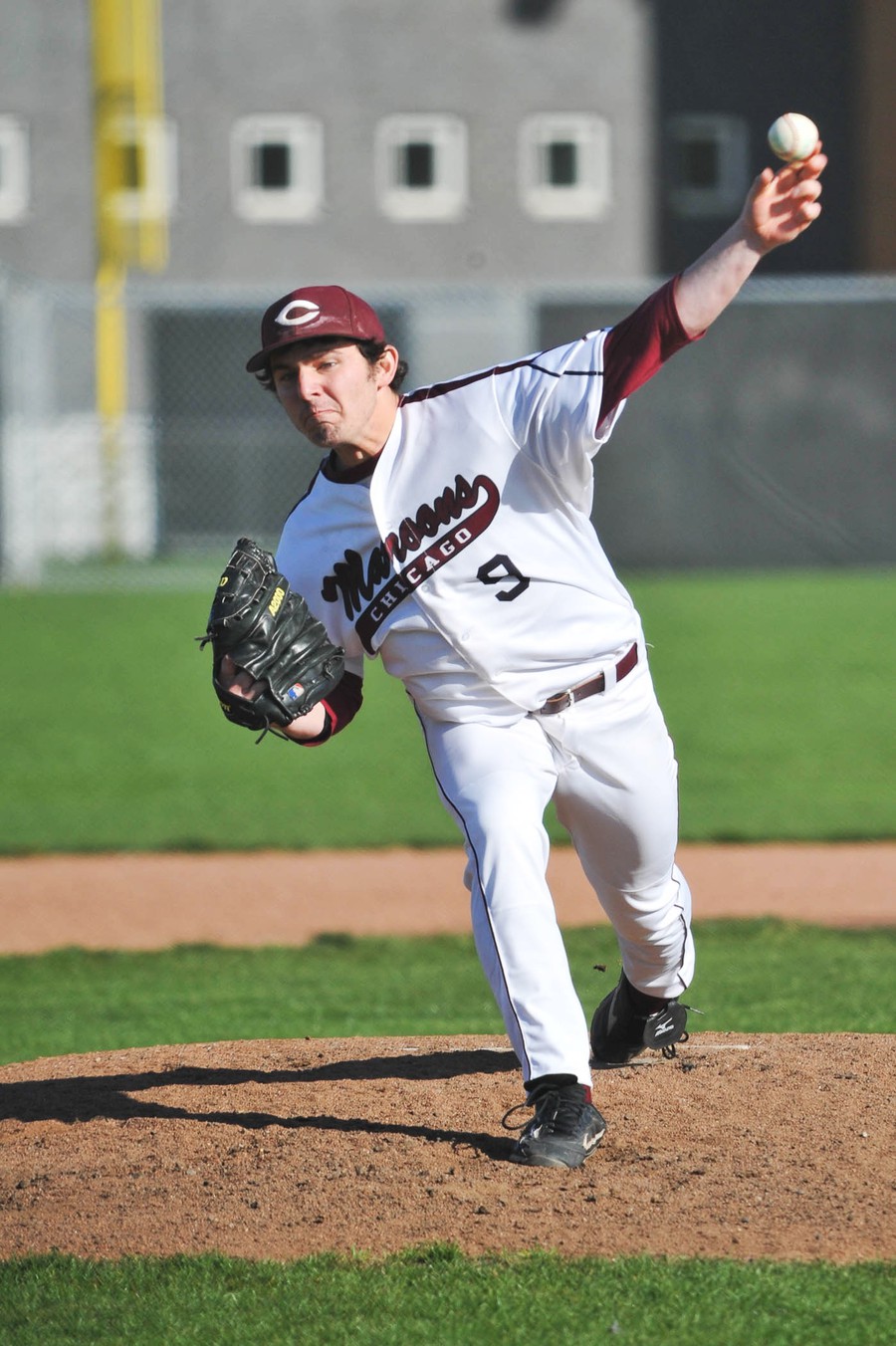 Every win could be the beginning of a streak. Though the Maroons (20–11) dropped Tuesday’s game to Elmhurst (18–13) by a score of 11–3, they hope that their subsequent 5–4 walk-off win over North Park (24–10) has jump-started their momentum heading into the final six games of the season.

Tuesday’s game was characterized by an inability to capitalize on opportunities. The team amassed 10 hits, but only scored three runs. They left 14 runners on base. The South Siders could not get the clutch hit—an issue that was addressed in Wednesday’s game. Chicago’s pitching, which had been so dominant for most of the weekend, broke down, allowing Elmhurst to accumulate 17 hits and 11 runs.

It seems to always be the same story for the Maroons. If they make errors in the field, they tend to lose the game. Tuesday’s game included four Chicago errors, resulting in seven unearned runs. The only encouraging performance on Tuesday came from second-year infielder Dylan Massey. He went 3–5 and knocked in two of the Maroons’ three runs. However, he also committed one of the team’s four errors.

That embarrassing showing, no doubt, motivated the South Siders the next day against North Park.

“The win against North Park was huge. They are a highly-ranked team, and a win really helps our playoff chances,” second-year outfielder Ricky Troncelliti said.

Second-year starter Alex Terry gave up three unearned runs in the top of the first inning, but only one North Park run crossed the plate after that. It would be an effort to overstate Terry’s performance; he pitched a complete game. He pitched 10 innings, not just nine. It was a D-III imitation of Philadelphia Phillies starter Cliff Lee’s 10-frame outing in San Francisco last week. The difference is, while Lee got a no-decision and an eventual trip to the disabled list, Terry got the win and showed no signs of fatigue.

The Maroons did not let an early 4–0 deficit faze them. They began to chip away at North Park’s lead in the bottom of the third, when third-year Jack Cinoman scored on a wild pitch.

They tied the game in the bottom of the seventh on a single from Troncelliti that plated two, followed by a sacrifice fly from fourth-year catcher Stephen Williams.

As Terry got into his groove, retiring 24 of the final 26 batters he faced, the Maroons were looking for some magic. It finally came in the bottom of the 10th, in the form of first-year infielder Kyle Engel, who added to his great rookie season.

After first-year outfielder RJ Gatto walked, Engel followed up with a walk-off double. Just like that, the Maroons had erased a four-run deficit and taken a game from a strong team.

“We got outstanding pitching from Alex [Terry],” Troncelliti said, “and Kyle’s [Engel] hit was incredibly clutch.”

Now, Chicago again hopes to translate momentum into big wins on the road. Next up is a road trip to Eureka, Illinois for a doubleheader against Eureka (10–25).

“It’s always nice to be on the road and have your only focus be baseball,” second-year outfielder and first baseman Brett Huff said. “Hopefully, we play to our capabilities and can come away from the games with two wins and improve our regional ranking.”

Troncelliti reiterated the importance of the games.

“It is crucial we take two,” he said.

First pitch in Eureka for game one is scheduled for 1 p.m. on Saturday.