Bearing old scars, UN whistleblower calls out against torture at home and abroad

An international expert on torture talked about the difficulties of putting a stop to the human rights violation worldwide on Tuesday night. 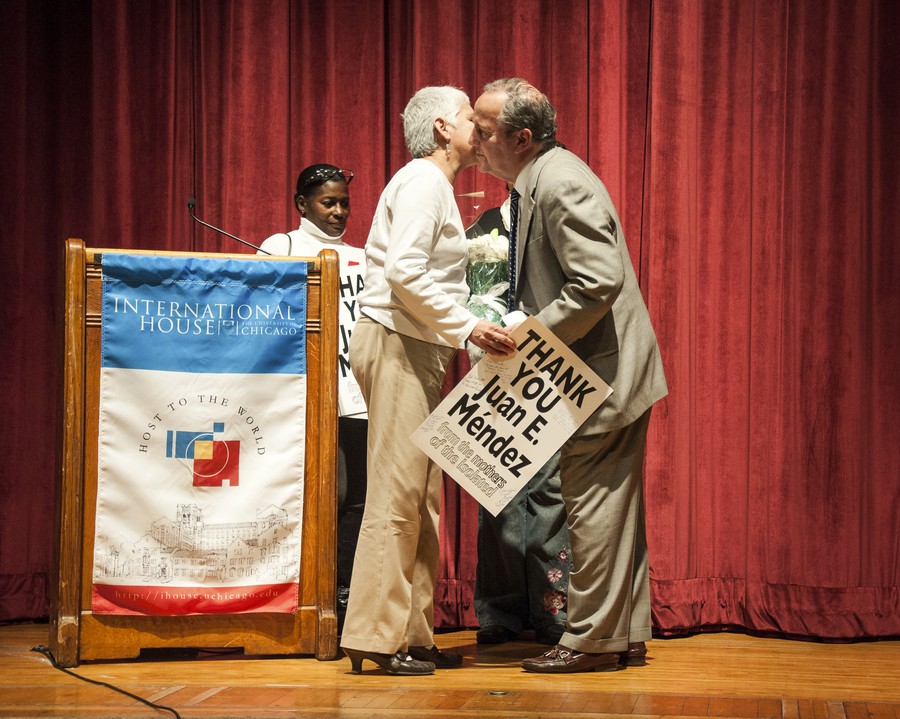 His talk, “Challenges in Combating Torture,” gave a pessimistic outlook for the elimination of torture in the near future, drawing on his experience as the UN’s chief watchdog and as a victim of torture himself.

“There was once a time when we thought the abolishment of torture might be within our grasp,” Méndez began. “But eradication has proved more elusive than we thought: There are currently allegations of torture in half of all nations and of cruel or inhuman punishment in all 193 nations of the world.”

One of those nations is Méndez’s native Argentina, where, during the so-called “Dirty War” in 1976, he was tortured while in prison for providing legal defense to government opponents. During his 18 months in prison, Méndez was adopted by Amnesty International as a “prisoner of conscience” and ultimately released.

Méndez cited the global war on terror as a major step backward for the global campaign against torture. “In recent years, powerful nations have relaxed their rules on torture, and this has had a harmful ripple effect on the rest of the globe,” he said.

He also blamed a media culture in which torture is widely regarded as the cost of doing business.

“The main obstacle is that we can live with torture, for it happens to people with names that we cannot pronounce and faces we cannot see,” he said. “My task has been shaming that culture and the evil of torture by giving a human face to that suffering, including my own.”

Attending the talk were activists from Tamms Year Ten, a human rights group that formed in 2008 to protest the treatment and conditions of prisoners at the Tamms Correctional Center in Southern Illinois. Built in 1998, Tamms is one of few state prisons designated “super-maximum security” and keeps prisoners solely in solitary confinement.

Bearing signs proclaiming, “I am a man” and “I am a mom,” the activists thanked Méndez with flowers for his work on legitimating solitary confinement as a human rights issue when he brought it to the UN General Assembly in 2011.

They urged him to visit and investigate Tamms at a time when Governor Pat Quinn has proposed closing the politically contentious and costly-to-maintain prison, the Chicago Tribune reported February 22.