At Schubas Tavern, the perks of being a discerning hipster 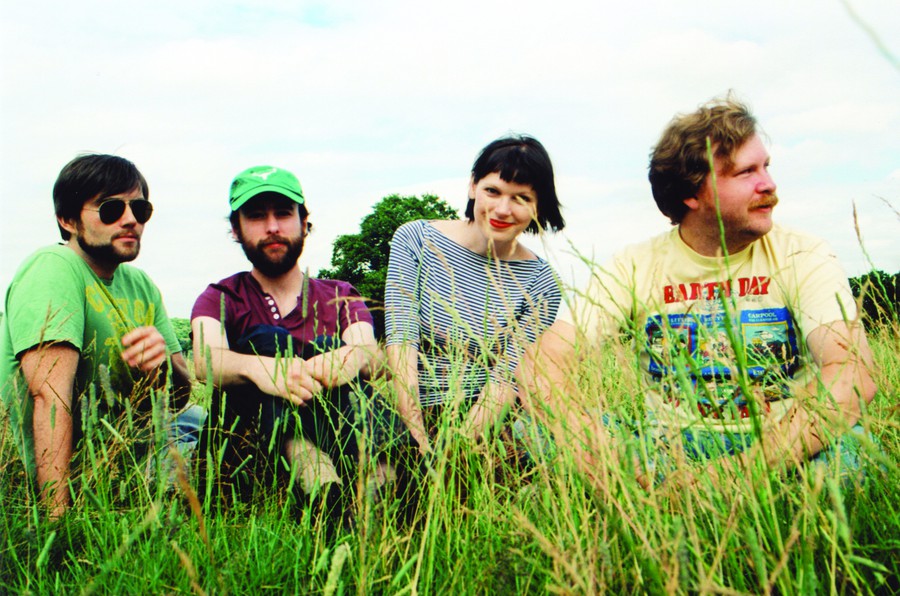 On a warm Tuesday night, Allo Darlin’, an indie pop band based in London, performed an intimate, yet highly energetic, concert at Schubas Tavern in Lakeview. My relationship with Allo Darlin’ formed rather inorganically: My friend insisted that we go to a concert, but he refused to go to any concert that other people we knew would go to because God forbid we be too mainstream. After a considerable amount of time spent digging through the most hipster of hipster music sites, he found a band that was both relatively unknown and to his liking (because, on top of everything, he is also inordinately picky). And, thus, my quest to learn all of Allo Darlin’s songs commenced.

But maybe his irrational preferences came to some good; I was hooked by the first song I listened to. Their captivating lyrics paired with ukelele, bass, drums, and guitar created a unique and interesting sound.

The venue complemented the band nicely; it was small, quaint, and understated. Schubas Tavern had a bar and a restaurant in front, and a stage in a room in the back. It was covered in posters advertising upcoming shows, one on every day of the month.

When we got there, the opening act, The Wave Pictures, had just begun playing its set. As one member drummed on a cowbell, the lead singer self-deprecatingly described the last time this England-based band came to America to perform. He said that they played in a bar as background music, literally, as their entire audience had their backs turned to them and disregarded their presence completely. I couldn’t really tell why, until they played a song with the particularly profound lyrics “wild hair tumbling from the center of your skull like spaghetti.”

Shortly after they cleared the stage, Allo Darlin’ took their places. The concert was so casual that they tuned their own instruments and had a small pow-wow on the side of the stage before they started playing. They started off with several high energy songs from both their new and old albums.

Despite having to protect ourselves from a woman dancing rather shamelessly in front of us without regard for the placement of her thrashing limbs, we danced around to the beat of the music. The band created, through many interjected self-depricating anecdotes about themselves or their tour, an intimate environment. The lead singer, Australian-born Elizabeth Morris, played a couple of slow songs to which the entire audience swayed in unison to the strums of a single ukelele.

Elizabeth Morris, in her sweet light voice, sang songs that resonated with emotion. One song in particular she introduced as being about her hometown, Capricornia, also the title of the song. She sang that “the shadow of a midday sun burns beneath your feet and the old dogs are still sleeping in the street.” All of their songs have such vivid images, which she delivered flawlessly and articulately live.

They closed the set with a song called “Wu Tang Clan,” specially requested by a female audience member as it was the only song that would put her six-month-old daughter to sleep. They left the stage but were quickly drawn back by the audience’s persistent applause. They played three more songs, including my personal favorite, “Tallulah,” and closed the show with a song that has never been released.

This concert was so much more than just music. Through the beautifully poetic lyrics, I got the sense that they were letting us in to their personal memories, vivid enough for us to reminisce with them. In a most endearing way, the lead singer invited the audience to talk to her after the show. The show left me feeling warm and fuzzy in the most stereotypically wonderful of ways.