Hot off the University of Chicago Press 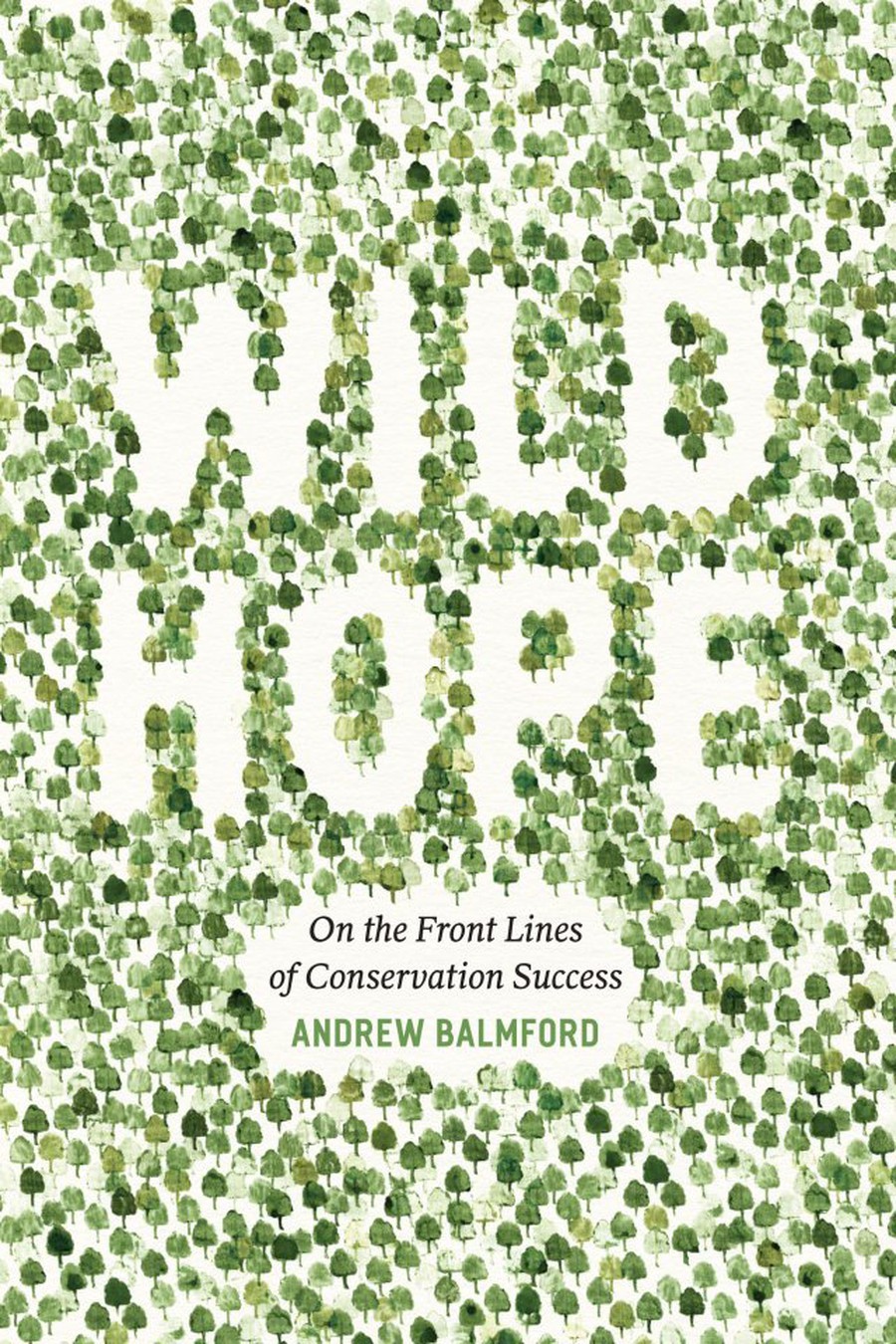 Courtesy of The University of Chicago Press

Alice Kaplan’s newest book, Dreaming in French, shadows the Paris years of three iconic American women—Angela Davis, Susan Sontag, and Jacqueline Bouvier Kennedy. All three studied in Paris at some point during their twenties, before they were hounded by photogs and cherished for their intellectual, cultural, and political pursuits. Through many good, glossy details, Kaplan tries to exaggerate the impact that Paris had on each woman and to somehow connect their stories through a shared experience of early expatriatism. Unfortunately, Dreaming in French is like a live man dipped in silver paint standing on a silver box and doing the robot on some crowded New York City street, or a hapless accordion player performing a Vaudeville tune near Notre Dame. It is, at times, a cheap and cheesy head-scratcher of a show that only a tourist could love.

However, if you’re just looking to make a scenic literary pit stop along the trajectory of these women’s lives (and there’s absolutely no shame in that), then Kaplan’s book, for all its aesthetically pleasing tidbits and je ne sais quoi psychological analysis, will prove quite satisfying. The book begins with snapshots of a young Jacqueline Bouvier (well before Kennedy and Onassis), who spent her junior year (1949–1950) in France’s capital, apparently honing her use of French idioms and taking in the city by night. These earlier descriptions are rich and rewarding to read, but the threads that tie these experiences to Bouvier’s time in the White House are often weak.

The influence of the Paris study-abroad experience on Sontag is the flimsiest of the three. Sure, she may have registered for classes at the Sorbonne, but she didn’t go to any of them (her thoughts on graduating from the University of Chicago, which she had attended just before, were, “I go to Europe in fifteen months—just get my BA and run!”). At twenty-four, she was not quite as young as the other two, and, in a sense, had experienced significantly more, at least in terms of adult responsibility. She set off for Europe, not only to put her more rigorous studies on hold, but also to escape her failed marriage with academic Philip Rieff, with whom she had a son.

Finally, we get what is essentially the life story of Angela Davis who, in 1963 participated in the Hamilton College Junior Year in France through her alma mater, Brandeis University, where she concentrated in French. It was there, Kaplan argues, that she connected the French-Algerian conflict to the United States Civil Rights struggle, which, at the time, was becoming increasingly powerful and violent. This part of the book was very well done and the link between Davis’s early exposure to international struggles for equality and her later status as one of the best-known communist intellectuals of her time was apparent.

A fair warning, though—the romantic cloud on which Dreaming in French so delightfully floats may prove too fluffy for your taste. Kaplan’s overemphasis on the beauty of these women was especially distracting at times. It isn’t any bother to learn that when Angela Davis took out her cigarette all the young Parisian men in the area would jump up for a chance to light it. It is, however, problematic that Kaplan seeks again and again to idealize, through a blend of physical, intellectual, and emotional attributes, each of the women she documents. Bouvier, in particular can seemingly do no wrong, and Kaplan’s incessant imaginings of who Jackie may have met at parties she is documented as having attended and exactly which future editor of the Paris Review she may have danced with are as dull as they are sycophantic. Kaplan writes in her conclusion that, “If there is anything common to all three, it was beauty, a theatrical way of presenting themselves in public that was both as performance and protection.” This hyperbole of the women’s good graces and elegant personalities is enticing at times, but often alienating in its disingenuousness.

Kaplan, with her abundance of false, yet genuinely pleasant, idealism, acts as easily excited voyeur to these three women’s intense and intricate lives, passing off as a single, unforgettable French meal, what is, in fact, a moveable feast. She packs light for this analytic journey and doesn’t stay long in one place. Perhaps this is why the resulting work is languorously lush as a day spent awash in coffee and cigarettes and gooey as a chocolate éclair. 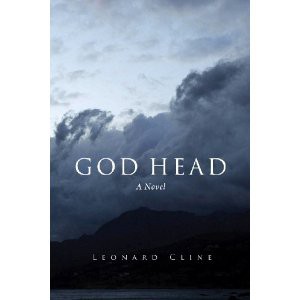 Northern Illinois University
“I, being a coward and an idolater, am a brave man…There is in me the heart of masterdom,” muses Paulus Kempf, the protagonist in the 1925 novel God Head by Leonard Cline. Only just this month re-released by Northern Illinois University Press and distributed by the University of Chicago Press, God Head tells a superficially simple story that can be summed up in a few sentences on the book’s front flap, but which has a thrillingly dark psychological underside and a masterful writing style that compels the reader to enter the labyrinthine cave of Kempf’s mind.

The novel opens with Kempf hiding on a mountaintop, alone and desperate, a fugitive from the law after attempting to incite a labor rebellion. He peers over the edge—but his desire for “life, eager woman, rich-veined girl that I had adored so barrenly” forces him to move on. After wandering in a delirious haze, he finds himself under the care of a peasant girl and her bear of a husband, eking out a rustic existence on the shores of Lake Michigan. And so Kempf withdraws from all society, from his failed past as surgeon, artist, and revolutionary, and recuperates among these otherworldly immigrants. In spite of the distinctly American setting, the story seems unfamiliar, utterly removed from the confines of normal, everyday life.

As time passes, Kempf’s thoughts and musings do not grow any clearer. He learns of Finnish mythology from his hostess and, using a creative gift that his hosts lack, applies these myths to his own life. He identifies himself with heroic characters, and draws from their stories the seeds of thought which bring the novel to its climax. Cline has given Kempf a sly storytelling voice, mixing everyday events with his simmering inner thoughts so that, when Kempf describes what has happened, they read almost as mythology.

Half the novel’s appeal lies in reading about the Conrad-esque descent of Kempf’s morality. The other is in his elaborate word constructions, filled with symbolism from Finnish myth and Kempf’s own actions. His long monologues, both spoken and internal, scattered with ellipses, myth, and tumultuous phrasing, reflect the agitation, the growing destructive energy, in Kempf’s mind. “I am Lemminkainen,” he announces solemnly at one point, “In time I shall get into my boat and sail away to the island of the loverless maidens and there I will love them all.” But this speech is not a symbol of madness, though it may seem like lunacy to the Finns; Kempf is merely sharing with them his intent to follow the course of the mythic rogue Lemminkainen and mold the story for himself. In assuming the identity of Lemminkainen he changes the interpretation of the myth to fit his own experiences, including, ultimately, the seduction of his host’s wife, Aino, and his eventual domination over the simple villagers.

The progression of Kempf’s character, from a recuperating invalid to a domineering, self-possessed, fearless man, is told through his increasing hostility and contempt for his host, his growing lust for Aino, and the shedding of his previous inhibitions and fears which drove him to flee from his past lives. His words and his actions all belie the inner life that we, as readers, are privy to: his morbid thoughts on immortality and life; his right to mastery. 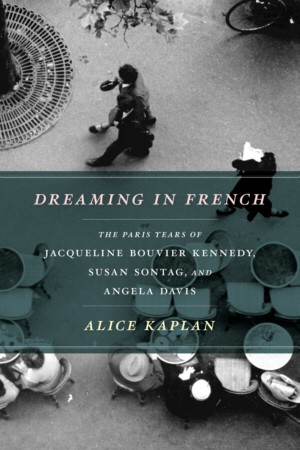 The University Chicago Press
When I was told that the Maroon’s Arts section was doing a feature on the University of Chicago Press, and that for my review I’d get to pick any book I wanted from their year’s release schedule, I felt a little overwhelmed. Check out the U of C Press website—to say I had a lot of choices would be an understatement. There was Sergio de la Pava’s A Naked Singularity, which I’d been eyeing in bookstores for months. Or there was Christopher Kemp’s Floating Gold, a history of Ambergris and its transformative journey from whale feces to high-priced perfume. In the end though, it was Andrew Balmford’s Wild Hope, and its promise of an unpretentious examination of the fight to bring back what unchecked industrialization has taken, that won my attention.

From reading the book’s subtitle—“On the Front Lines of Conservation Success”—I thought I knew what I was getting into when I cracked open Wild Hope. I imagined a feel-good read about saving dolphins from plastic six-pack holders and replanting trees where entire forests once used to stand. But I was wrong. Wild Hope isn’t trite or cursory. As he takes us across six continents and the oceans that separate them, Balmford explores in amazing detail an array of overlooked wildlife and the people who’ve fought successfully on its behalf. Through a series of anecdotes and interviews transmuted into his own first person account, he makes apparent that the people who have dedicated their lives to saving the environment are just as important as the rich and dynamic habitats they seek to preserve. Never slow and not at all preachy, Wild Hope is self-aware and decidedly accessible in a way seldom seen in today’s conservationist discourse.

At most I figured I’d finish Wild Hope knowing a little more about something of which I’d spent a bulk of my life knowing very little. But Balmford’s book did more—it successfully convinced me to care. He realizes the best way to bypass pity fatigue is to combat it with natural wonder; with stories of animals like the now-extinct gastric-brooding frog, which somehow turned off its production of stomach acid in order to swallow and thus protect its eggs until hatching time—this species, had it survived to our modern day, might have proved useful in future medical research on gastric imbalances.

When I told a friend about it, she scoffed: “I don’t do that feel-good schtick.” But according to Balmford, an attitude like that is part of the problem. “In trying to ensure that policy makers and the public at large appreciate the seriousness of the problem, maybe we’ve focused too much on the negative,” he writes in Wild Hope’s first chapter. “Perhaps in selling the bad news quite so effectively, we’ve overlooked the vital importance of believing there are solutions.” And indeed, Balmford’s book illustrates this concept globally. Anti-poaching policies in Assam have brought the Indian rhino back from the brink of extinction while encouraging economic growth for the area in the form of ecotourism. Working for Water, an organization started largely to remove alien species of plants from South Africa, has not only been successful in restoring natural fauna habitats but in providing work, health clinics, and general awareness for thousands of unemployed locals, as well. What is the essential commonality between the two successes? According to Balmford, a steadfast belief that neither situation was beyond help, that a conservationist’s most important asset and greatest hope is the individuals who call these threatened environments home.