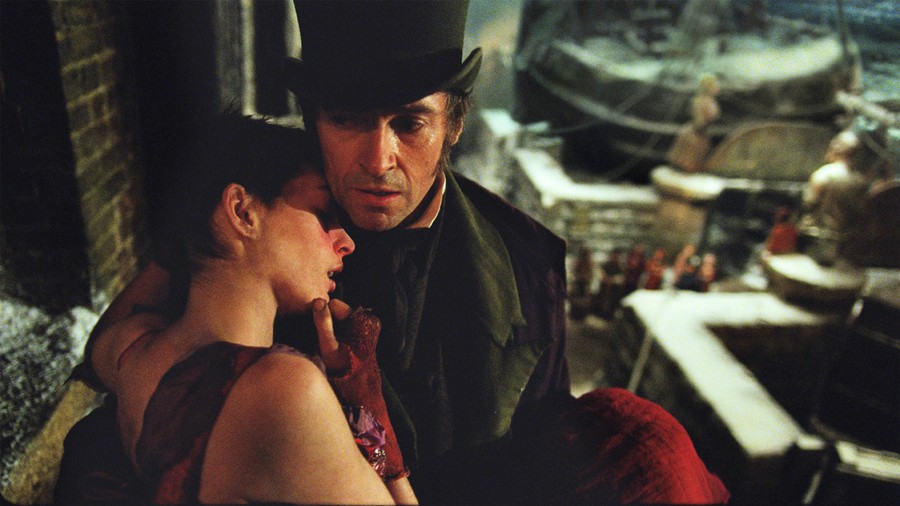 By the time this piece has been published, chances are that most of the people who read it will already have seen Les Misérables, the recent film adaptation of the massively popular stage musical adaptation of one of the most beloved French literary classics of all time. For those who have, by some remarkable luck, managed to miss all three incarnations of this story, be warned that this piece contains spoilers.

The film, directed by Tom Hooper, is not an entirely faithful adaptation of the novel. Major fans of the book that have had no exposure to the musical could find the experience a bit jarring, especially if they are not fans of musicals in general. The book, as the title so succinctly suggests, tells a rather somber story, and to have it told through a medium that is famous for portraying lighter tales in an upbeat manner can seem like a major conceptual contradiction. Luckily for Victor Hugo’s novel, the creators of the musical were somehow able to pull it off and depict all the major themes and emotional impact of the novel in what is more than a two-and-a-half hour-long operetta. I say operetta because Les Mis takes the music part of musical play very, very seriously—so much so that the whole dialogue is expressed in a series of songs that somehow transition into each other perfectly and guarantee a constant flow of the plot. It is likely for this reason that many believe the pace of the musical to be too fast.

At around 1,500 pages, Victor Hugo’s work stands out as a voluminous novel. It is safe to say, then, that any single adaptation will have to do away with certain plot elements and move at a fast pace. This is one of the criticisms that the film has received, and I can see how somebody who has had no exposure to the musical or even the book might feel this way. There is much emotional depth to the characters, and Jean Valjean, in particular, goes through an important transformation that is better paced in the book. This is treated in a much more careful manner, though, than other developments such as Marius and Cosette’s instantaneous romance, which is downright silly, even in the context of a musical. The one element that makes the pacing work is the songs, without which neither the stage nor film versions of this interpretation would have worked. Every major character has at least one song that captures perfectly his or her internal struggles, and an argument could be made that it is through their songs, more than through their actions, that we come to know these characters well.

One thing that the movie had working in its favor was the caliber of the actors, many of whom are rightfully being recognized for their work (see the latest Golden Globes, Oscars, and BAFTA nominations). Anne Hathaway in particular has a very strong chance of winning an Oscar for her performance as Fantine. If not, her Golden Globe for Best Actress in a Musical/Comedy is virtually guaranteed. This being a film, certain adjustments needed to be made to the score and the performances to better suit the medium, and Anne Hathaway adjusted perfectly in her interpretation of “I Dreamed a Dream.” In the stage version, virtually no one in the audience would be able to see Fantine’s face up close, but Hathaway takes advantage of the intimate setting afforded by the movie to deliver a crushing performance. I was also impressed by Samantha Barks, the actress who played Eponine. Barks had a unique background compared to the rest of the cast, considering that she had already played Eponine for one year in West End (London’s equivalent of Broadway). She was forced to make changes in how she was accustomed to play the part on stage in order to better fit the screen. I applaud her, and I’ll definitely be keeping a close eye on her in the future. It probably also helped that Hooper experimented with the way in which musical films are shot and had the actors sing live on camera. This might seem surprising (or not, depending on how cynical you are), but any real singing done for a musical movie occurs before or after production in the comforts of a studio. Hooper opted for a more authentic method, and it certainly paid off.

Well, for the most part. But now let’s discuss Russell Crowe. I love him. He makes good movies, and I was able to forgive and forget Robin Hood. A singer he is not. Yes, I’m aware that Crowe has been in a band; however, that did not automatically qualify him for the role of Javert. Singing-wise, he was downright awful. If Les Mis had been any other movie musical, this major flaw could have been masked. Of course, not only was the movie shot with the actors singing live, without the help of a studio, but the entire role also consisted of singing. Hooper would have been better off with a bad actor that could sing really well. Instead, we got Crowe’s monotone crooning, and some pretty wooden acting on top of that. I’ve spoken to some other Les Mis fans who say that they loved Crowe’s interpretation because that’s how they always imagined Javert: cold, clinical, and completely devoid of any emotions. I can see their point, but I personally prefer that Javert be more passionate, at least in scenes that undoubtedly call for emotion. The most important one, of course, is Javert’s big scene toward the end. This moment came off as completely random. Had it not been for the song, which pretty explicitly states the emotional turmoil that Javert is suffering, the audience would have had no idea as to the true extent of his pain, thanks to Crowe’s utterly blank expressions.

The movie is a spectacle—a raw, emotional event—but it’s unlike any other musical or Les Mis adaptation out there. I can’t recommend Les Mis for everybody. Hardcore fans of the musical will love the film, if they can accept Crowe. Hardcore fans of the book might love the movie as well, depending on how open they are to musicals in general. General audiences that don’t like musicals…it’s hard to sell, in that case. The reception of Crowe’s performance is just one of many factors in the movie that depend on personal taste.