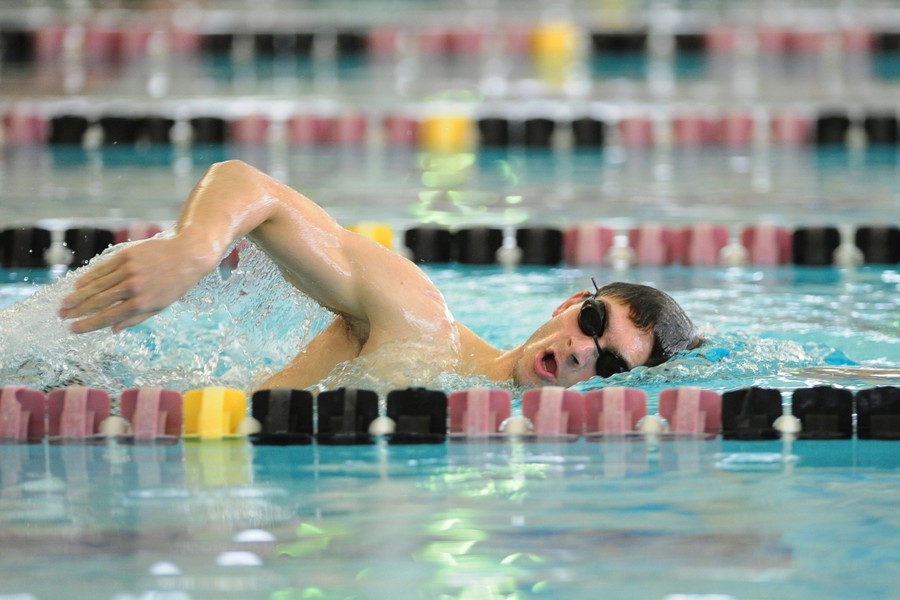 The Maroons began their stretch of home meets with wins on both the women’s and men’s sides against Wash U. The meet, which consisted of 32 events, was the longest so far for Chicago this season.

The Chicago men dominated early and placed first in all but one of their events, outscoring the Bears by almost 100 points with a final score of 190.5–93.5. The women’s squad also had a strong showing, coming in first in 10 out of its 16 events and beating its opponents 157–139.

“Starting from the first event, both the men’s and women’s 200-yard medley relays pulled out wins and never fell behind Wash U throughout the rest of the meet,” second-year Jen Law said. “We had to score in every race if we wanted to beat Wash U. And that’s what we did.”

The key to the women’s victory lay in their depth, which allowed them to maintain a lead throughout the meet.

“We knew going into this weekend that it was going to be a close meet from the start, especially on the women’s side, so there was that initial pressure to do well in the relays since they are worth more points,” Law said.

Law also commented on some noteworthy performances by her teammates.

“I was really impressed with [second-year] Matt Veldman’s performance, especially in the 100-yard butterfly. Coming off the third turn, he was behind Wash U’s Reed Dalton and finished ahead of him by 0.01 seconds, winning the event. Also, [third-year] diver Tony Restaino broke his own pool record on Saturday, which was awesome to watch,” she said.

After a long but fruitful competition and three meets in the past three weekends, the Maroons will have the next weekend off to recover and prepare for the Phoenix Invitational at home the following weekend. This comes at a perfect time for many of the athletes, who noticed some exhaustion among their teammates coming off their previous meet at Wheaton.

“We’ve had meets the past few weekends, so this coming weekend will be a nice break. We’ll get a good workout in on Saturday morning and many of us will be starting to taper for the following week’s Phoenix Invitational, which is our ‘drop taper’ meet,” Law said. “So we’re really excited to swim fast that weekend.”

For most of the swimmers, this coming Saturday’s practice would be their last before the big meet, allowing them to rest up to be fresh and swim even faster at the next meet. Chicago should get used to time off, however, as its subsequent meet after the Phoenix Invitational will take place seven weeks later, at the start of winter quarter.