Letter from Toledo: A shortcut to mushrooms 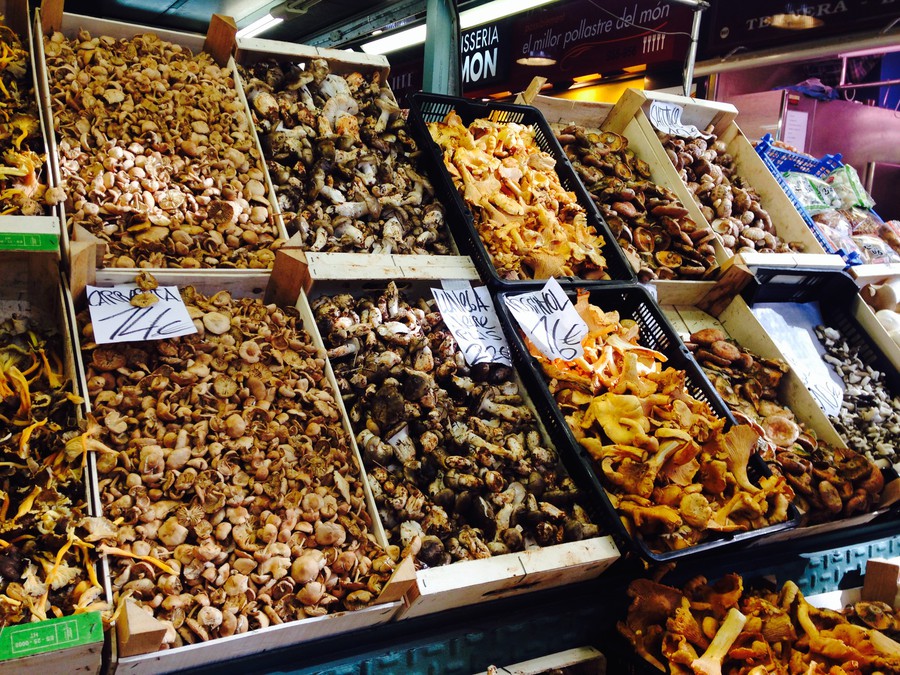 As a lifelong pescatarian who eats limited amounts of seafood and dairy, I braced myself for a diet change before beginning my quarter-long homestay in Toledo, Spain. My plan was to embrace as many traditional foods as possible while still avoiding meat and poultry (yes, that includes jamón ibérico). I expected cod, sardines, and wheels of Manchego, and my host mother does regularly prepare seafood paella, sardines in vinegar sauce, and grilled goat cheese with honey. What I didn’t expect, though, was the abundance of wild mushrooms, or setas, that awaited.

Autumn and spring are the mushroom seasons in Spain—I had arrived just in time. Back at home, I would always jump at the opportunity to order dishes with shiitakes, chanterelles, enokitakes, or king trumpet mushrooms, most of which are cultivated or imported. But I’d never tried a succulent saffron milk cap (Lactarius deliciosus), a vibrant yellow and orange Caesar’s mushroom (Amanita caesarea), or giant knight mushroom (Tricholoma colossus), and I’d never seen a selection of over 20 recently harvested mushrooms like that boasted by one vendor at La Boqueria, a bustling market in Barcelona.

My host mom introduced me to the mushrooms of Spain in October after her 30-something-year-old son had hauled home a crateful. He had foraged them, along with some chestnuts, in the mountains of El Real de San Vicente, the nearby pueblo of more than a thousand inhabitants where both he and his mother had grown up. He spent many a day from the time he was a child hiking in La Sierra de San Vicente, making a hobby of hunting for setas.

When I expressed interest in learning more about Spain’s mushrooms, my host mother appeared at my bedroom door with a stack of mushroom-identifying guidebooks with Post-it notes marking the species native to her pueblo. She explained that the region attracts mycologists and aficionados and that she has recently observed a renewed interest in mushroom foraging there.

Since then, I have tapear-ed (“tapa”-ed) in Madrid on croquetas de boletus, croquettes filled with a silky porcini purée; I have eaten black rice with setas in a macrobiotic restaurant in Barcelona; I have tried setas a la plancha grilled with olive oil, garlic, onion, and parsley, the most common way to prepare them in Spain; and I have indulged in my host brother’s foraged raw Caesar’s mushrooms (€19 for 400 grams) drizzled in olive oil and sprinkled with sea salt.

Along with a new Spanish vocabulary in the realm of fungi, I also have the triumph of finding a mushroom in the wild to recall and cherish with my next bite. When I accompanied my host mom and her friends for a day hike on one of the spiky chestnut shell–covered trails of La Sierra de San Vicente on a zero-degree Celsius day, now and then we would pass somebody in the forest with a wicker basket and brush to dust off foraged treasures. And after venturing off the path for a few minutes and scanning the ground covered in crunchy brown leaves for mushrooms, I found my first porcini.