Football makes me cry: A career in perspective 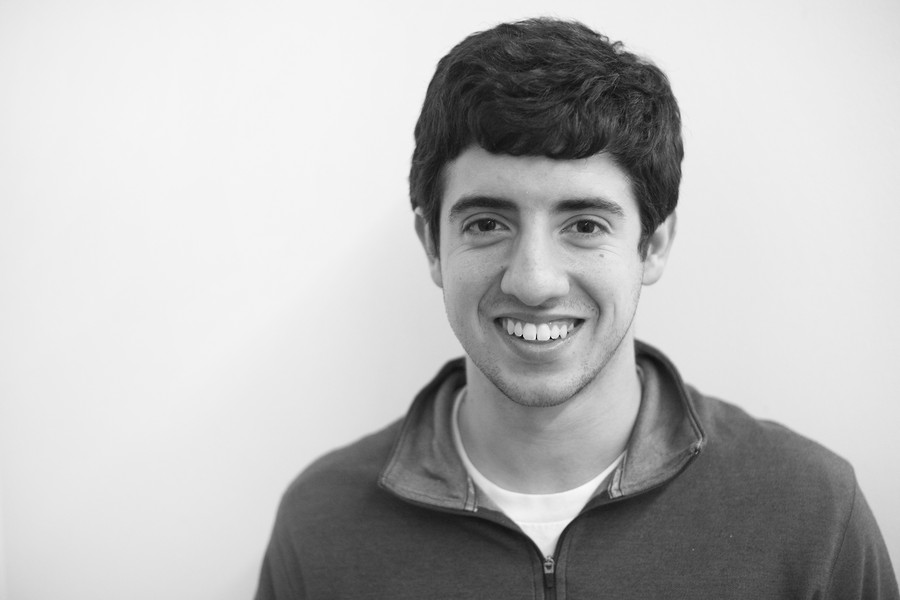 Whenever I feel a lump in my throat, that famous saying always sticks in my head: “There’s no crying in baseball.” Well, there’s less crying in football—at least that’s the way I always thought about it. That lump was always there this season, even before I stepped onto the field. But the most I cried was when wearing a Maroon jersey and the Chicago “C” on my helmet for the first time in a year and a half at my last homecoming game.

I could feel the tears building that Saturday as I walked off the field against Macalester. As soon as I left the locker room and saw my dad, my biggest fan, with tears in his eyes, a tear of my own broke out, running past my nose and onto my lip. One play, a few tears, and an embrace with my dad—that’s how I came to understand just how important football, and UChicago football, has been to me. It is also the moment I came to realize just how bright the future is for the football program from which I am proudly graduating.

It had been a long time coming. When this year's O-Week finished and classes started, I was just happy to have a spot on the team, fully understanding that it was the coaches who were doing me a favor and not the other way around—considering it had been a season and half since I last suited up. Coach Moore, whom I spent most of my college football career playing under, and Coach Wilkerson, the new head coach I had yet to meet, made the call to let me back on, which I thought was incredible. In a sport characterized by a culture that doesn’t give second chances and where coaches don’t look beyond the sidelines when making decisions, I was welcomed back with open arms.

My theory about successful football teams is that wins don’t come from the talent of a few superstars. They come from all of the players, down to the scout team subs “buying in,” giving themselves up to win for the guys in their locker room. When I came back this year, that is what I saw: a team in which every player wanted to run out for scout kickoff, and one in which guys were willing to sacrifice their time off the field for success on it. I think that goes back to the team’s leadership, to the coaching staff making decisions like the one they made with me—caring about their players as students, athletes, and people, and making them feel that they truly believed that success would come for them in all of those facets of life.

I had spent three weeks practicing for the homecoming game, and I had no expectations of touching the field after the opening stretch. I’d yet to put on the Maroon uniform as a fourth-year, but my dad and I still talked over the phone after nearly every practice—we both knew it was our last round in the ring. He didn’t miss a game I played in this season, flew in for every last one, whether they were in Chicago or not. Homecoming was no exception.

The Friday before the game I told him, “I can’t wait to see you, but know that I’m not going to play tomorrow.”

Being my biggest fan, he didn’t believe me. He was sure that some way, somehow the coaches would put me in.

When homecoming came around and the clock began to wind down, I was the one proven wrong. Moore came down from the coaches’ box and told me to get ready. With a hefty lead on the scoreboard, he looked at one of the first-year cornerbacks and said, “You’ve got a lot of time left. Vinny only has a few more plays.”

All of a sudden I was hit with a rush, the lump cementing itself in my throat, and I ran onto the field, shaking with bliss about playing again in a game. The ball snapped and I was reminded that there was no place in the world I would rather have been than on the field at that moment.

When the play ended and the clock struck zero, I was engulfed by gratitude. The coaches had not only given me a season, they had given me back my love for the sport with that play, my first in my final year. They had gotten me to overwhelmingly buy in, and I don’t think they even noticed. I imagine that’s the love for football and for the Maroons, which has consumed the team since the season started, every player getting his own taste of that emotion.

The season rounded out with a competitive run at the UAA Championship, and I even got to travel. On my last road trips, bus rides, and hotel stays that I’d daydreamed about as the season approached, I took it all in. A quiet observer with either a helmet or a camera in hand, in Pittsburgh and St. Louis, I watched the team in preparation for conference play. I saw coaches and players who wanted nothing more than winning, no thoughts of weekend distractions, of tests or papers, or of selfish individual goals. I saw a team that wanted to win as much as I wanted to be a Maroon. And I wanted both. The coaches even gave me a few special team snaps in my last game—a goodbye with closure.

We finished 6–4 this year, a record I’ll remember as my last football season, and an admirable one for a team transitioning into a new era, but the sense I got was that we were a playoff, conference-championship team. As I leave the Maroons, I’m glad I’m walking away with one conference ring on my finger and the feeling that the guys taking the reins will have a few more than I do when they’re left with that final-season lump in their throats.