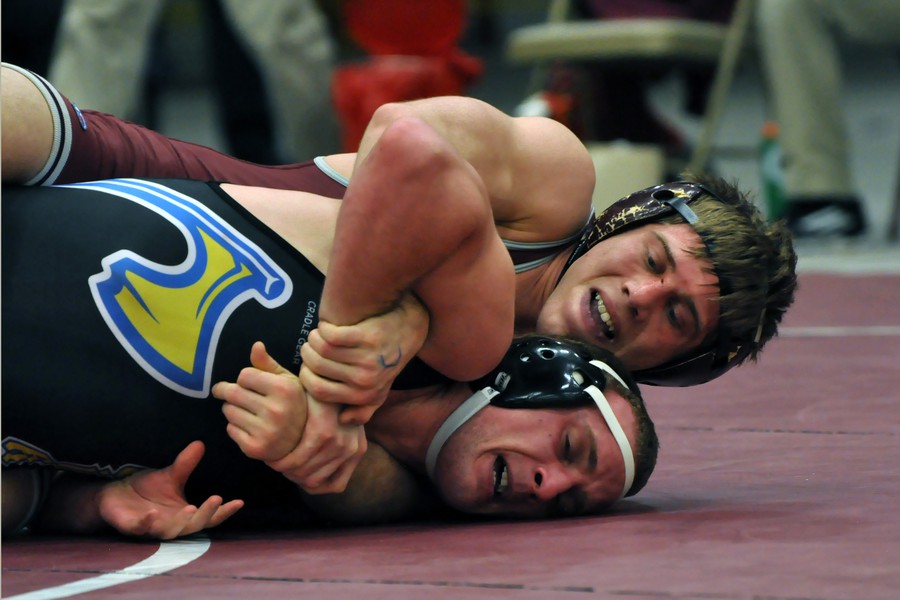 After finishing second at the UAA Championship, the Maroons are looking to make their presence felt this weekend at the NCAA Midwest Regional (Great Lakes) tournament.

At the UAA tournament, Chicago—wrestling on its home mat in Hyde Park—watched NYU dominate Case Western, winning by a score of 43–6. The Maroons also beat down on Case, winning 40–9, but then lost to NYU in the final by a score of 24–15.

Chicago accomplished that with a spotty lineup, too. Head coach Leo Kocher is hoping to have everyone back for the Great Lakes Regional.

“Our lineup is in a state of flux,” Kocher said. “We [are] still trying to get some guys back from injury.”

Kocher highlighted a few wrestlers who will be competing for the Maroons this weekend.

“We have a couple of [fourth-years] competing, Joeie Ruettiger and Jim Layton, who have had strong years,” he said.

Ruettiger has put this Chicago team on his back this season, while throwing his opponents to the ground, showing he’s a force to be reckoned with. Ruettiger is almost always among the top finishers in his weight class and among the leaders in pins for Chicago.

“[Second-year] Mario Palmisano is another one who has demonstrated that he can compete with and beat nationally-ranked wrestlers,” Kocher said.

Palmisano has come on very strong this season following his UAA Rookie of the Year honor last season. He didn’t lose a match for a long stretch between November and January, and was named UAA Athlete of the Week on February 11. At the time, his season record was 17–7.

Kocher touted the competition of the Great Lakes Regional among national tournaments.

“I believe we may get anywhere from two to four guys a top six seed,” he said. “You have to place in the top three to advance to the Nationals, and this Regional is a tough one. We will have the second, fourth, fifth, ninth, 12th, and 29th ranked teams in the nation there. Considering that [there are] a total of six regional tournaments, five of the top 12 schools in one region probably makes [this one] the most competitive in the NCAA.

“The upside is anyone who advances to the Nationals from a Regional this tough has a good chance of placing in the NCAA,” Kocher said.

The Maroons hit the mats at 9 a.m. on Saturday.