Chicago aims to rally back against DePauw, Oberlin

Chicago will return to the site of last weekend’s disappointment to take on the eighth-ranked Tigers, as well as regional rival Oberlin. 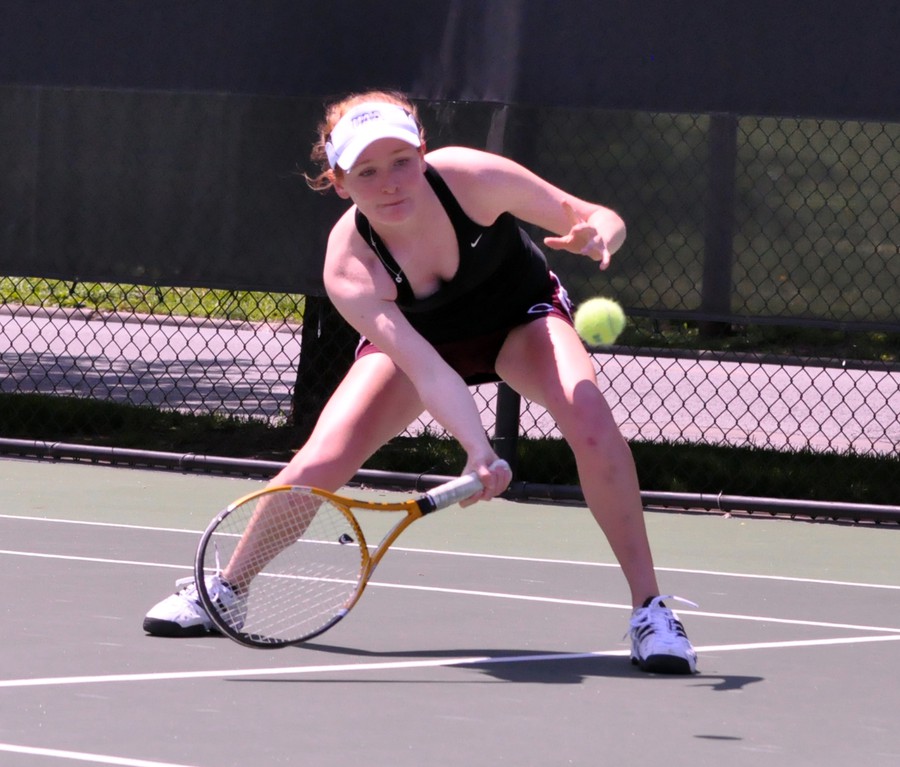 Greencastle, Indiana, and the DePauw Tigers couldn’t keep the Maroons away for long.

Chicago will return to the site of last weekend’s disappointment to take on the eighth-ranked Tigers, as well as regional rival Oberlin. Last weekend, Chicago placed third in the ITA Indoor Championships in Greencastle despite entering the tournament as the top seed. They lost in the semifinals to previously 11th-ranked Johns Hopkins, who was then catapulted all the way to first in the nation as a result of the upset win. Chicago dropped from third to fifth in the national rankings.

Though their performance last weekend was not what the Maroons wanted it to be, they hesitate to call this weekend a chance at a bounce-back win. Instead, Chicago will continue its focus on improving from week to week in hopes of hitting a consistent stride once the postseason arrives.

“Although we lost a match at ITA Nationals, I’m not sure we’re using the term ‘bounce back.’ The loss to Hopkins was tough, for sure, but we’re more focused on improving rather than sending a message to other teams in the country,” head coach Jay Tee said.

“Every match is important to us, but we know we need to peak in late April, not mid-March.”

Chicago will also be able to draw on its experience at the ITAs as they move forward into more important matches down the stretch.

“The past few matches have given us more confidence and rhythm to our game,” fourth-year Linden Li said. “We can only grow and improve from here.”

First on the docket this weekend is Oberlin, who is ranked eighth in the DIII Central Region, where Chicago ranks first. The Yeowomen are coming off an impressive 7–2 victory over DII Ashland. They also boast the seventh-ranked player in the region, fourth-year Farah Leclercq.

After Oberlin is DePauw, the host of last weekend’s ITA Championships. The Tigers entered the tournament as the fourth seed, but fell in the first round to Johns Hopkins—the same squad that would eventually upset Chicago.

But a less-than-stellar showing from the Tigers at the ITA Championships does not mean the Maroons will take them lightly. DePauw will undoubtedly be hungry for a statement win over Chicago, as the two squads could wind up facing each other in higher-stakes matches further down the line.

“The success we’ve had makes us the hunted, and we know we get every team’s best shot every time we step on the court,” Tee said. “DePauw is a very well coached team and their players are fighters in every sense. They’re a top-ten team and we will have to be at our absolute sharpest if we want to leave their building with a win.”

Chicago will also not be at full strength this weekend, further adding to their challenge. The Maroons will be without first-year Helen Sdvizkhov due to a back injury, meaning the rest of the starters will have to pick up the slack.

“We’re obviously aware of DePauw and respect their players, but we’re more focused on our team at this point,” Tee said. “We have too much on our plates than to worry about what DePauw might throw at us.”

The Maroons will handle the challenge the only way they know how: by refusing to yield easy points to the competition.

“We always approach our matches with the mindset that we have to be at our best that day, physically and mentally, if we want a chance to win. We want to go down there and set a tone that we’re here to play tough, blue-collar tennis, and we’re going to make them earn each point.”

Chicago will face Oberlin at 11 a.m. EST and DePauw at 5 p.m. EST on Saturday.