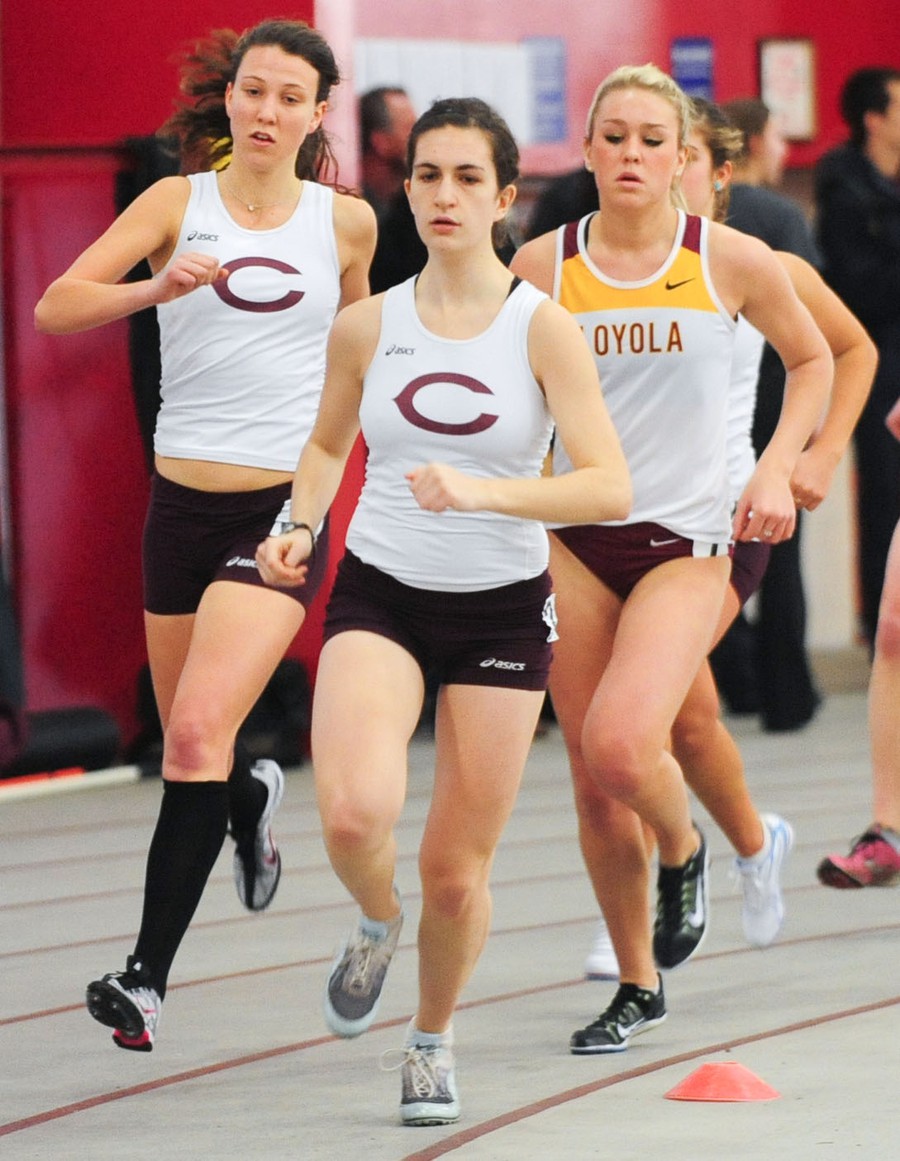 The impassioned work ethic and grit of fourth-year Julia Sizek and first-year Catherine Young was on full display this weekend at the NCAA DIII Outdoor Track and Field Championships in La Crosse, WI.

Despite coming home without a victory, both Maroons performed well in Saturday’s 5,000m final, maintaining their reputations as formidable competitors.

Sizek, just two days after she was named an All-American for her fourth place finish in the 10,000m, placed 16th with a time of 17:22.33, putting her within a minute of the winner, Christy Cazzola of UW–Oshkosh, who finished with a new stadium record of 16:31.17.

“I think that I performed to the best of my ability given my current level of fitness, and I don’t think that I underperformed at all,” Sizek said. “The only difference that would have really changed my performance over the weekend would be if I were in better condition."

“I don’t think that it’s valuable to assess the weekend in terms of room for improvement. My last races were as they were, and there’s nothing I can really do to change that.”

The 5,000m final was Sizek’s last race as a Maroon, bringing to a close a remarkable career and a season in which she has been named an All-American in cross country and indoor and outdoor track. But, as ever, Sizek remained focused on the task at hand.

“I really try not to spend too much time thinking about last performances, first performances, or any of them in between,” she said. “There is really only time to think about the moment, and to spend my time at the national meet reminiscing about my time here is to ignore the fact that I still had a great opportunity at the meet.”

“Catt ran great, and I’m really proud of her,” Sizek said. “From experience, I can say the first experience of running a long-distance race at the national meet is very difficult, and it’s almost impossible to be ready. The fact that Catt showed up and ran a good time is more than enough to show that she is a real competitor now and has great promise for the future.”

When asked about the tutelage she has imparted to her teammates, Sizek answered modestly.

“If there is anything to learn from my running career—which I sincerely doubt—I hope that it would be that hard work pays off,” she said.

Regardless of how Sizek feels she has impacted her teammates, it’s clear that there’s a close bond between them.

“I will miss my teammates because they are my family,” Sizek said. “Personal achievements really do mean nothing unless you have a group of people who you represent and love dearly, and that is the team for me.”

The heralded fourth-year has good feelings about the future of Chicago track and field.

“I’d say that [first-years] Brianna Hickey and Catt Young both show a lot of potential and promise. That being said, I really respect the work ethic of many people on the team. I really want to look at performance lists next year and see how hard work paid off for people like [first-year] Alison Pildner, [first-year] Rachel Jackson, and [third-year] Sarah Peluse,” Sizek said. “I think that there are a lot of people with great potential on the team, and that if they remain dedicated to running, they can be great.”