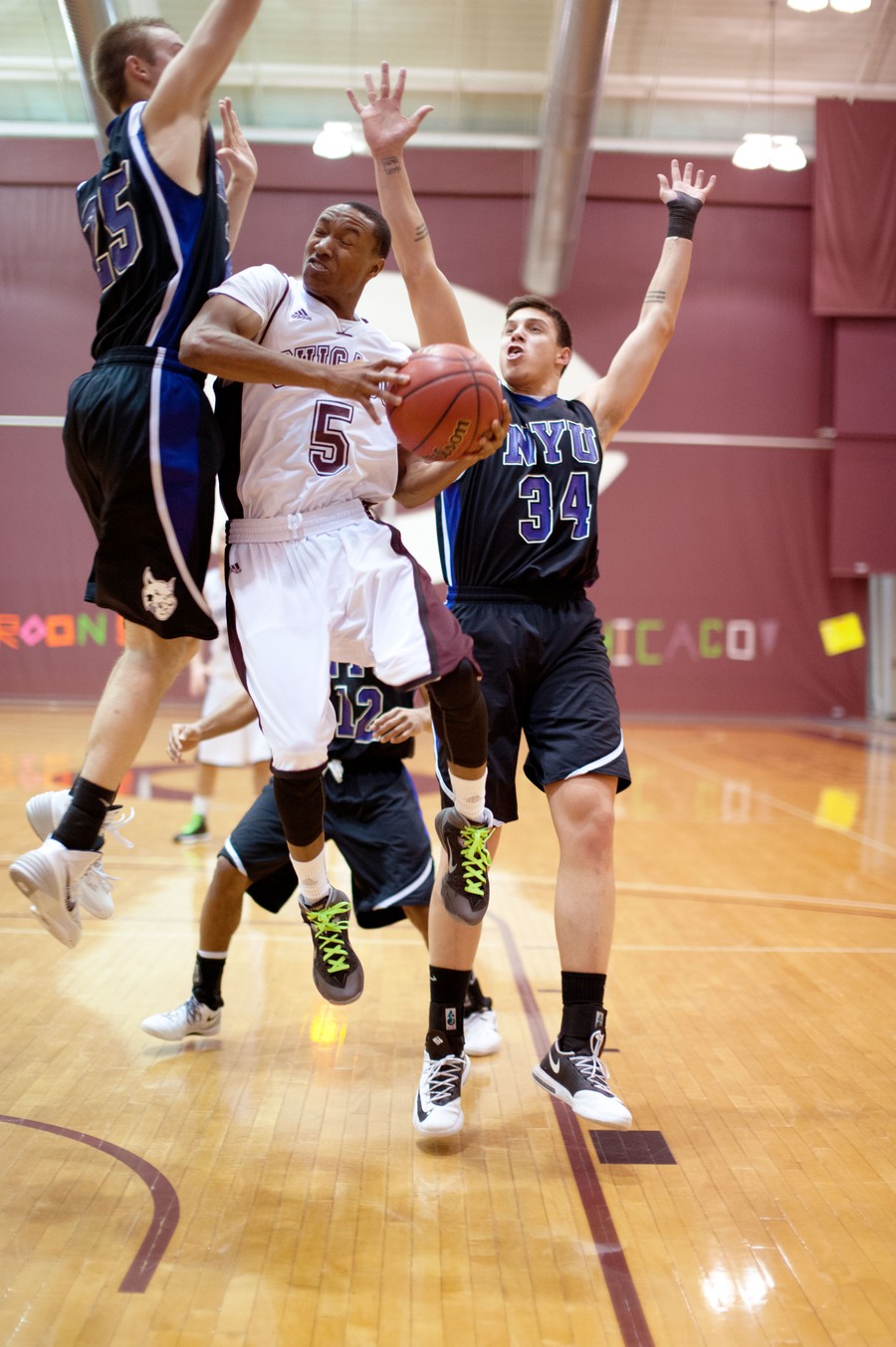 Chicago continued its home dominance over the weekend, beating conference rivals Carnegie Mellon (11–13, 4–9 UAA) and Case Western (13–11, 5–8). The two wins, however, will still not be enough to vault them into the conversation of national postseason play.

“At this point in the season we just want to play as well as we can and leave things on a positive note,” said fourth-year forward Charlie Hughes. “We’re out of tournament contention so we’re just playing for pride at this point.”

The Maroons started the winning weekend by playing the Tartans, a team they bested by just one point in the first half of the season, and this game played out similarly. Just as third-year guard Royce Muskeyvalley made the game-winning jumper in the first matchup, he put in a three-pointer with 1.9 seconds left to seal the comeback win on Friday.

The first half saw Carnegie convert 13 second-chance points in the paint, and open up an 18–6 lead to start the game. But the Maroons were able to battle back, largely due to the efforts of fourth-year guard Derrick Davis.

Down 42–28 at the half, Chicago continued to chip away at the lead with Muskeyvalley and Davis scoring the team’s first 15 points of the period. Eventually the Maroons went on a 14–2 run, drawing fouls and causing turnovers, which gave the South Siders the momentum they needed to capture the win.

The game against Case was not as even, as Chicago dominated from the tip. The home team went on a 17–3 run in the first few minutes, a feat made possible by the Maroons’ gaudy 73-percent mark from the field. Their defense did its part, too, completely shutting down the Spartans in the opening minutes to the tune of a 23-percent field goal percentage to open the game.

“The game plan was simply to come and play with energy. This helped us because we were able to play aggressive and loose,” Muskeyvalley said. “Whenever we approach a Sunday game in this way we have a better chance of winning.”

The home team went into the break up 45–34, a lead built thanks to the Maroons’ aggressive style of play, as they muscled out 16 of their first 25 points from within the paint. However, the South Siders relied more on long-range shooting in the second half, as second-year guard John Steinberg and fourth-year forward Sam Gage poured in threes to keep the lead.

The Maroons coasted to a 15-point win, as they outperformed Case in rebounds, assists, points off turnovers, and points from the bench. This is a performance Chicago hopes to repeat on Saturday, as it faces No. 3 Wash U at home.

“The game plan is to keep the same approach so we can end the conference season with a win,” Muskeyvalley said.

Tip-off at Ratner is scheduled for 3 p.m.