Beyond the beard: History Channel’s Vikings

Vikings star Clive Standen on filming season two: "I got a spear straight through the shoulder this season, and we carried on filming." 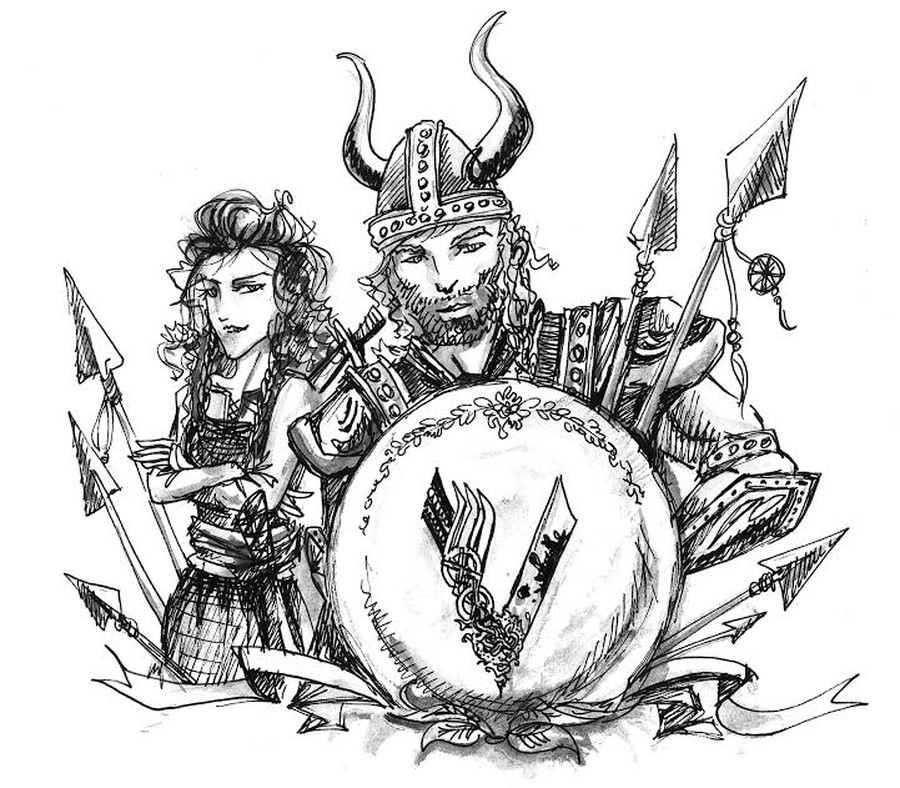 Full disclosure: Like every young boy, I grew up fascinated by Vikings. I devoured all three of the Norse mythology picture books at the school library. I listened to Led Zeppelin III on repeat. I sat through Antonio Banderas’ performance in The 13th Warrior on more than one occasion. And when my friends and I gathered ’round the gaming table to wage campaigns in D&D and EverQuest, I picked The Barbarian every time, Cheeto-dusted fingers snatching the club-bearing figurine with glee. I was a shrimpy kid, after all, and bad at sports—The Mage or The Thief would have been far too on-the-nose for me. I always wanted to be bearded, broad-shouldered, and blonde. But my stubble grows in patches, the weight racks at Crown scare me, and, besides, I’m half-English and half-eastern European Jew—my people have been on the losing end of Germanic conquest for a thousand years on end.

And yet, I still can’t shake my burning love of the Viking ideal: Freedom, adventure, pelts. The idea that, over a long weekend, you and some buds could suit up, hop in a ship, sail down the coast, get in a good scrum or two with the locals, and come back for beers with a boat-load of booty. Those were the days! And so when the History Channel announced that its first scripted drama ever would be titled Vikings, I was more than a little intrigued.

The series, which debuted in March of last year, follows the exploits of Ragnar Lothbrok (Travis Fimmel), a roguish Norse farmer and part-time raider of great ambition and above-average cunning. The show’s first season sees him attempting to go against Viking code and sail west to greater riches, this against the advice and better judgment of his chieftain. It spoils nothing to say that he eventually succeeds, but not before earning the ire of some of his peers, his brother Rollo (Clive Standen) included.

A veteran of action-packed period pieces like Robin Hood and Camelot, and a total dreamboat, Standen is no stranger to sword swinging and cuirass wearing. Yet he jumped at the chance to be a part of Vikings. “As much as I enjoyed the other shows, in a way I feel like they were just a warm-up for this one,” Standen said in a recent phone call. “Vikings is what I was really looking for in a period drama. I’ve always been mad about history, and with History Channel teaming up with Michael Hirst, it just seemed like the package I was waiting for.” With Hirst’s writing, Standen says, they’ve been able to tap into a demographic that includes fans of classic period drama­—“the Pride and Prejudices, the Downton Abbeys…”—as well as a younger audience who enjoys seeing large men whack each other with swords. And, besides, it’s just good fun. “I’m just having a blast doing it.”

Well, most of the time, anyway. Special attention was paid to proper Viking seamanship (“We all had to go through boat camp”), and to realistic Viking brawls. “It helps that there’s real danger to kind of get you in the right mindset.... I can think of many moments where I’ve gotten shields in the face, rugby tackled. I got a spear straight through the shoulder this season, and we carried on filming.” So fucking metal. “But if you’re gonna complain about that shit, you might be signed up for the wrong job!” Standen said with a hearty Viking laugh. “And it’s nice to go for a pint afterward, talk war stories.”

But despite the broad appeal of beard-on-beard violence, the show has still been a bit of a risk for the History Channel. Of late they’ve found a niche-market catering mainly to enthusiasts of extraterrestrials and somewhat dubious antique appraisal. It wasn’t immediately clear that Vikings would be anything more than a rather long version of the historical reenactment scenes they used on the old (and excellent) History documentaries.

That is not the case. Vikings has plenty of sword swinging and ship sailing, but it also has real, human drama and a gripping storyline, albeit one that’s not always excessively faithful to the History Channel’s project. This is an unavoidable consequence of broadcasting on network television. Show runner Michael Hirst has the difficult task of being faithful both to what Vikings (as we understand them) were actually like, and to what people think they were like. No, real Vikings probably didn’t wear leather breeches, sport dope tattoos, or land on English beachfronts with leather boots that a modern Brooklynite would be proud to brandish at the local brewpub.

But Rollo wasn’t really Ragnar’s brother, either, nor even his contemporary. There are far more glaring inaccuracies in Vikings than its characters’ choice of winterwear. And if the show fails to accurately capture your history professor’s vision of 10th-century Scandinavian life, it stays true to the spirit of the 1,000-year-old sagas it draws upon, and the lessons they have to teach: War is brutal. Life is full of trials. No man may know wisdom until many a winter has been his portion. Just good, meat-and-potatoes storytelling, of the type that’s grounded in real human experience and has no expiration date. “The Vikings lived in a world that seems fantastical, like a world like Game of Thrones—you almost expect dragons and monsters—but to them it was very real. I think that’s what’s captured people’s imaginations; it’s a historical drama, but it skirts the realm of fantasy as well,” Standen said.

But Vikings is not Game of Thrones. It’s not House of Cards or The Sopranos, either. Compared to Washington or Westeros, intrigue in Viking Age Scandinavia goes about as deep as pond water. The show’s dialogue is often less than snappy, the plot twists are somewhat predictable, and, besides, you can spoil the whole show for yourself by opening up a history book. And that’s not a bad thing. The Vikings, it turns out, weren’t just brawlers and raiders—they were explorers, statesman, scholars. These are the thinking man’s sort of Viking, more ponderers than wanderers, and the season ahead promises to be one of growth and exploration both for the show and its characters (watch out for Rollo in particular). Horned helmets certainly wouldn’t have hurt anybody, but still I’ve enjoyed this new take on the lovable barbarians. Vikings still makes you want to go chop wood and build a fire, sure, but only so that you can read a thick book by its light.

The History Channel's Vikings makes its season two premiere on February 27 at 9:00 p.m.