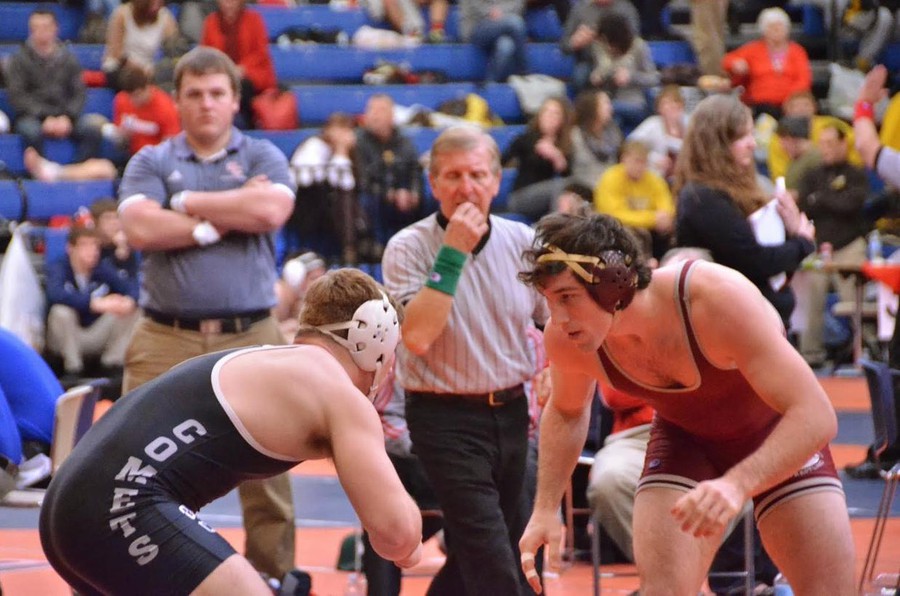 Chicago Maroon: How long have you been wrestling?

Mario Palmisano: Officially I have been wrestling since the seventh grade, but I started wrestling my uncles and cousins long before that.

CM: Did you always know you’d wrestle in college?

MP: I didn’t originally want to wrestle in college due to the academic intensity here, but I decided that I would miss it too much if I stopped.

CM: Wrestling, to me, seems like a sport that’s pretty disconnected between the professional version we see on TV (people in crazy outfits with outrageous nicknames and steroid-fueled muscles) and then the collegiate and high school version. Do you follow any professional wrestling at all?

MP: “Professional wrestling” or WWE is just show business stuff. I don’t follow any of that. Wrestling as a sport has an international scene, including international tournaments and the Olympics.

CM: What’s your favorite sport? Favorite team in the sport?

MP: I am pretty partial to wrestling and football because those are the two that I have played extensively, but I also very much enjoy all sorts of other sports like baseball, track, soccer, and volleyball. I don’t really follow sports on TV very much, but if I had to say then I would pick the Browns and the Indians since I’m from Cleveland.

CM: Did you watch the Super Bowl? What did you think? Do you think any of those linemen wrestled in high school?

MP: Yes, I watched the Super Bowl. I didn’t have any particular favorite but I wish it would have been a closer game. That would have made it a little more exciting. I’m sure some of the linemen wrestled in high school. A lot of coaches encourage that of their linemen because it helps you learn how to leverage your weight pretty effectively.