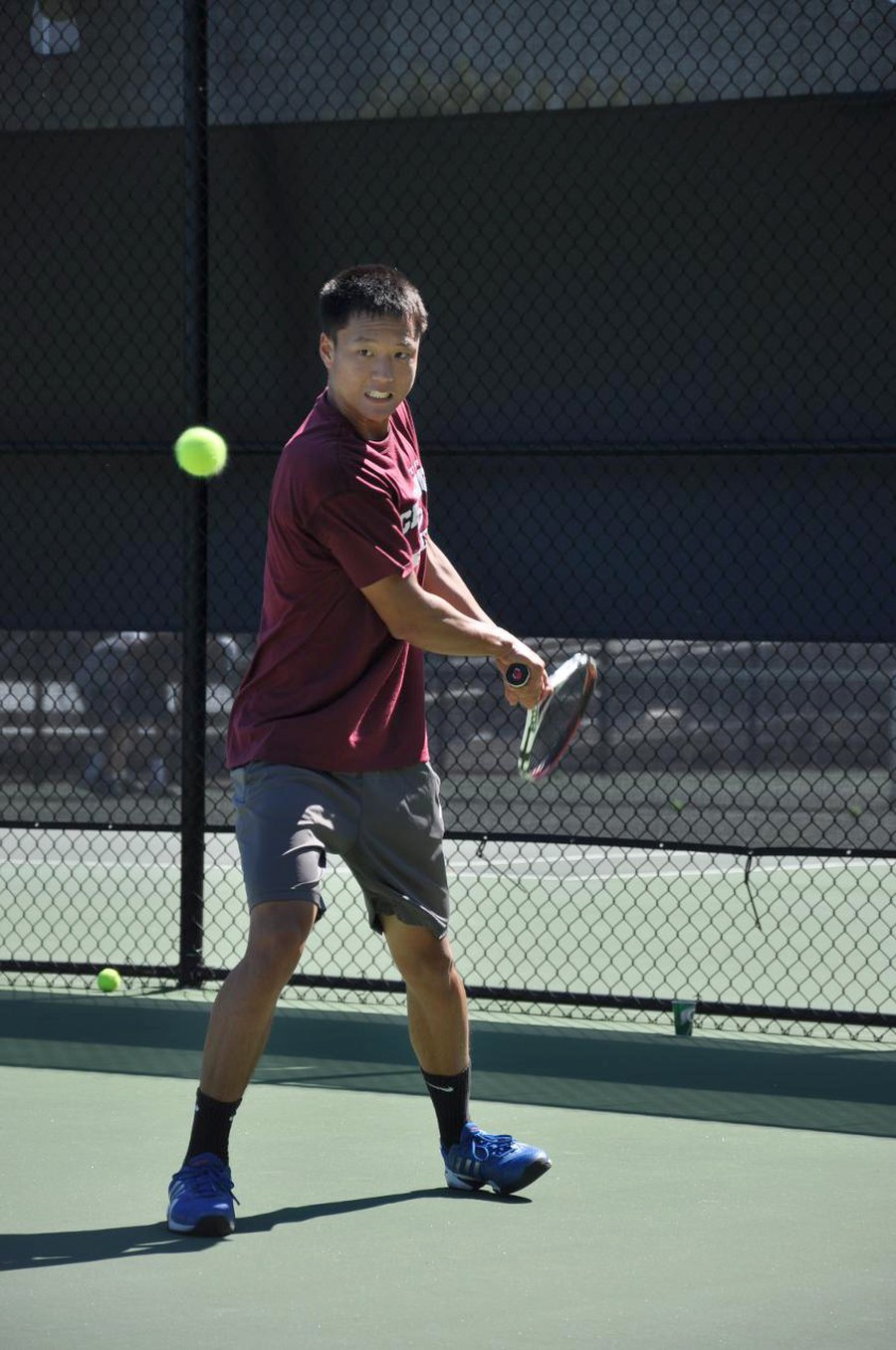 Sometimes looking back at the past is not all that bad.

After initially starting their collegiate careers playing doubles together, fourth-years Krishna Ravella and Zsolt Szabo reunited this past weekend at the No. 3 doubles spot, and they were quite successful. The veterans earned two victories, outscoring their opponents 16–3 in total.

“The thing these two do best is attack,” head coach Jay Tee said. “Even when they miss, they’re being aggressive, and that’s going to be key for us in doubles. They’re always moving forward together, and they play off each other’s shots perfectly.”

But it was not just the fourth-years that were victorious over the weekend. The Maroons blasted past DI Detroit Mercy on Friday 5–2 before cruising to a 7–2 victory on Saturday against DePauw.

“I think we really needed both of the wins but for separate reasons,” Tee said. “We had been playing our best tennis against DI teams since September, so the win against Detroit was great in the sense that we were able to get a win after losing a couple [matches]. Against DePauw, we needed to prove that we could not only beat a good DIII team but also to put some separation between us and them.”

Chicago surged in doubles on Friday, where, on top of Szabo and Ravella’s 8–0 shutout, the No. 1 tandem of first-year Sven Kranz and third-year Deepak Sabada took an 8–5 win. The lone loss came at No. 2 as third-year Ankur Bhargava and second-year Gordon Zhang were edged 9–7.

Still, because the Maroons played with DI scoring rules, they only had the 1–0 advantage going into doubles.

“Friday’s match was the most complete doubles performance we’ve had all year,” Tee said. “We went into the match with a better mindset and played without any hesitancy.”

The biggest loss for Chicago on Friday was at No. 1 singles. Kranz sustained an injury that led to his retirement from the match and sidelined him for Saturday.

“While it was disappointing, it wasn’t the end of the world, either,” Tee said. “We have an extremely deep team, and I have confidence that whoever that next guy in is will do his job.”

Chicago was not hot to start off its match against DePauw in front of over 175 spectators. With Kranz’s absence, Sabada teamed up with Bhargava but lost 8–5. Zhang and No. 2 partner first-year Max Hawkins were barely edged 8–6, but Szabo and Ravella avoided the team shutout in doubles with an 8–3 win at No. 3.

“There was no panic after going down 1–2 after doubles, but there was a sense of, ‘There’s no way we’re going to let this one slip away,’” Tee said.’” Tee said.

And, the Maroons did not let the match slip away; they actually swept all six singles matches, even without Kranz.

“It was a tremendous match to be a part of and gives us some momentum heading into our California trip,” Tee said.

The Maroons have a two-week break before their spring break California trip, where they face Pomona-Pitzer on Monday, March 24.